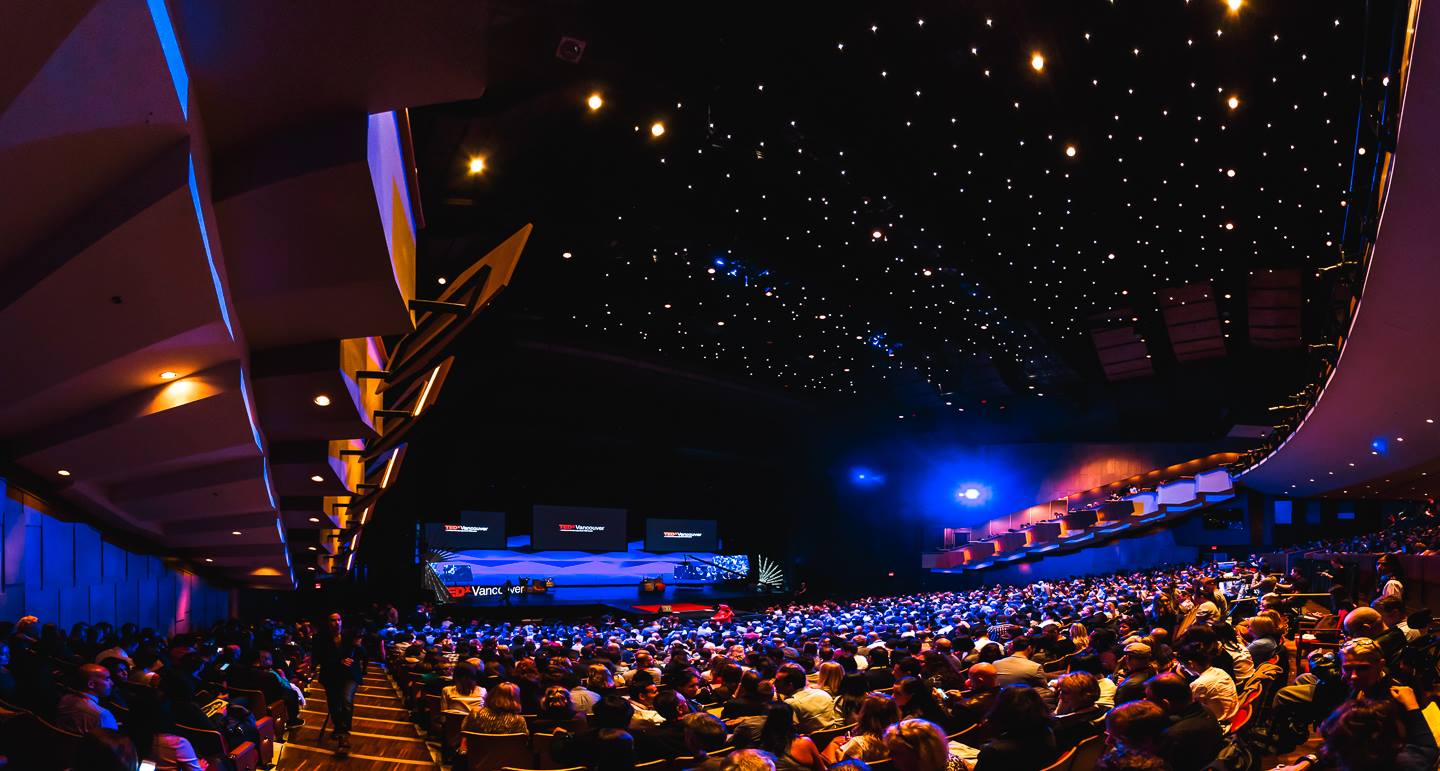 Finally – TEDxVancouver has revealed its third round of speakers and performances for this year’s highly-anticipated event.

This year’s list of unique and fascinating change-makers cover a wide range of industries and disciplines, each of which will challenge the theme of ‘distortion’ in their own way, provoking thoughtful conversation, debate, and the spread of new ideas.

TEDxVancouver 2017 will incorporate the theme of ‘Distortion’, inviting onlookers to celebrate the many lenses through which we can see the world.

Introducing the final speakers, and performance-based acts for TEDxVancouver 2017:

He’s the co-founder and chief wellness officer of Sage. Searching for relief from chronic pain after unsuccessfully achieving it using pharmaceutical medicine drove him to develop a series of well-received essential oils and natural remedies with his wife Kate. As he travels across the country and the globe as an advocate for both personal and professional holistic wellness, he’s humbled and inspired by connecting others with the healing power of his plant derived alternatives.

She is a popular local Canadian actress originally from West Vancouver, born into a family that valued the performing arts. Although her father is a seasoned theatre director who runs his own studio, Serinda chose to follow in her mother’s footsteps by passionately pursuing an acting career. Serinda is known for her roles in Breakout Kings, Graceland, Ballers, and her current lead role in ABC’s Inhumans.

Ginger is of Nisga’a and Kwakwaka’wakw heritage, and is currently the City of Vancouver’s Aboriginal Relations manager. This position is new and already indispensable to managing the tension between First Nations peoples and Vancouver’s modern inhabitants. She has worked on the Urban Aboriginal Peoples Study, and has assisted the former federal Minister of Indian Affairs and Northern Development. Ginger’s ultimate goal is to achieve reconciliation and promote understanding of Vancouver as a borrowed territory.

Also known as “Caliden,” Jason is a Vancouver-based artist and fashion designer, whose work spans multiple mediums and styles. His work centers around hyperrealistic depictions of human beauty. Elusive and dynamic, Caliden’s art has been featured in Flare Magazine, Holt Renfrew, and Saks Fifth Avenue.

Reisa is a local interior designer and entrepreneur. The elements used throughout her creative processes have been inspired by her travels. Reisa is driven by discovering the finest creative solution to any and every design problem, Reisa founded her interior design company “Beyond Beige” in 2003, followed by the “Living Lab Furniture Store” in 2010. She has been nominated for a number of design and business awards, including YMCA’s “Woman of the Year”.

Christie was brought up in a musical world, rooted in Coast Salish culture. With her focused genre being hip-hop, she as an emcee incorporates her traditional knowledge, stories, and ancient Musqueam dialect to spread her cultural teachings. As a multifaceted artist, Christie expresses her gifts in many forms —as a coastal hand drum singer, emcee, filmmaker, and storyteller.

This is an up-and-coming progressive pop band formed by two brothers just earlier this year. Together lead vocalist and guitarist, Jack Di Blasio and Patrick Di Blasio on piano and drums break down musical boundaries as they blend elements of pop, rock, and EDM in their compositions. To date, the Strange has released two singles, Energy Lust in May and Supernova in August. The band’s first full-length EP is set to be released in the later months of 2017.

The Star Captains are an experimental electronic-alternative band local to Vancouver, featuring NaRai on vocals, Jim Black on guitar, Max Zipursky on keyboard, and Gavin Youngash on bass. The Captains debuted with the album New Freedoms in 2013, which set the group apart with its haunting atmospheric melodies and distinct utilization of synthesizers. Their upcoming album, Lightwork, will explore hip-hop, R&B, and pop music styles.

“We are thrilled to announce these remarkable and influential new additions to this year’s diverse and unique line-up of speakers and performers,” says TEDxVancouver’s President, Ian Moore. “This year’s line-up of trailblazers, innovators, and change-makers are sure to move and empower attendees by molding this year’s theme of ‘distortion’ into thought-provoking and inspiring talks.”

For a full list of speakers and to subscribe for full information and updates please visit www.tedxvancouver.com

Enter for your chance to win four tickets to TEDxVancouver

To enter for your chance to win, do the following:

Contest entries will be accepted from the time and date of publishing until 11:59 pm on November 7, 2017. One winner will be chosen at random and contacted through the platform they used to enter.

Price: Tickets to be released online