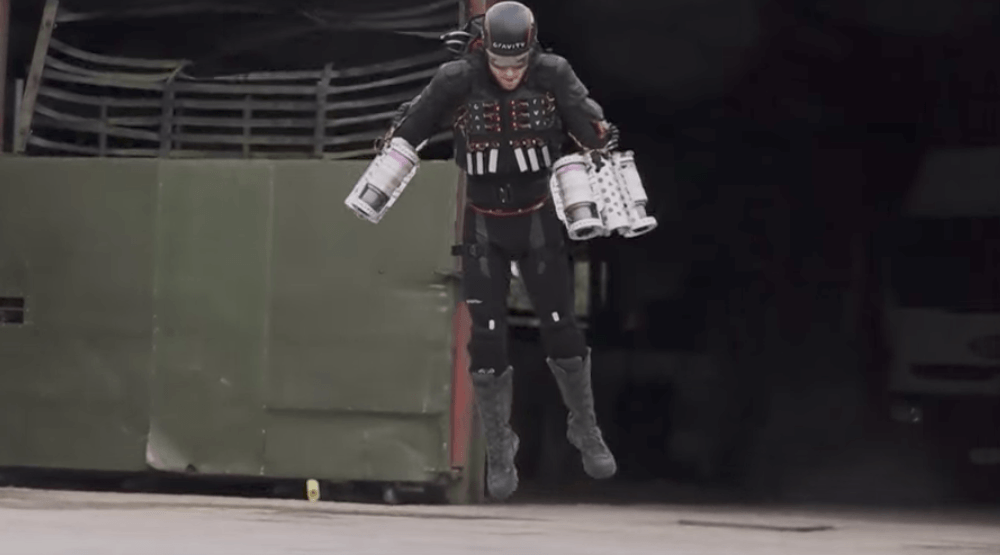 Riachard Browning at his test facility in the UK (YouTube)

Browning is the founder of human propulsion technology startup Gravity, and this week at TED2017 in Vancouver, he wowed the crowd with a short flight around the terrace of the Vancouver Convention Centre.

According to Gravity’s website, the company was founded just last month, and describes itself as “a British technology start-up with innovation, endeavour and inspiration at its core.”

The company’s mission is “to build an inspirational technology company by re-imagining the future of human flight and pioneering aeronautical innovation.”

By the looks of it this week, they’re already well on their way.