Vancouver’s waterfront is about to become a lot more interactive. A 745-foot long sculpture made of billowing red and yellow netting and strung with interactive lighting is currently being installed between the rooftops of the Fairmont Waterfront Hotel and the Vancouver Convention Centre.

On Saturday, March 15 at 7:00 p.m., the artist will officially unveil the completed sculpture at a ceremony held at Canada Place Plaza. The public is invited to attend. 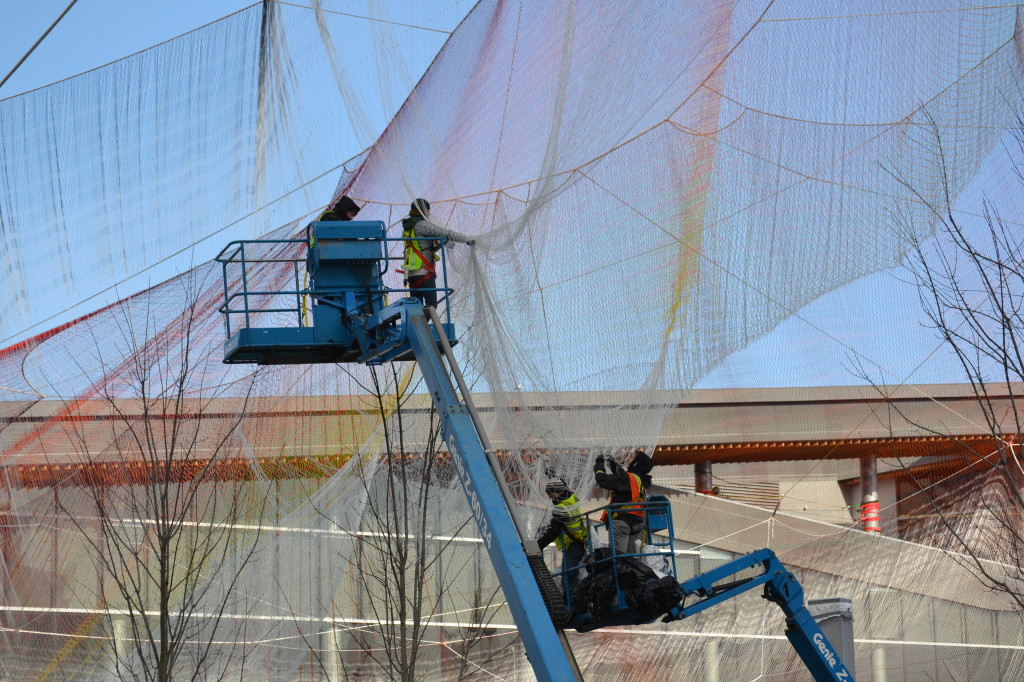 Artist Janet Echelman is introducing her most technically ambitious creation to coincide with the 30th annual TED conference in Vancouver. Echelman will be speaking at TED about her unique medium and how a case of lost luggage transformed her life.

While shipping her paints to India where she was to teach painting and tour the country giving exhibitions, the paints never arrived. She then explored her local community for new materials and was inspired by the fisherman’s netting. 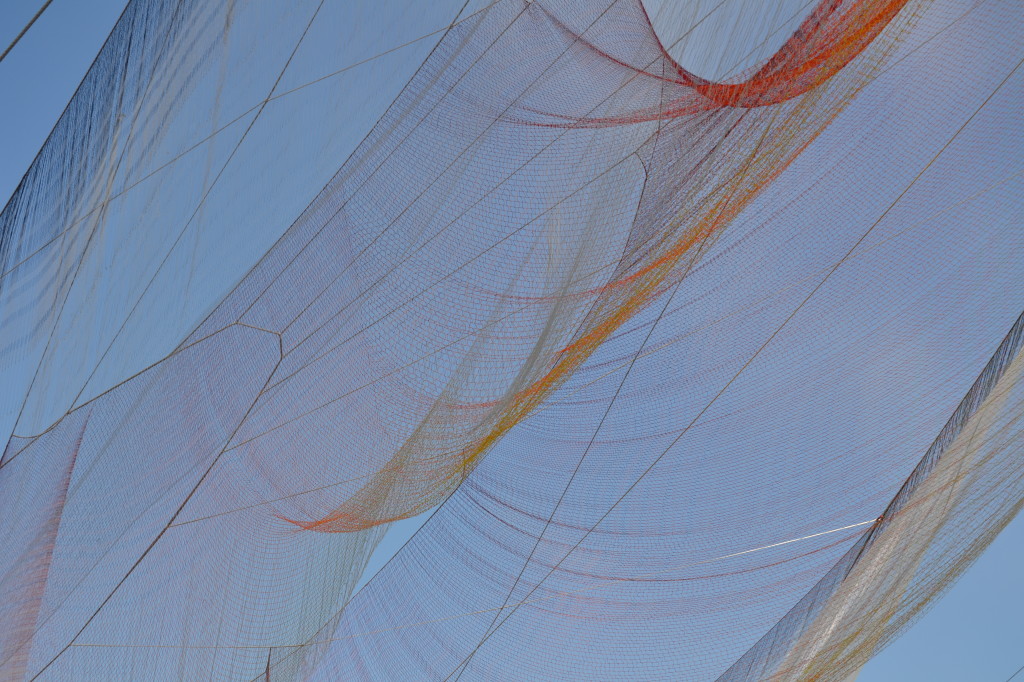 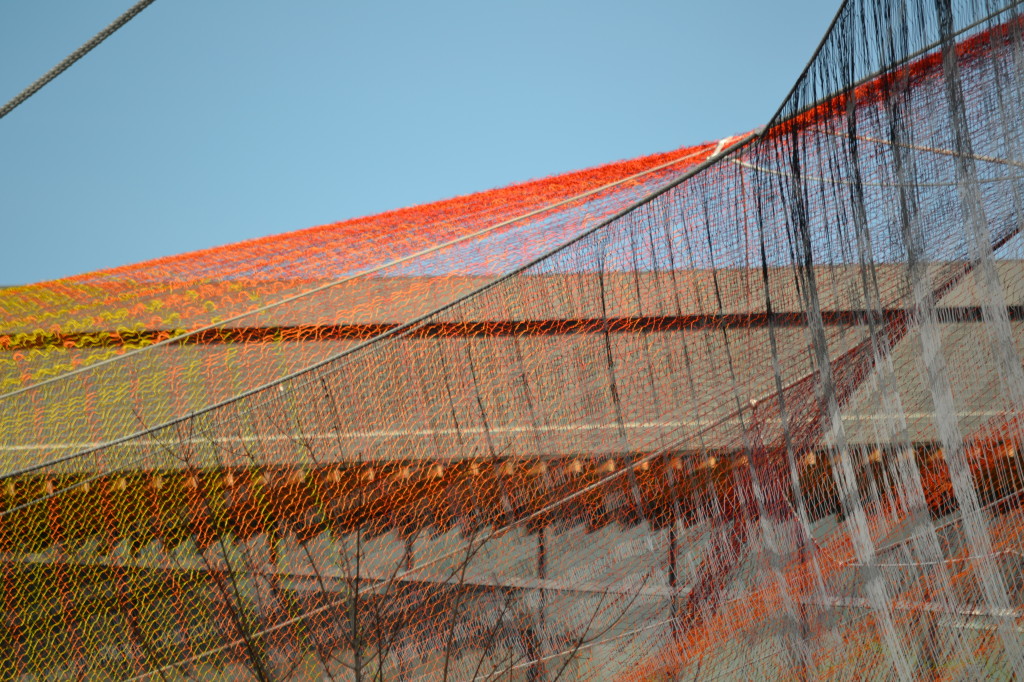 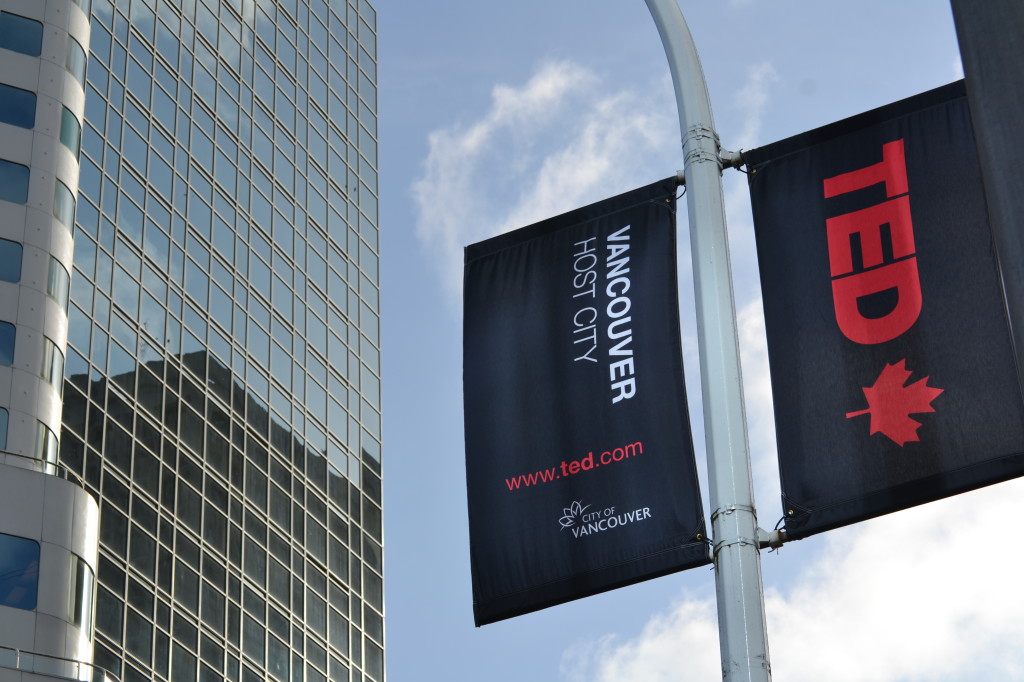 Over 3 times the size of anything she has ever attempted and requiring permissions from federal aviation as well as Port Metro Vancouver due to its location. The sculpture is suspended over streets, water and walkways. The interactive crowd controlled night lighting display was designed by Aaron Koblin. 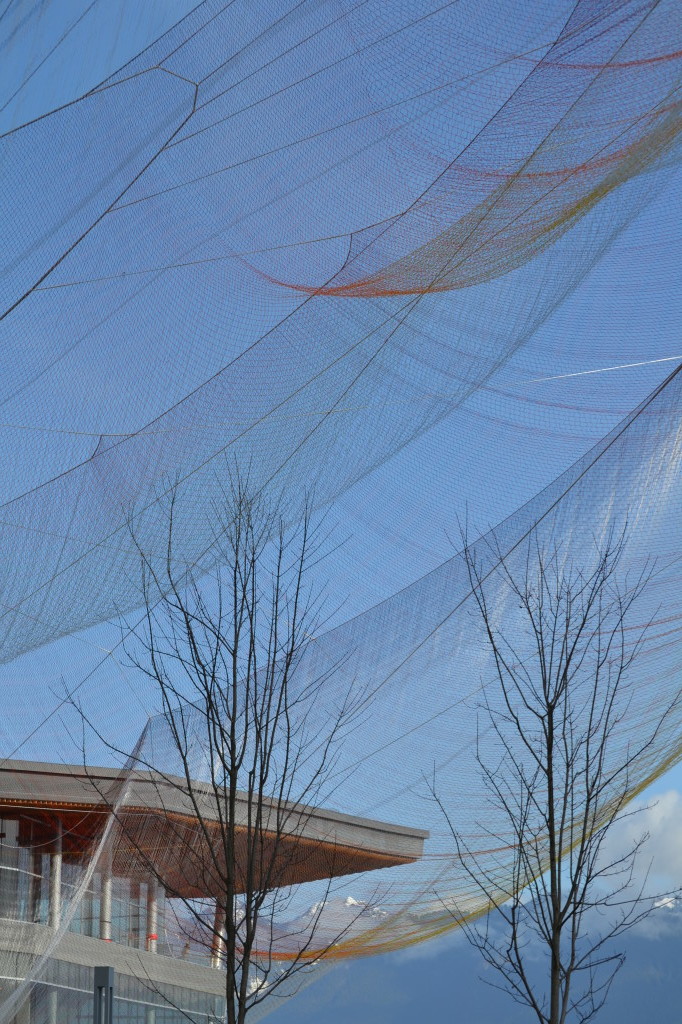 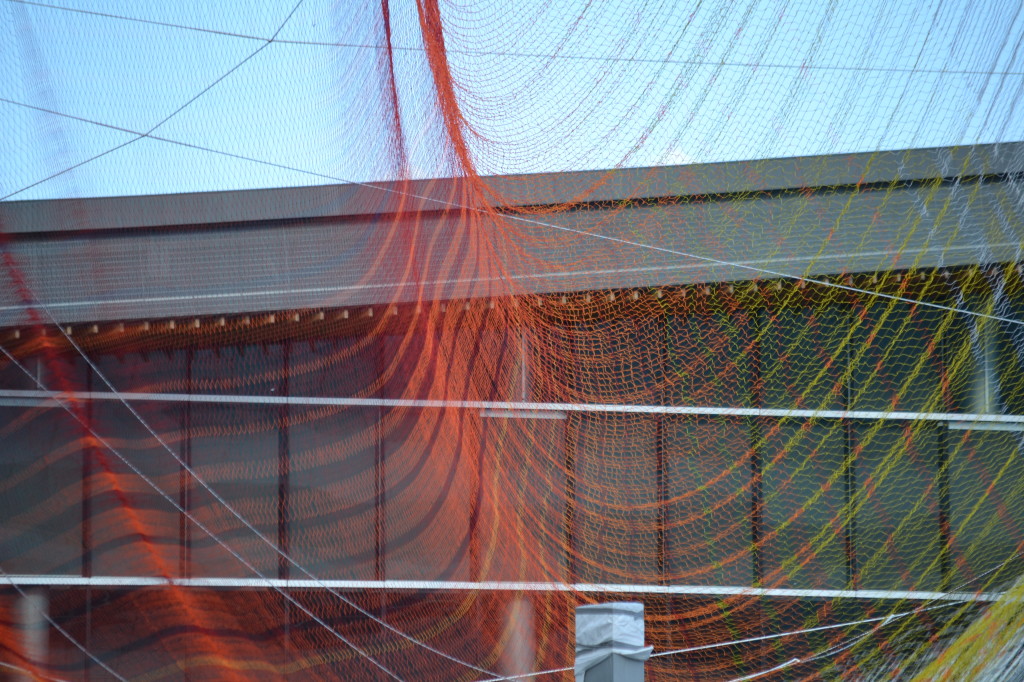 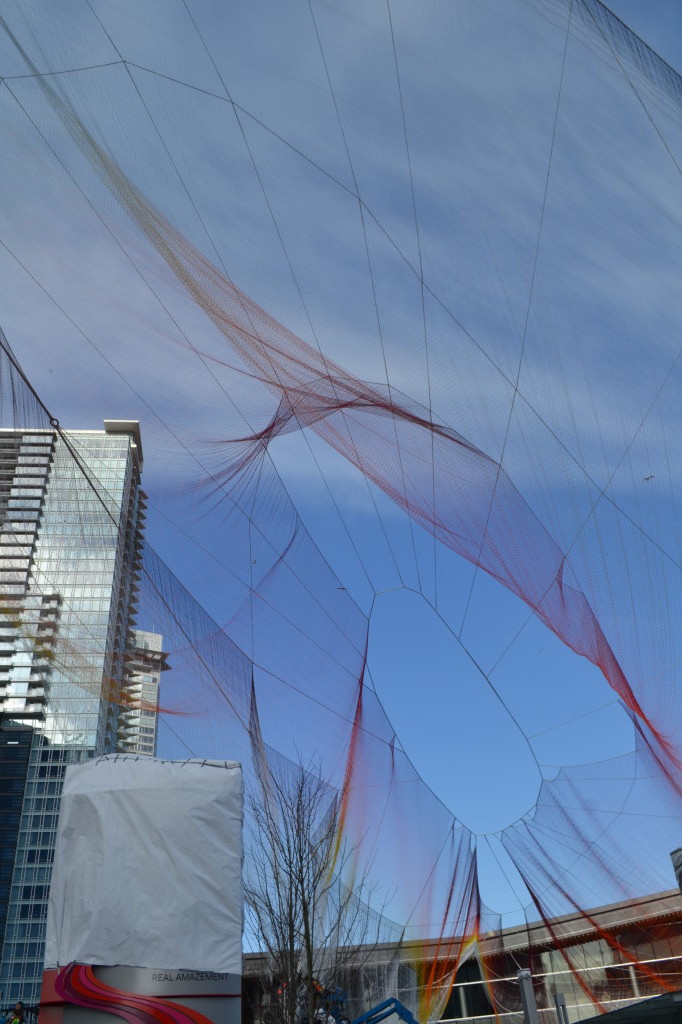 After it’s unveiling on March 15th, the sculpture will remain on the waterfront until April at which time it will begin a tour of international cities. 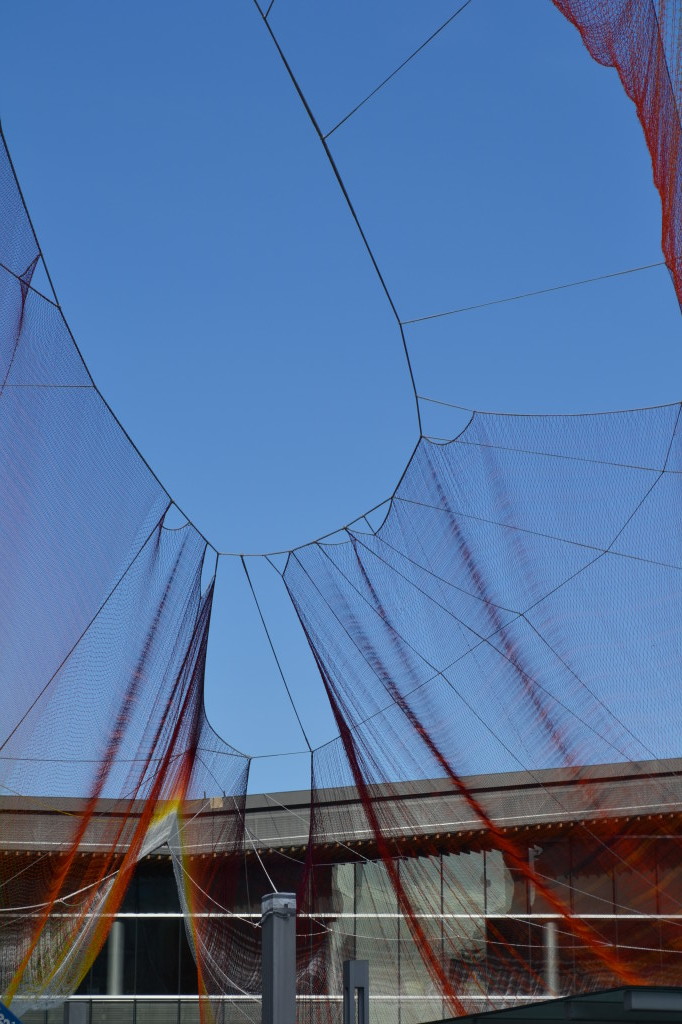 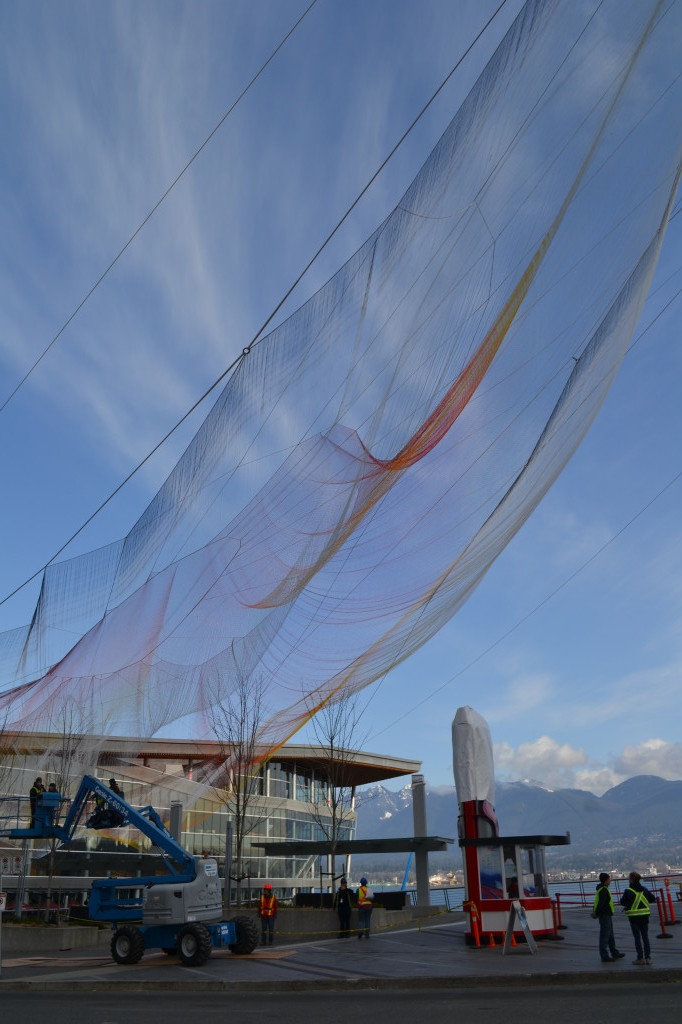 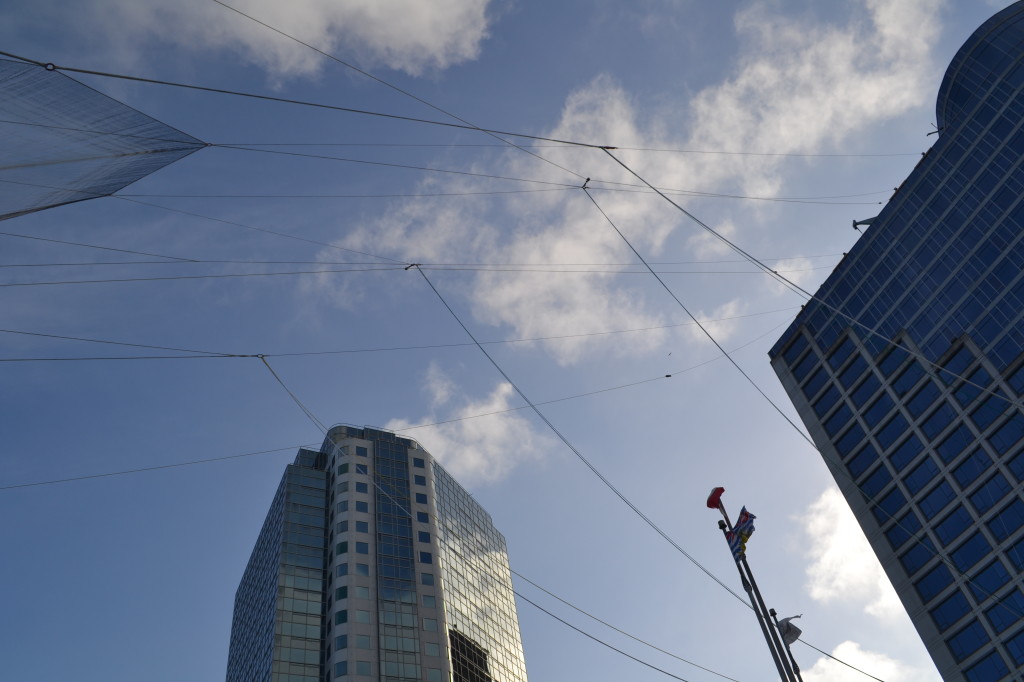 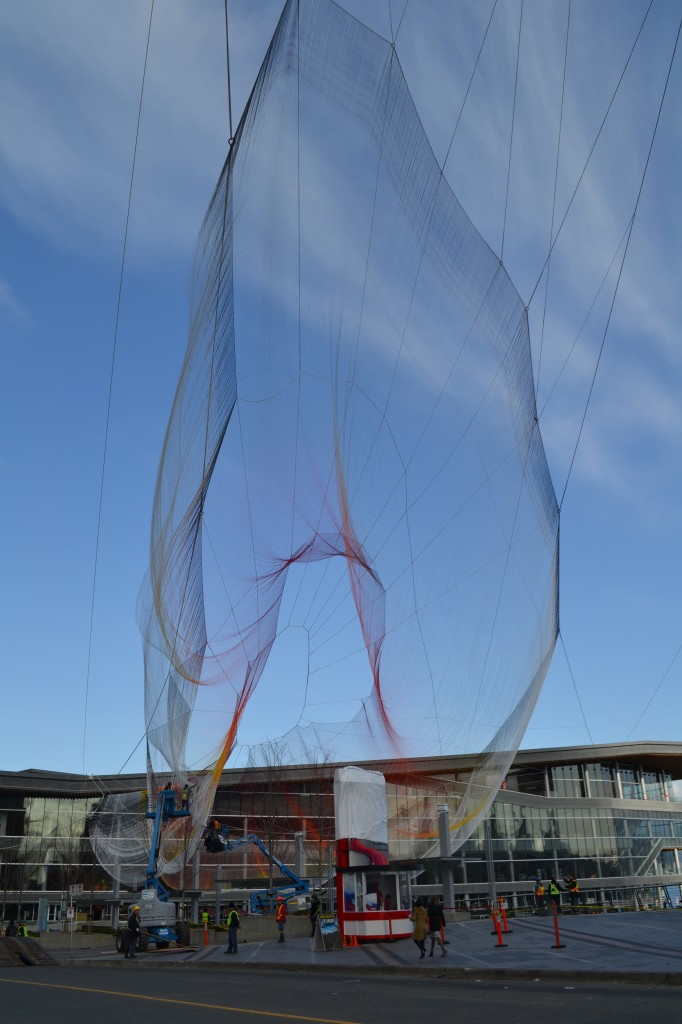 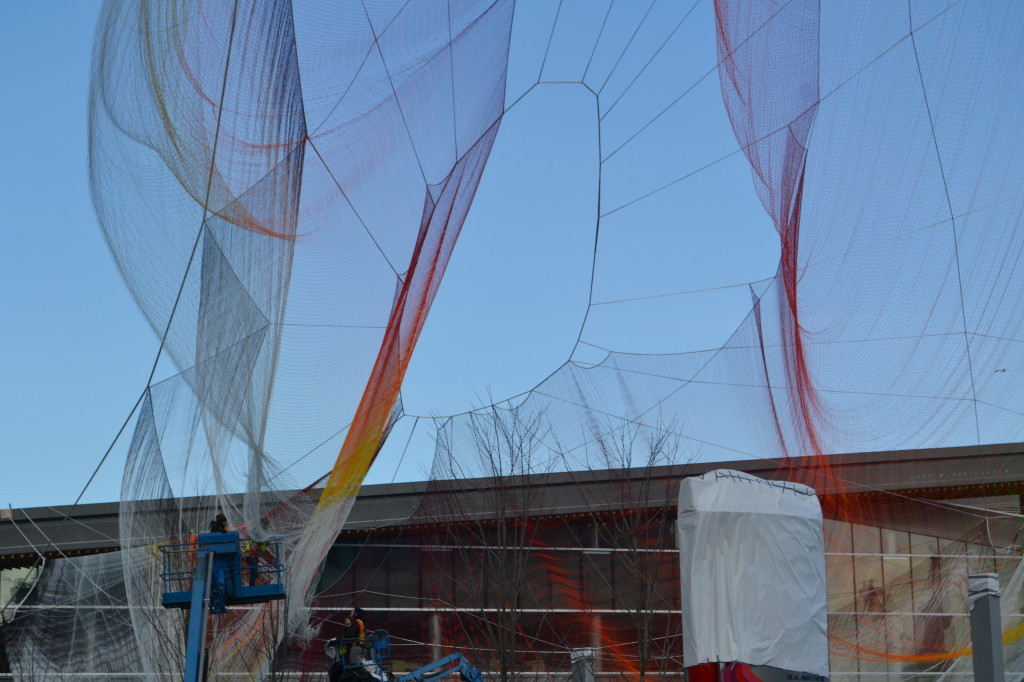