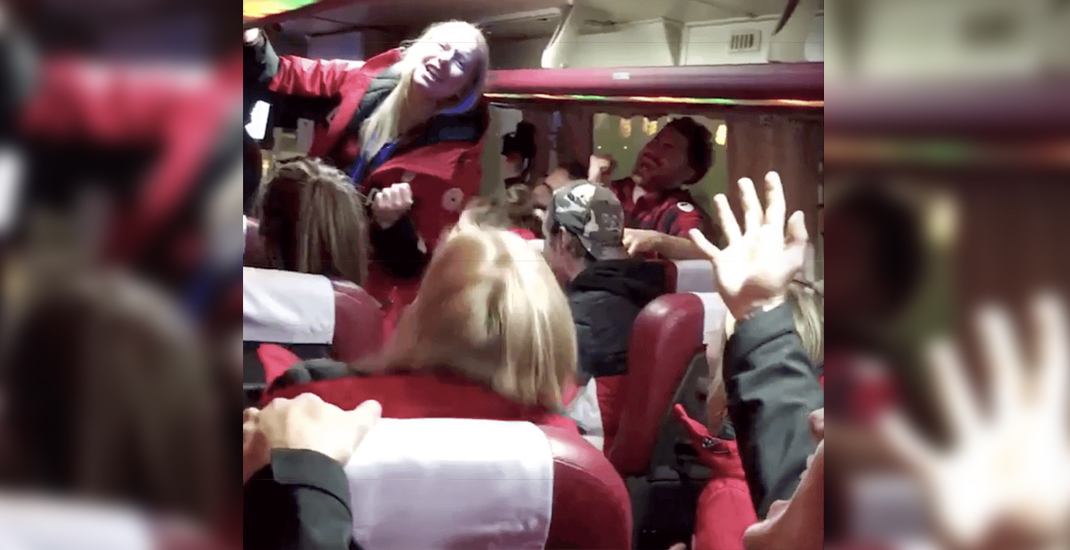 Team Canada paying homage to Celine Dion – it doesn’t more Canadian than that.

And that’s exactly what our Canadian athletes were doing today, and it was captured on video.

It’s not clear where they were headed, but we’re hoping they were going to celebrate their record-breaking 27 medal wins so far at this year’s Winter Games.

Get your party on, Team Canada. You deserve it!