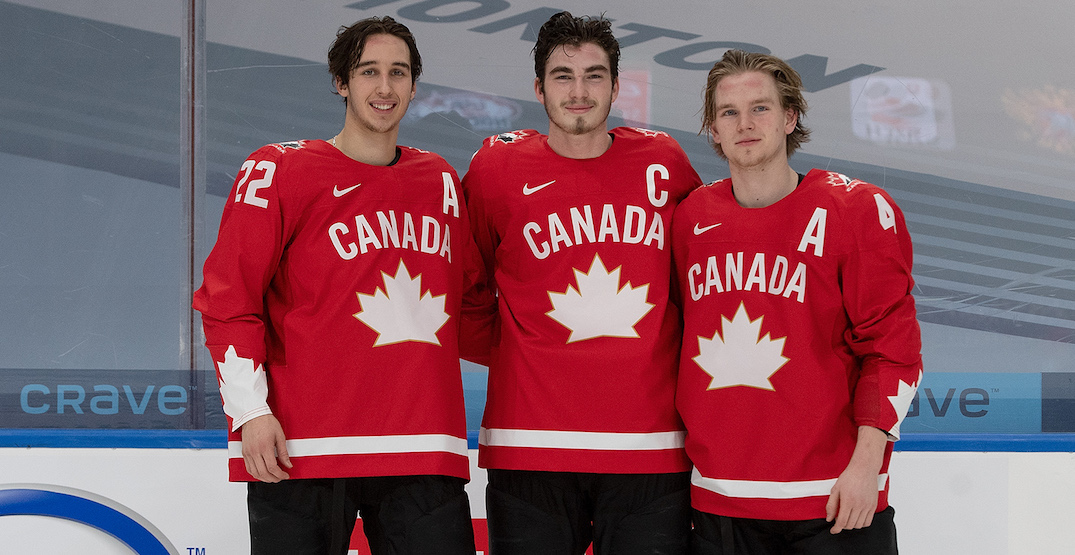 Out of quarantine and back on the ice inside the Edmonton bubble, Team Canada has named three captains ahead of the IIHF World Junior Championships.

All three players that will wear letters on their jerseys were top-seven picks at the 2019 NHL Draft in Vancouver.

“These three players are all leaders in their own right who have the respect of their teammates. Kirby has set a standard for himself through his commitment and determination, which is a great example for the others on our team. He has a strong desire to represent his country,” said head coach Andre Tourigny. “Bowen and Dylan are veterans who know what it takes to win at this tournament, and their voices will be important in our leadership group.”

Canada named its 25-man roster just last week, following training camp in Red Deer. They have since entered the Edmonton bubble and have completed quarantine, with everyone healthy. That wasn’t the case for every team, as the IIHF announced today that Germany had eight players test positive, while positive tests were also discovered with two staff members from Team Sweden.

Canada is the pre-tournament favourite, given their roster features 20 NHL first-round draft picks. The tournament begins on Christmas Day, with Canada’s first game on December 26 against Germany. Canada is competing in Group A with Finland, Germany Slovakia, and Switzerland. Group B is comprised of Austria, the Czech Republic, Russia, Sweden, and the United States.