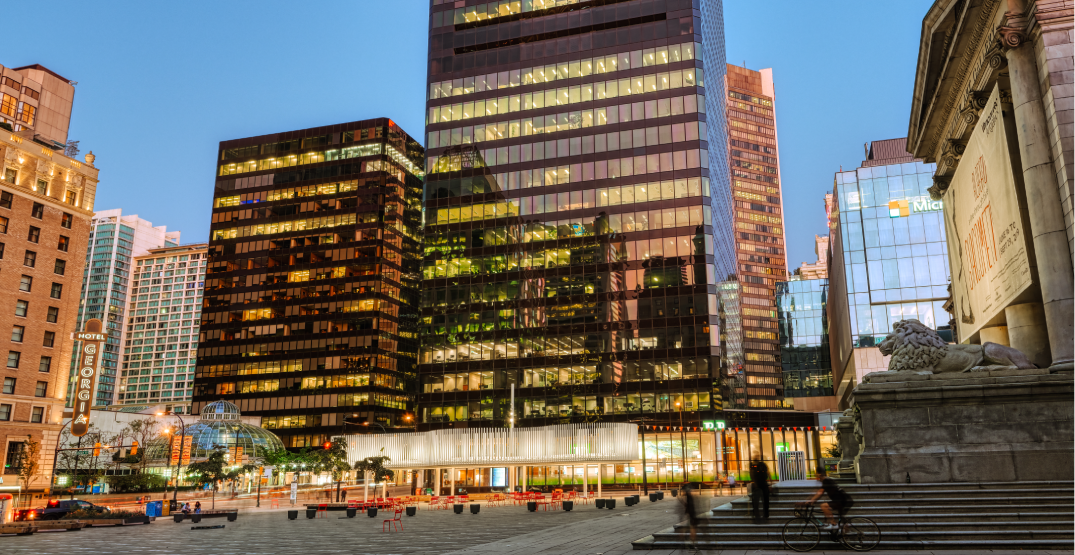 If you’re a tried and true Vancouverite, you at least have some idea as to what and where the TD Tower is.

But what you may not know about the iconic downtown skyscraper is its rich 50-year history — that back in 1972, the entirety of Pacific Centre, and the downtown core, all began with the construction of the TD Tower as the first modern high-rise in the city.

Located at 700 West Georgia, the building’s arrival kickstarted a rapid development boom in our urban core, and today, the 30-storey building is home to some of Canada’s top financial, accounting, legal, technology, animation, and consulting companies. On top of this, it’s connected to the CF Pacific Centre complex which boasts two million sq ft of office space and 720,000 sq ft of premier retail offerings. 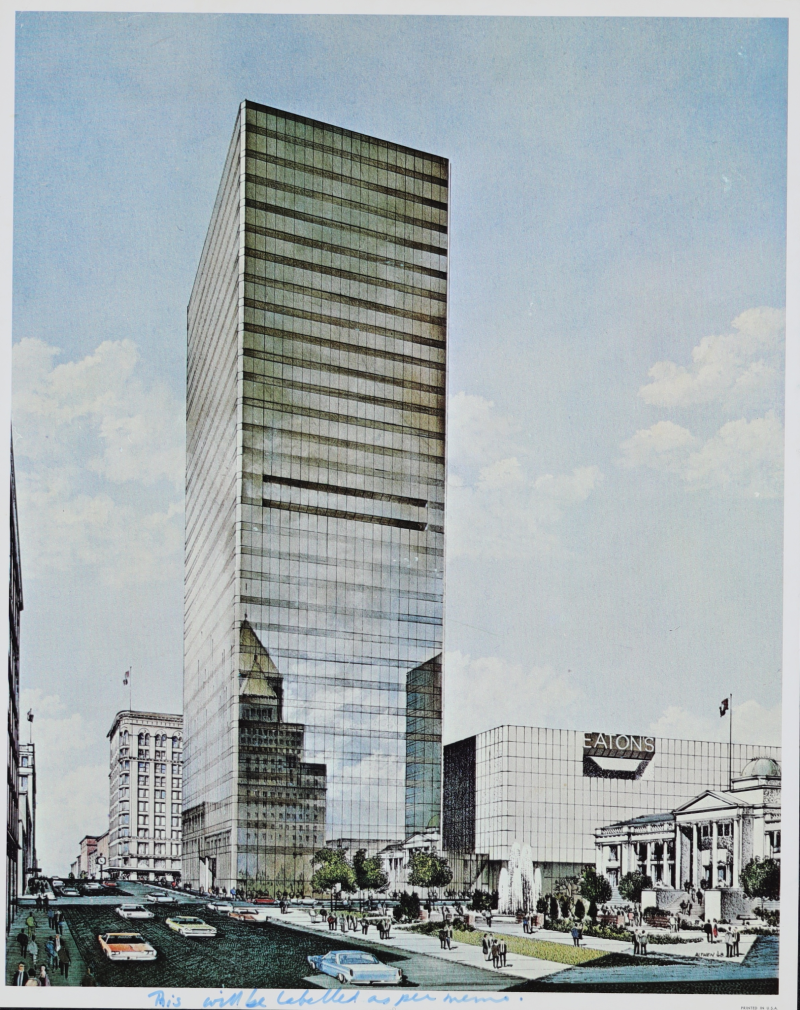 This year marks the Vancouver landmark’s 50th anniversary, and TD and Cadillac Fairview are celebrating with a custom mural designed by local artist Tiffany Royrock, and an installation where guests can sit, take photos, and scan a QR code to learn about the tower’s history — all on a vibrant outdoor seating space at TD Plaza. Pretty cool, right?

The history of the iconic TD Tower 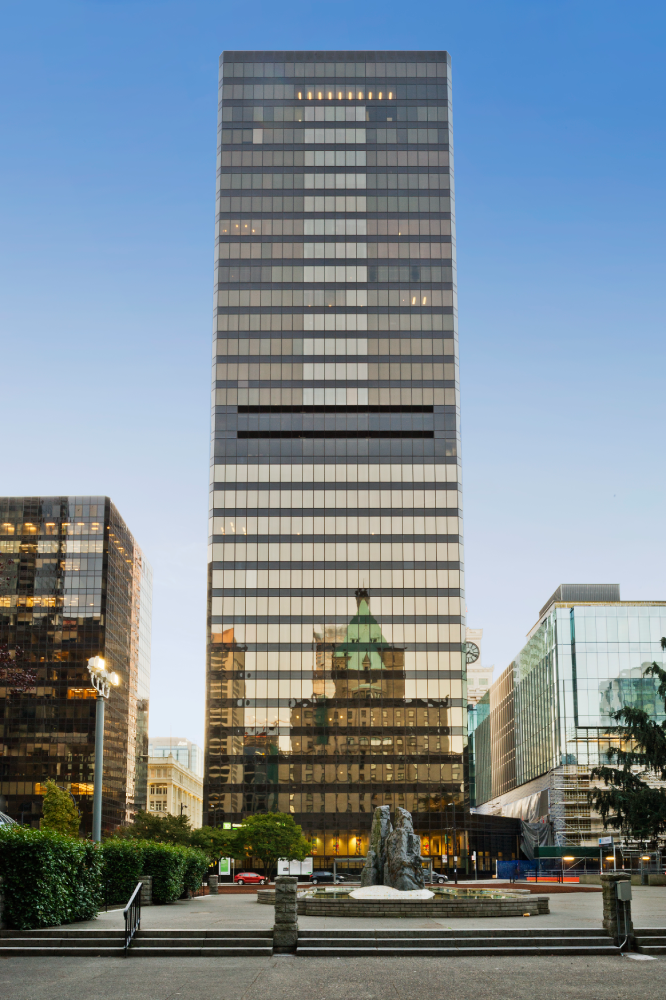 First known as the “black tower” when it was initially built, the TD Tower has undeniably been a huge part of the development of downtown Vancouver.

It was in 1969 when construction began to build Vancouver’s first modern office building — and what would be the city’s tallest building at the time. When 1972 rolled around, construction was complete and the building’s first tenants began to move in, including the law firms McLaughlin, Holburn & Beaudin (now named Alexander Holburn Beaudin & Lang LLP) and Farris LLP — who’ve both remained tenants since that day.

Meanwhile, as TD opened up its first branch within the tower and more tenants joined its community, CF Pacific Centre was being constructed right next door. The iconic Vancouver mall — which today is the largest shopping centre in downtown Vancouver with over 100 shops and services — was first comprised of only 17. 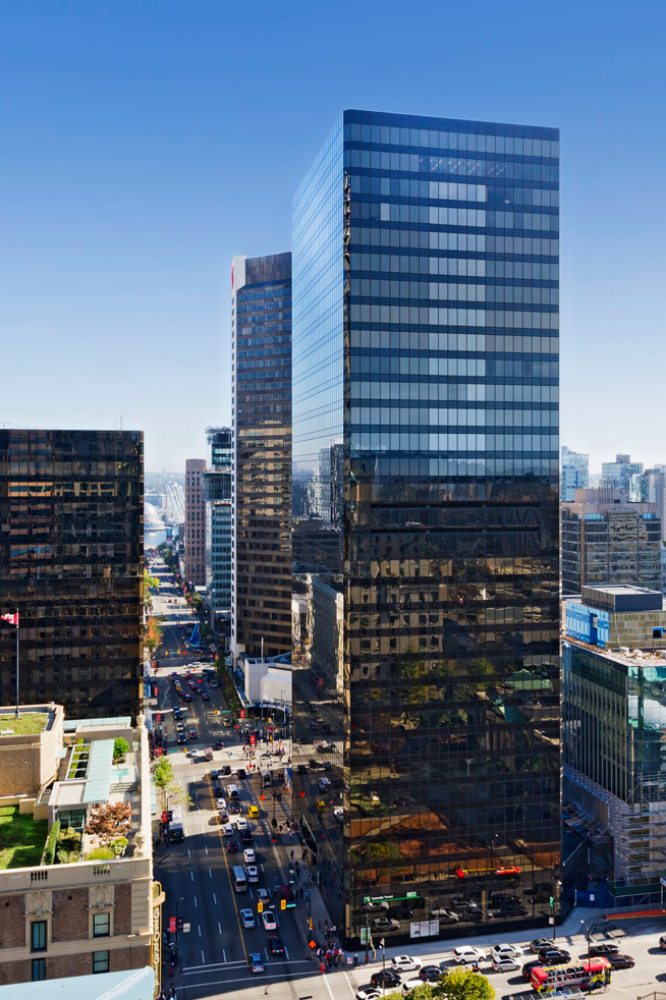 Downtown Vancouver as we know it was expanding from the TD Tower, and 1975 saw 701 West Georgia (TD Tower’s smaller twin) constructed on the corner of Georgia and Granville, while into the 90s, other city landmarks such as the Vancouver Art Gallery moved nearby.

From there, more notable institutions staked their claim in the TD Tower and the spaces nearby, such as the Vancouver Public Library building and Rogers Arena’s arrival in 1995.

Beginning in the early 2000s to current day, the area saw the development of the Canada Line extension of the SkyTrain, was host to the 2010 Olympic Games (who could forget?) and celebrated Vancouver’s 130th anniversary.

Celebrating the past 50 years 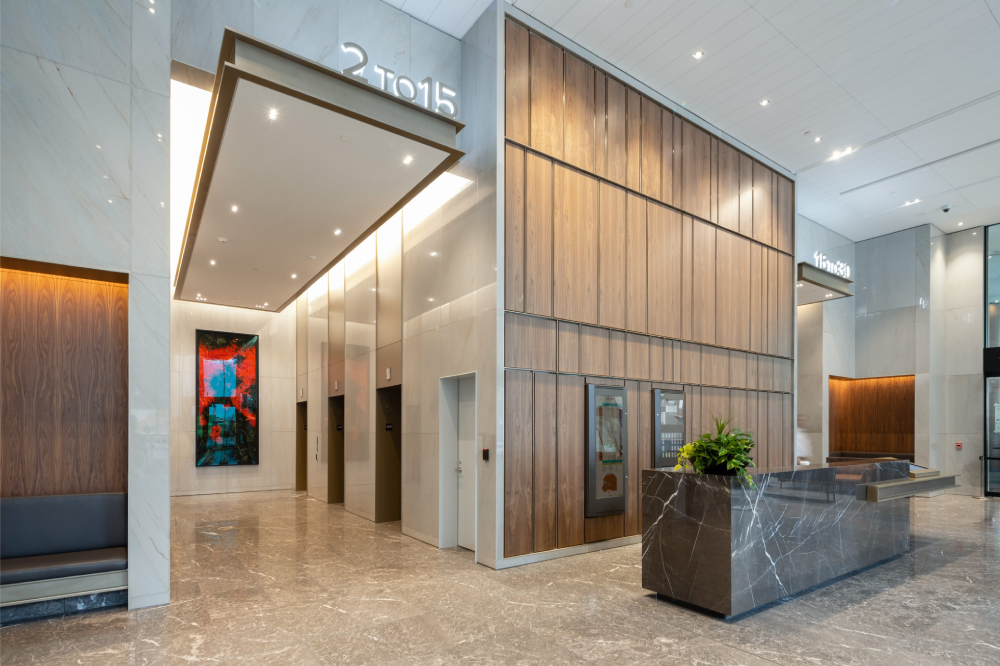 Today, guests to the TD Tower will encounter a newly renovated main lobby space with a sleek and spacious design. TD and Cadillac Fairview are marking the milestone occasion with a limited-time outdoor seating installation and a commemorative mural designed by Royrock, which will be on display until this fall.

Make sure to visit the TD Plaza to check out the installation. To learn more about the iconic TD Tower and its history, click here.

When: Now until fall 2022
Where: TD Plaza, located at the corner of Granville Street and West Georgia Street