Ed Clark, former CEO of Toronto Dominion, actively displayed his support of the LGBT community for nearly a decade. Now, in virtue of the U.S. Supreme Court ruling on same-sex marriage, two TD bank branches in Vancouver have redesigned their stores with rainbow flags.

Only a week ago, the branch location on Burrard and Davie and another on Davie and Bidwell were coated by the flag — both being in the heart of the Davie Village. 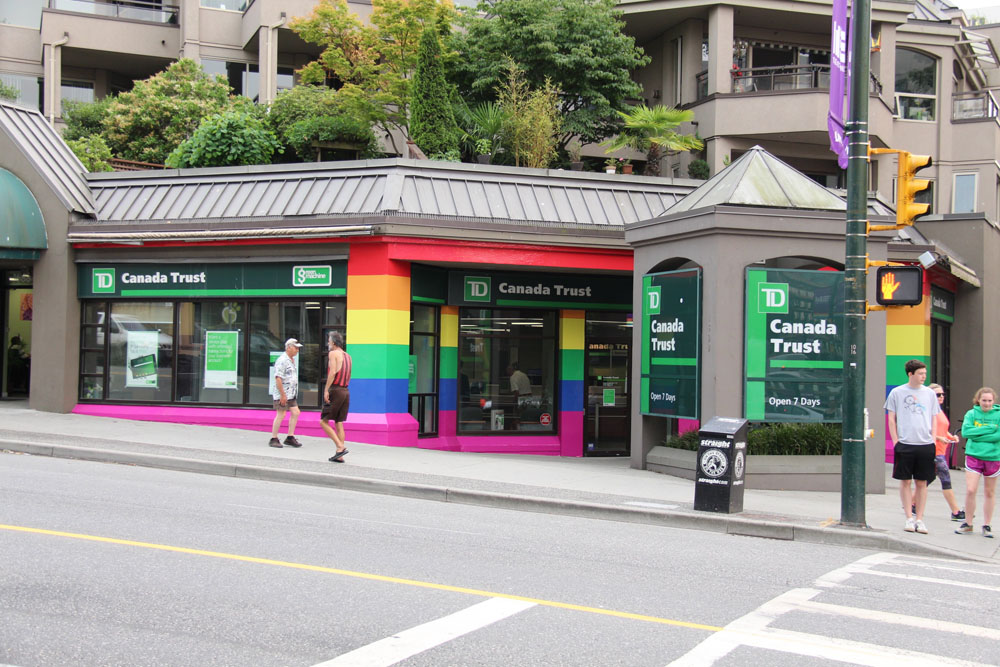 The bank began to embrace Pride publicly in the 1990s, using same-sex ads and launching video campaigns against hate speech. Many originally saw this as a publicity stunt, but this did not stop Clark from giving speeches supporting LGBT rights and using tactics to promote it in their branches.

Clark had told the CBC it was a cornerstone to TD’s business strategy, and a way to “run an institution where people feel comfortable, in fact are excited to go work there.”

TD has for long been known to be a vocal supporter of the movement since Clark, even when tides were against them, using same-sex ads, and launching video campaigns against hate speech.

“Within TD, I think Ed was a huge supporter and someone who was passionate about the cause,” said Grant Minish, the regional LGBTA business development manager.

Minish’s title as an LGBTA business development manager is a position the bank recently added. He is one of two regional managers, another being in Toronto.