Okay, let’s get this out there before we go any further: No, this is not an ad. Shall we proceed? Thank you!

Canada’s potato chip game is strong; we’ve got some flavours unique to the nation that baffle and delight tasters outside our borders.

Exhibit A: A video of Americans trying All Dressed chips (and other Canadian junk food) for the first time.

Last year, All Dressed chips traveled to the U.S. for a limited time, but there’s still a fair amount of cross-border chip envy–not just between Canada and U.S. but around the globe. (Yes, I had a bag of Poulet Roti chips in my carry-on heading back to Vancouver from Paris.) Add to this the annual “Do Us a Flavour” competition held by Lay’s to see where your tastebud loyalties align and the stage is set for some chip fun.

We like fun at Vancity Buzz, so when we were pitched a story on Lay’s 2016 Do Us a Flavour program, the first question I fired back with was: Can we try all the chips? 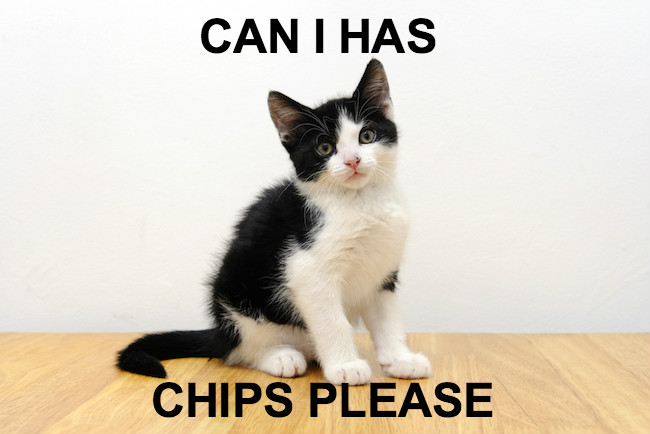 Exhibit B: The globally-inspired flavours up for voting consideration for Canadians this year. For example, there’s Pico de Gallo (Mexico), Magic Masala (India), Spicy Hot Pot (China), Ribs on the Bar-B (Australia), or Chicken and Waffles (America). Bring ’em on!

The bad news is, these flavours are…well, theoretical. Lay’s isn’t making any of these for distribution until they have winners, so we were SOL. To make up for this letdown, we were offered two new flavours to the Canadian market to try out. We’re told they were released to get everyone excited about the Do Us a Flavour program. 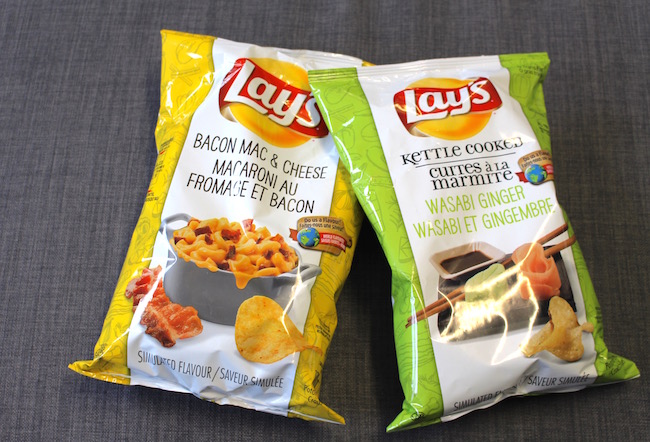 In the spirit of similar “I ate it so you don’t have to” taste stories, the Vancity Buzz staff ate Lay’s Canada’s Bacon Mac and Cheese and Wasabi Ginger flavours, and were put through a rigorous post-eating examination.

Okay, fine, that’s not really true. The stipulation was that anyone in the office could try the chips if they then left their unbiased and anonymous feedback in writing. (The video crew was booked already.)

The feedback about the Bacon Mac and Cheese chips began before the foil was even ripped open. Could our vegetarian/non-pork eaters safely consume this? The ingredients say “natural flavours” but the front says “simulated flavour.” Hmmm. The above category of eaters opted out of this flavour, erring on the side of caution.

Ultimately, as the snacking went into day two (hey, we get hungry around here) the consensus was the chip was fine, but it wasn’t exciting, or particularly bacon-y mac-and-cheese-y.

So there you have it. We tasted them, so you don’t have to. Or you can. But if you do, we recommend the Wasabi Ginger.