Now in its 11th year, the Taste of Yaletown 2015 will run October 15 to 29, and boast exclusive fixed-price menus on offer at over two dozen restaurants in one of Vancouver’s chicest neighbourhoods.

Aimed at getting diners out to try new restaurants or revisit enduring favourites, the Taste of Yaletown brings together the community as only a food event of this scope can. Chefs take the approach of using their special Taste of Yaletown menus to show off exclusive and innovative new dishes, or to assemble a selection of signature favourites.

The menus are available at three pricing tiers: $25, $35, and $45. This year, a portion of the proceeds from the TOY will go to the Greater Vancouver Food Bank.

While there are some familiar names among the list of restaurants taking part in TOY this time around, there are also some newcomers to the neighbourhood and event, like ZEND Conscious Lounge, Lime & Moon Pie Company, and the forthcoming Brix & Mortar, among others. 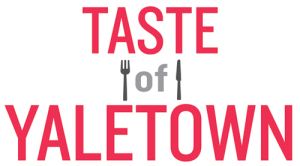 “We’re excited by some of the new restaurants in the area this year and are looking forward to seeing what the chefs are going to serve up,” said Annette O’Shea, Executive Director of the Yaletown Business Improvement Association–the group that runs the TOY event.

Because the event tends to be very popular, it’s always suggested diners secure reservations so they don’t miss out on enjoying the restaurants of their choice.