Bistro Sakana, one of Yaletown’s most beloved restaurants, is greeting the annual Taste of Yaletown 2014 with a menu featuring two new appetizers and a delectable selection of their signature dishes.

This is Bistro Sakana’s fifth year participating in TOY, and the West Coast izakaya-style restaurant and sushi bar is looking forward to not only welcoming new customers, but greeting those who come back to enjoy the special Taste of Yaletown menu year after year.

Bistro Sakana’s executive chef Etsuko Needham and her husband Peter have culled from their extensive menu a set of five tried-and-true dishes to serve as a sampler platter main course on their $35 TOY menu. 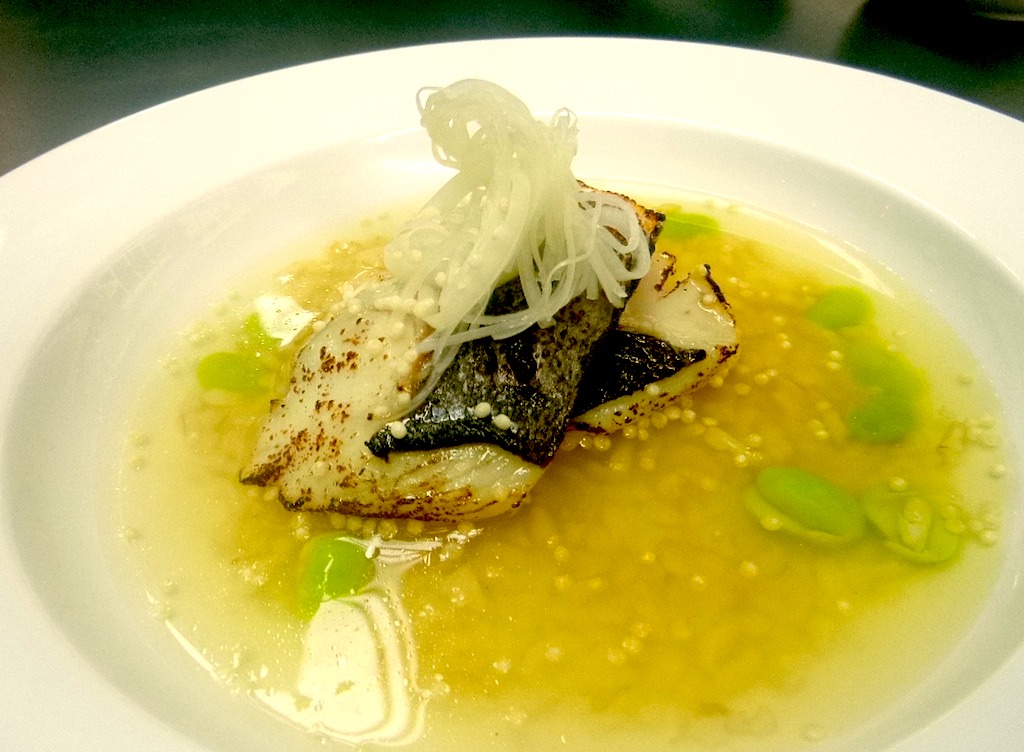 The three-course meal begins with the diner’s choice of one of two appetizers. The Suzuki Dashi-Chazuke has been pleasing palates for a few weeks now, with its sea bass marinated shiro koji–an increasingly popular fermented rice and salt mixture that lends a deep umami quality to the fish’s supple flesh. The sea bass rests in a light macha dashi broth dotted with the verdant nuttiness of edamame.

Making its Bistro Sakana debut via the TOY menu is the Crispy Wild Sockeye Skin Salad, which pairs the crispy fattiness of the salmon skin with the bold, clean, sweetness of yuzu vinaigrette and the salad of mizuna greens, daikon, pea sprouts, carrot, shiso, and Asian pear.

On the platter are two kinds of “Hakozushi” box-pressed sushi, both which pack mighty flavour into their mouth-sized bites. The Sockeye salmon is boosted by the unmistakeable zing of raw jalapeno, while the marinated albacore toro is dusted with red chili flakes that create a delightful heat quickly tempered with the sweet-sour of a tiny key lime sliver.

Both the Prosciutto Roll and the Crunchy Filo Scallop and Prawn have been on the Bistro Sakana menu since they opened about nine years ago, and remain perennial favourites. The Prosciutto Roll finds Chef Needham veering her sushi-ya training into Italian fusion territory, with a roll wrapped in the cured ham, filled with mango and goat cheese, drizzled with unagi sauce, and paired with an intriguing basil-shiso pesto.

The fried filo-wrapped scallop and prawn are visually stunning, and definitely prove why they’ve become one of the eatery’s calling card creations. Lastly, the Black Sesame Encrusted Tuna shines as a simple preparation of seared albacore emboldened by its companion yuzu-shiro-miso sauce. 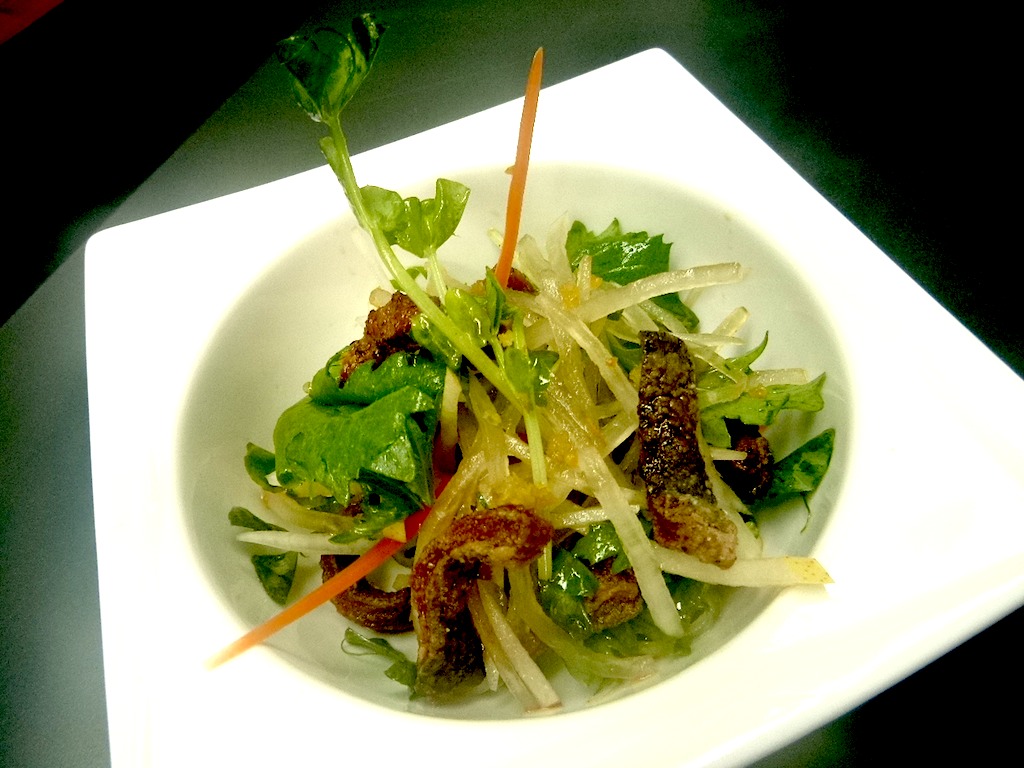 If you’ve managed to save even just a bit of room for dessert, you’ll want to take as many bites as you can manage of the rich brownies, which have been adapted from co-owner Peter Needham’s mother’s own recipe. They’re served with house-made vanilla bean gelato and a warm chocolate sauce. 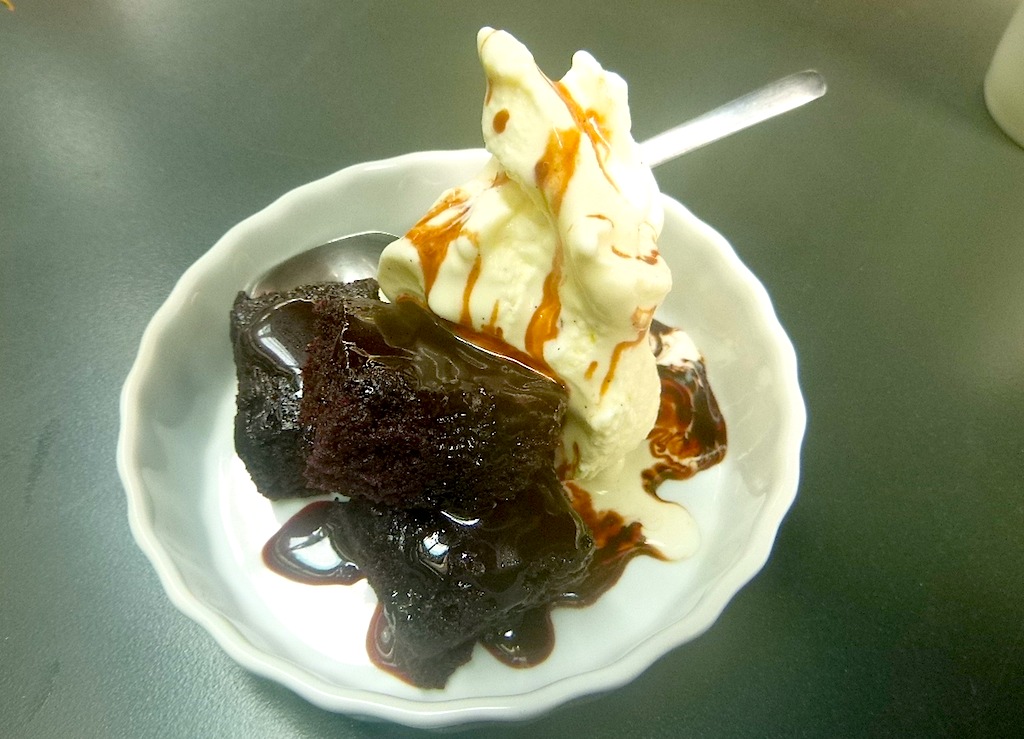 The Needhams say enjoy participating in TOY since it affords them the opportunity to give customers a varied sampling of their best dishes in smaller portions. Hopefully the taste of Bistro Sakana that an event like Taste of Yaletown diners can enjoy will find them coming back for more.