Earlier this year, we found out that Tap & Barrel was expanding to open the company’s third location in Metro Vancouver at the foot of North Vancouver’s Lonsdale. We had the chance to meet with Daniel Frankel, president and CEO of Tap & Barrel Restaurants, to get an inside look at the new location before construction started. Since our walk through, the group has signed their official lease and construction has begun.

The Shipyards of North Vancouver first opened as the Wallace Shipyards more than a century ago in 1906, and was one of the most impressive industrial operations in western Canada, completing a total of 379 vessels before it closed in 1992. The Shipyards have become a defining aspect of the City of North Vancouver and Lower Lonsdale, and is recognized as a heritage site. The foot of Lonsdale, constructed in the 1930s, is currently undergoing a site stabilization and environmental remediation, and is anticipated to be completed by January 2015. 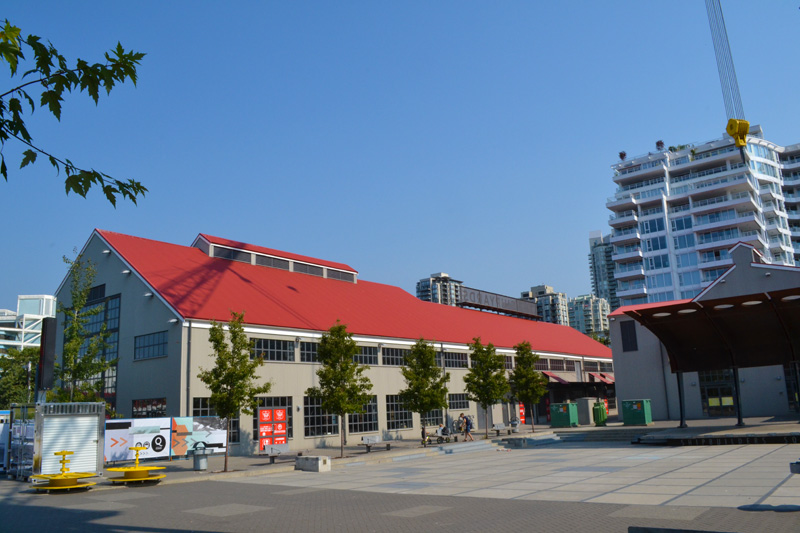 “I had snapped pictures of this building wondering what would happen,” said Frankel, reminiscing seeing the building back in 2011. “I always wanted a building like this.”

The building currently sits as one big empty space, but Frankel’s plans are to increase the size from 8,500 sq. ft. to over 12,000 sq. ft. With high ceilings, the opportunity to build a second floor mezzanine (with 120 seats) was brought forward, which will complement the extraordinary cathedral-style window opening up to the downtown view. 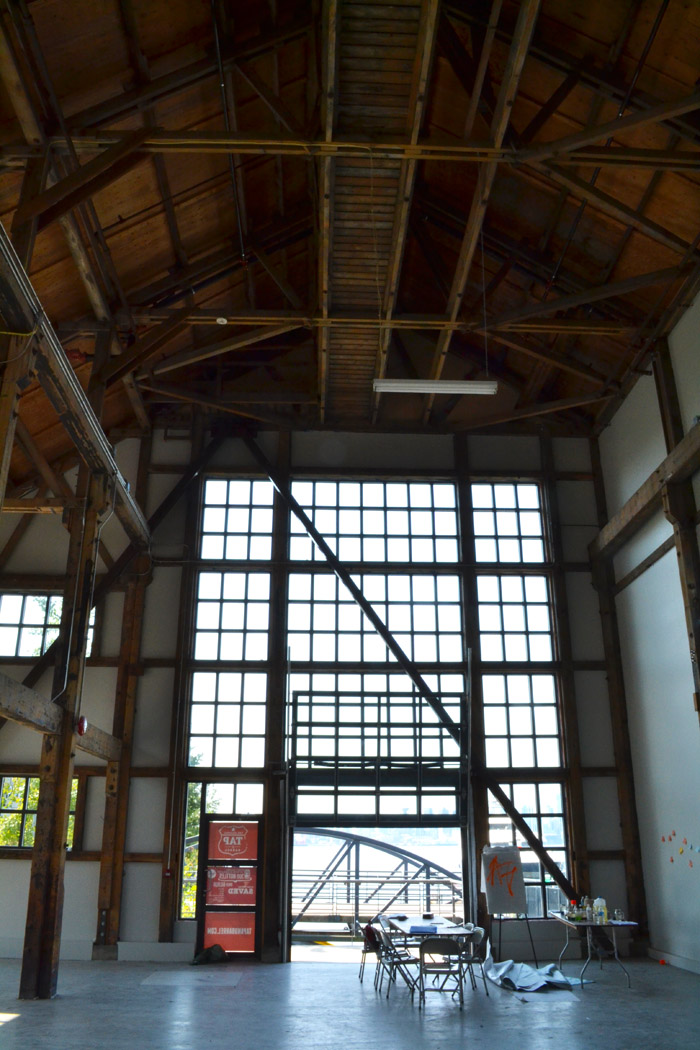 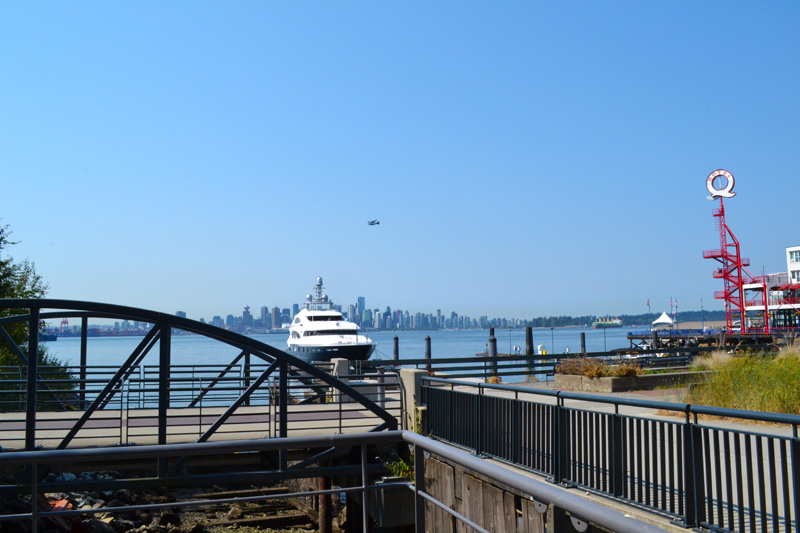 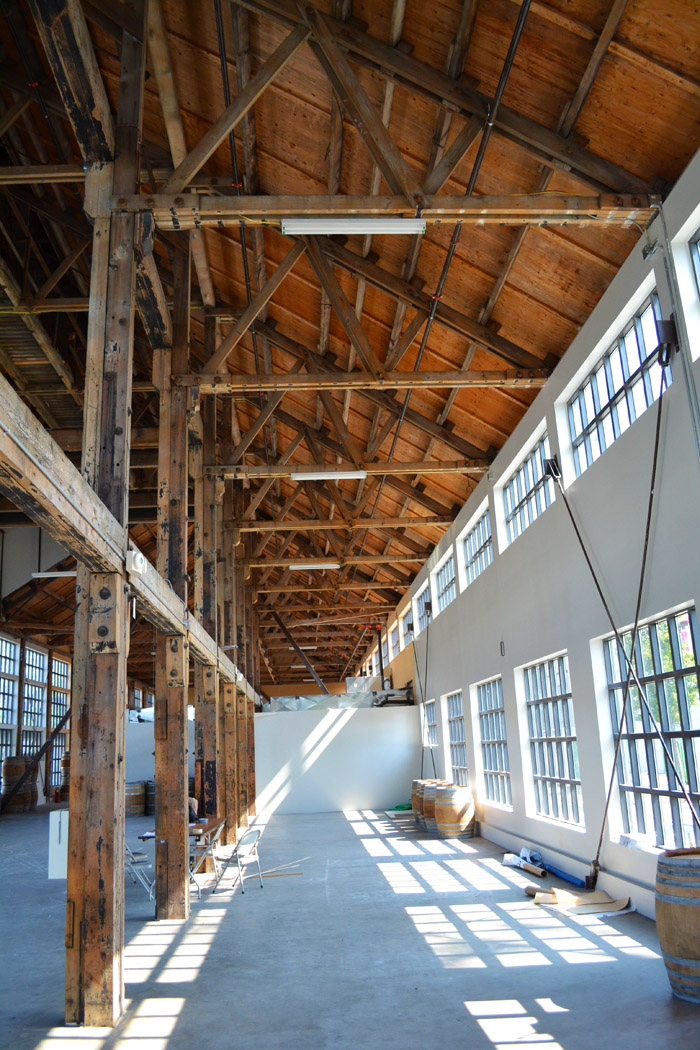 The location of the soon to be constructed second floor mezzanine

“We always talked about a really cool, heritage-style location,” Frankel said, emphasizing the unique features around the Coppersmith Shop building.

Like the Coal Harbour and Olympic Village locations, 300 seats, or in this case half the restaurant’s seating, will be on the patio, which will be built to almost wrap around one half of the building.

“It’s truly what I’ve always envisioned for Tap & Barrel. A building that can tell a story.” 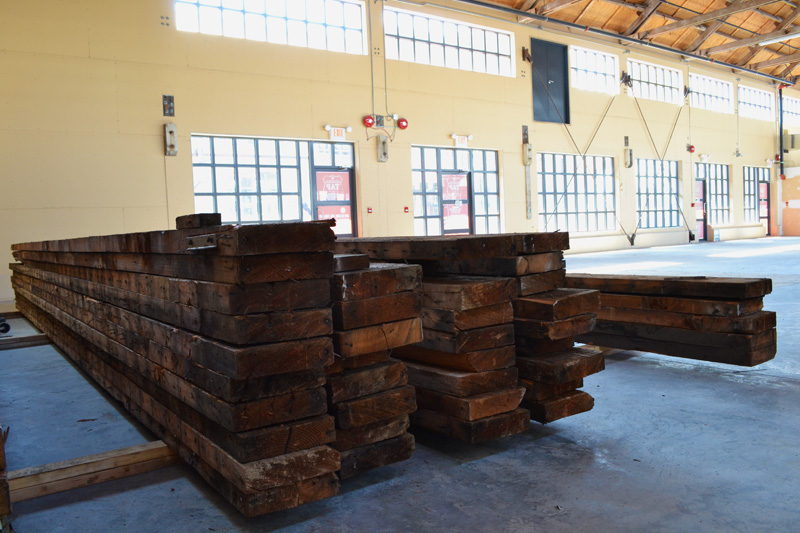 Reclaimed wood found to use in the North Vancouver location, something Frankel is big on

Opening a new location, which Frankel is calling his flagship, also allows the restaurant to put a focus on food and service. Frankel wanted to take the food to the next level, creating everything from scratch, which he admitted hadn’t been the case when the restaurant first started.

In December 2013, they hired former Corporate Chef of Earls, Reuben Major, whose mandate was to raise the food program and focus on local, seasonal and fresh produce. Frankel wanted to see “addictive food” that was high in quality and taste. To help with this, they’ll be adding a test kitchen into the new location, perfect for training and product development, which will double as a 22-seat private room. 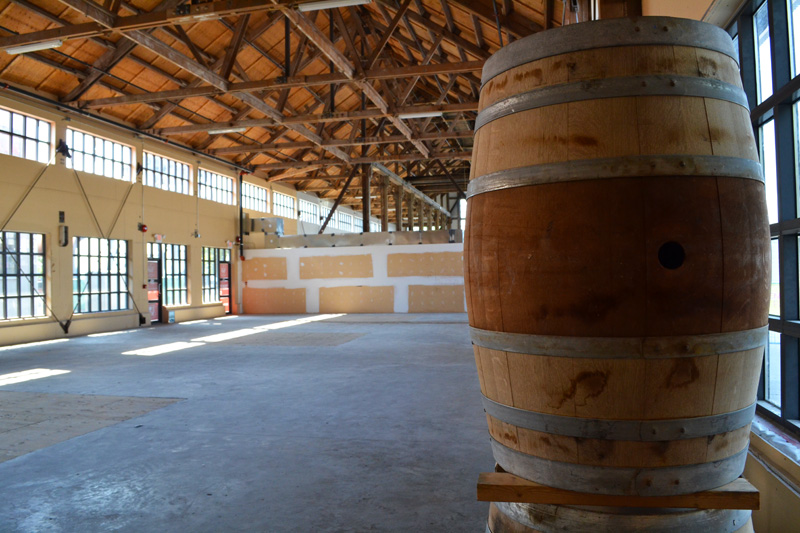 The future of Tap & Barrel

There’s still lots of room to grow in Vancouver, according to Frankel. The Group felt diluted and wanted to focus on Tap & Barrel rather than doing so many different things, so they sold multiple spaces they had owned around Metro Vancouver. Now, the focus is on improving food and service, and removing the human error from it.

“Right now there’s a pretty big appetite. I’m having a really fun time doing this. It’s not about the number of locations, it’s about getting it right,” Frankel said when asked how many more locations he wanted to open. 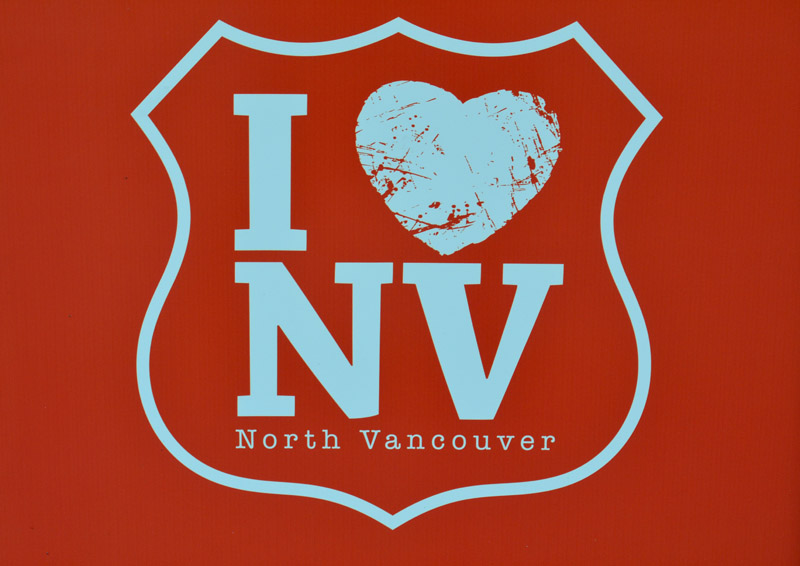 Frankel felt the city was progressive and had a big sign over it saying it’s open for business, saying it’s very unique and feels a lot like Vancouver did 30 years ago.

“It’s one of the greatest developments for young families,” Frankel said. “Real estate is getting more expensive, but it’s cheaper [in North Vancouver] than Vancouver.”

With millions of passengers travelling to and from downtown every year, it’s no wonder the City of North Vancouver would want to spend money and invest in the area. It’s a prime location with lots of potential. In fact, Frankel said that City of North Vancouver Mayor Darryl Mussatto promised that every dollar that came in from rent would go right into the Shipyard maintenance along with activations, like the Shipyards Night Market, Saturday Summer Sessions and Shipyards Christmas Market.

However, Frankel also mentioned that the city has a ways to go from reaching its potential. North Vancouver lacks diversity and should have more for kids, teens and youth, along with artisanal stores and smaller, local merchants, and that Lower Lonsdale might take well to subsidized space, like Granville Island, to attract artists and smaller businesses to open up shop. 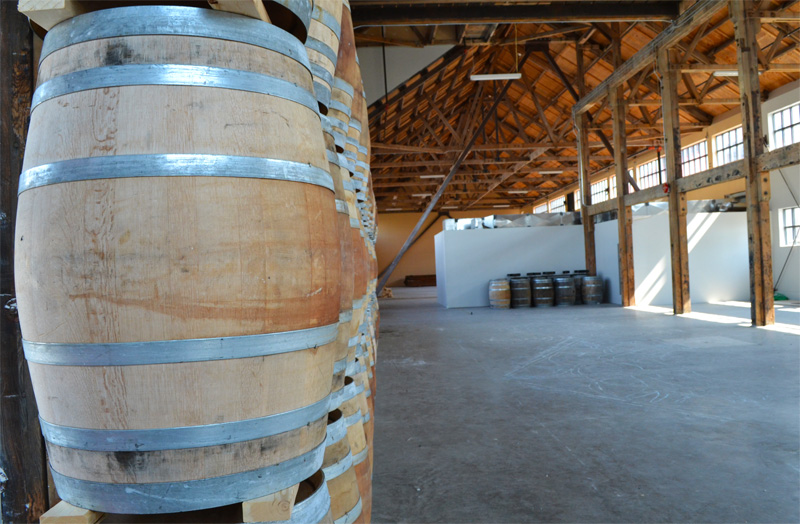 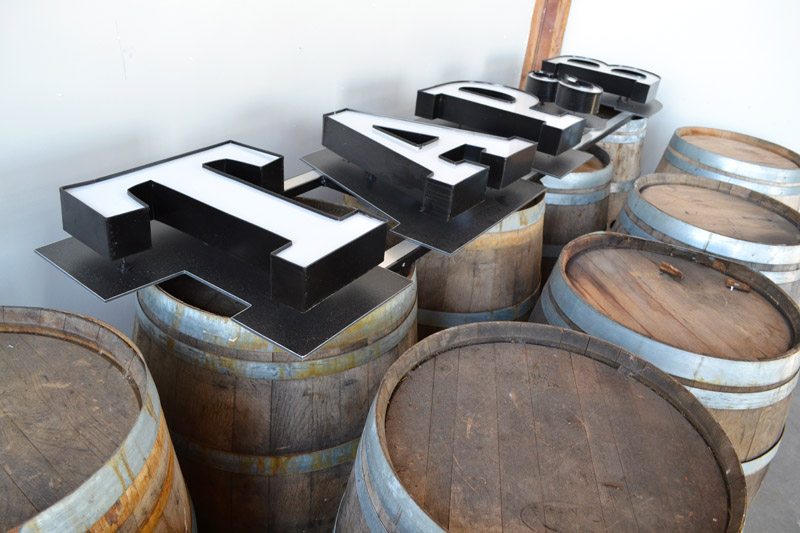 Tap & Barrel North Vancouver is slated to open in Summer 2015.