With just four days of action among the top tanking contenders left to go, things are heating up in the race for the bottom.

The Canucks got some help on the out of town scoreboard last night as the Sabres, Flames, and Jets all picked up points. The Jets leapfrogged the Canucks, while the Flames pulled into a tie with Vancouver. Buffalo’s win brings them to 79 points, which means they cannot be overtaken by the Canucks.

We now know that the Canucks will finish somewhere in between 3rd and 8th-last place in the NHL. 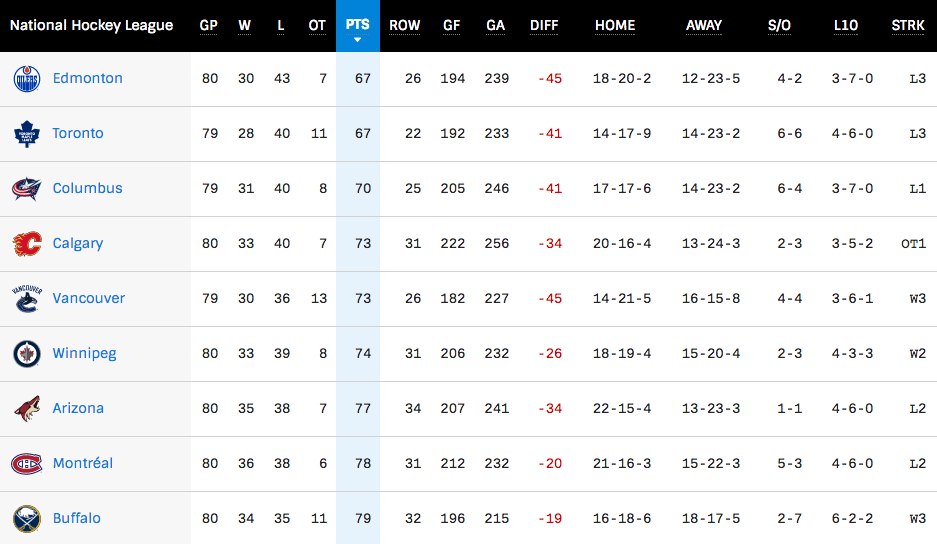 The Canucks are still listed ahead (behind?) the Flames due to having a game in hand. Should the Flames and Canucks tie in points at the end of the season, Calgary will hold the tiebreaker. 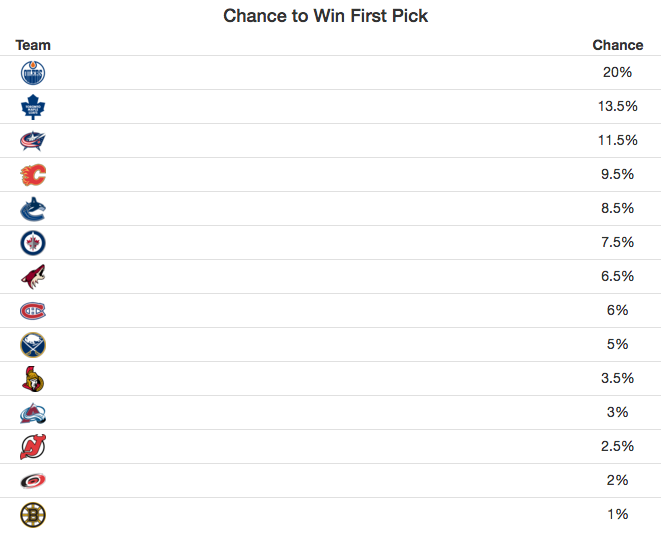 Tonight’s game of importance for the Canucks

Just one game of importance for the Canucks tonight (other than their own), but it’s a big one.

Vancouver can no longer finish below Toronto in the standings, so they’ll be cheering on John Tortorella and the Blue Jackets to earn a very winnable two points tonight. A Columbus loss will likely mean that the Canucks won’t finish in the bottom-three.

Heyyy that’s not bad… Plus Toronto and Edmonton out of the top-3? I like.