With just one more game to play for the Canucks before we can begin to forget this nightmare season, the jockeying for bottom is becoming clearer.

The Canucks lost in embarrassing fashion, 7-3, to the Calgary Flames last night. That’s a bad sign for the 20 players that suited up in blue and green, but a good sign for the Team Tank Movement.

With the Jets and Flames winning last night, they move to 76 and 75 points respectively, meaning the Canucks can’t catch them. The Canucks can’t sink low enough for the first two picks either, meaning that their fate lies in the hands of John Tortorella and the Columbus Blue Jackets.

Vancouver will finish either 3rd or 4th last.

The Canucks’ chance at the first pick is currently at 9.5%. That could rise to 11.5% if the Blue Jackets can pass them. 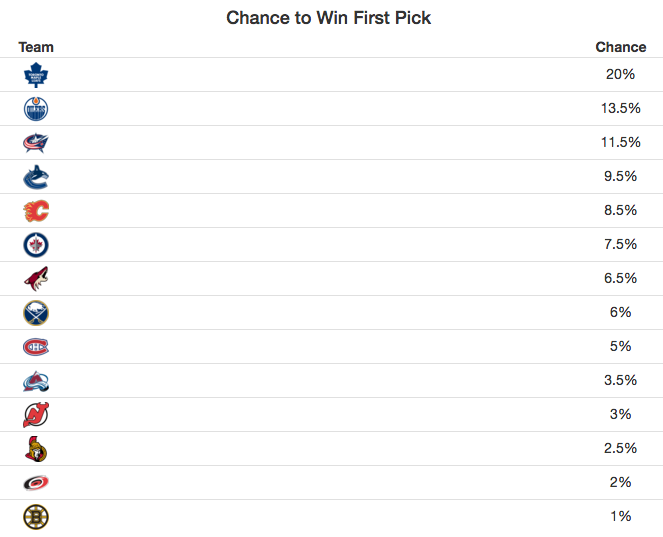 Unlike previous seasons, more than just the first pick is up for grabs. The top-3 picks will be determined by a lottery.

Tonight’s game of importance for the Canucks

Vancouver will need Torts’ team to win one more game than the Canucks in order to secure 3rd-last.