You can stand down Team Tank, your job is over. And you can thank John Tortorella.

The Blue Jackets overcame a 3-0 deficit to beat the Blackhawks in overtime, locking the Canucks into 28th place in the NHL.

The Maple Leafs will finish last in the NHL standings, followed by the Oilers, and then the Canucks.

The Canucks will have an 11.5% chance at the first overall pick. The first three picks are up for grabs in a weighted lottery, meaning the Canucks could pick anywhere from #1 to #6. 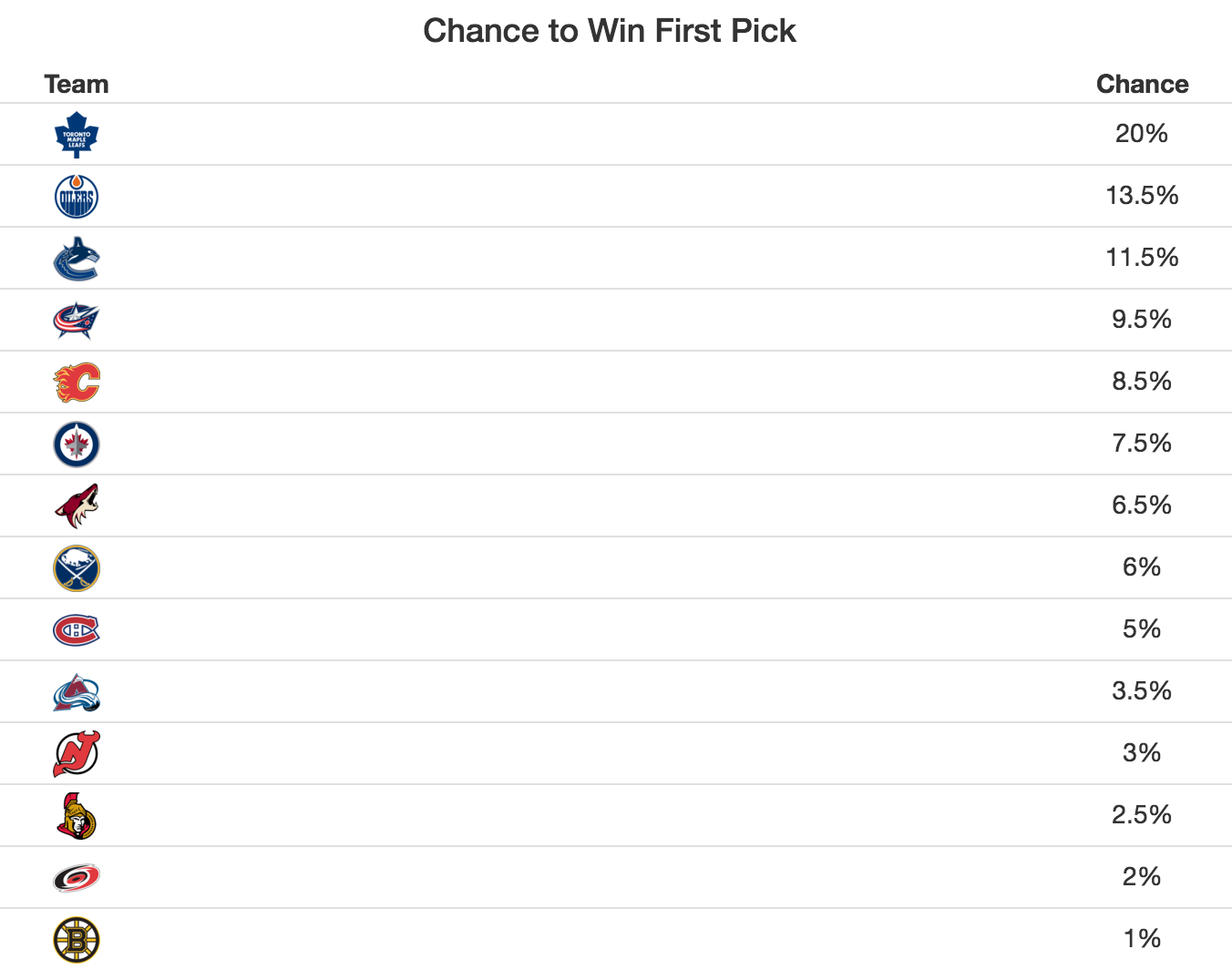 Reminder: Having the third-best odds doesn’t mean a whole heck of a lot if the hockey gods aren’t on your side. We’ll find out if they’re smiling on the Canucks later this month at the NHL draft lottery.