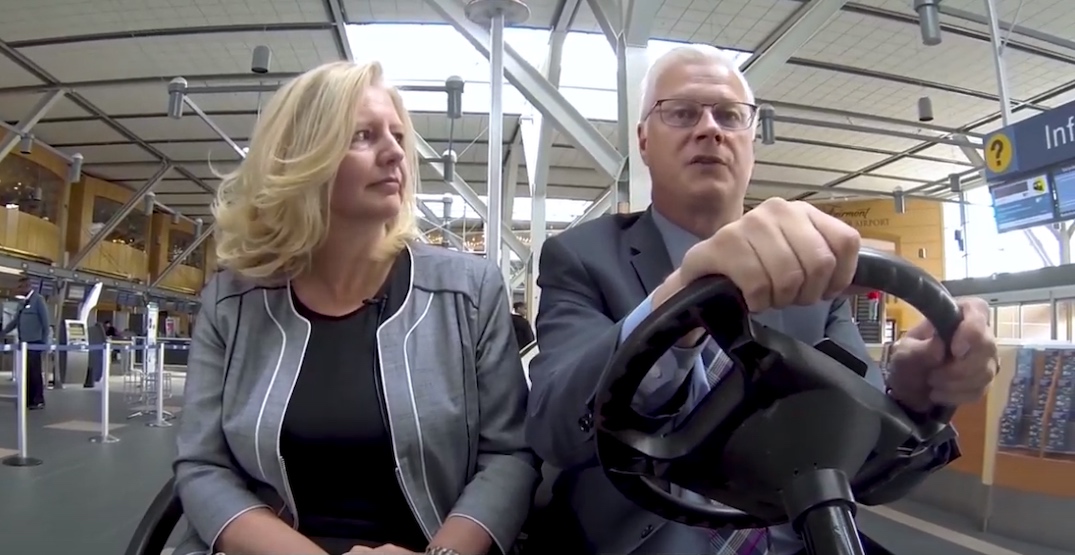 The president and CEO of Vancity Credit Union will be leaving her longtime role to take the helm of Vancouver International Airport (YVR).

Vancouver Airport Authority, the not-for-profit organization that operates YVR, announced on Wednesday that its board of directors has appointed Tamara Vrooman as its new president and CEO.

She will replace Craig Richmond, who announced in November 2019 he will be retiring at the end of June 2020 after seven years as the airport’s leader. Vrooman, the first woman to lead YVR, will succeed Richmond on July 1 of this year.

Vrooman’s appointment, which follows an international search, comes at a time when the airport and global travel industry have reached an inflection point, after consecutive years of rapid passenger growth and route expansion.

YVR has been severely impacted by the nosedive in commercial flights and passengers due to COVID-19, with the airport now expecting to see between eight million and 15 million passengers annually over the next three years — down from 2019’s record of over 26 million.

The airport was also engaged in a $9.1-billion, 20-year improvement and expansion project, but construction has been temporarily suspended due to the crisis, which has significantly affected YVR’s financial capacity. The nearly-completed Pier D international terminal building expansion was set to open next month.

“I am honoured to lead the talented team that has made YVR the best airport in North America for 10 years running,” said Vrooman in a statement. “ I know from experience that crises provide an opportunity for innovation, creativity and renewal. I am eager to get to work as we chart a path forward that supports safe and efficient passenger and cargo travel, while recognizing YVR’s important role in the Lower Mainland, BC and the global markets we serve.”

Vrooman has been president and CEO of Vancity for 13 years, assuming leadership of the credit union at the start of the 2008 global financial crisis. She has been credited for transforming the organization’s business model, delivering record profitability, and doubling its assets.

As well, she was selected for the role after having spent nine years on YVR’s board of directors, which provides her with a comprehensive understanding of the airport.

Before her time with Vancity, Vrooman was the deputy minister of finance for the provincial government.

“Tamara is a visionary executive with an exemplary track record leading large, complex institutions in both the private and public sectors, including through periods of enormous challenge, innovation and growth,” said Annalisa King, chair of YVR’s board of directors, in a statement.

“By applying deep strategic, operational and financial abilities, matched by bold positions on sustainability and inclusion, she has led transformative change resulting in global recognition and commercial success, all while doing good… With a career-long commitment to the betterment of British Columbia, she is the ideal person to lead YVR forward.”