Despite the arrival of Expo SkyTrain decades ago, Commercial Drive has escaped the tall towers that have been popping up all over the city. However, the neighbourhood won’t be able to escape towers for too long. Tall buildings are coming to Commercial Drive, now the question is, how tall? 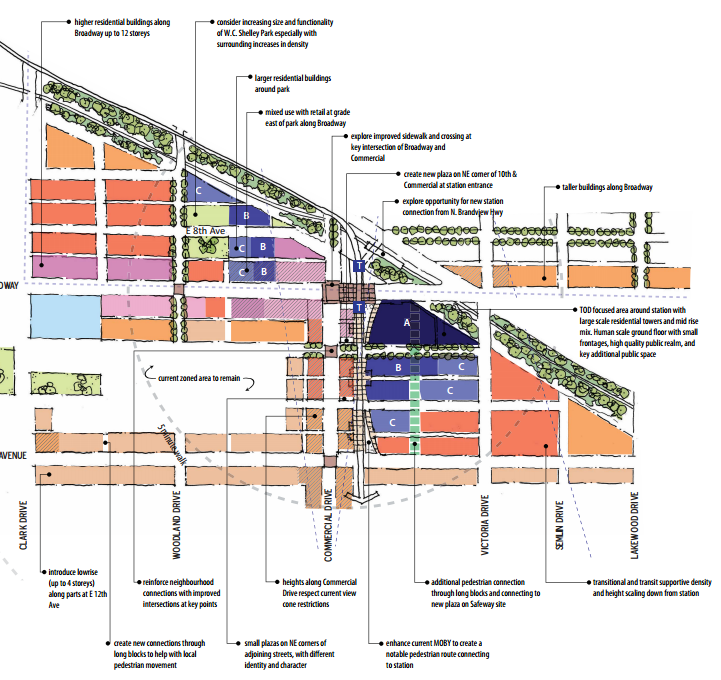 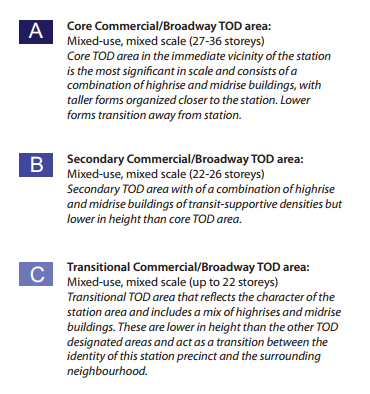 The City of Vancouver’s original plan was to include towers as tall as 36-storeys around the Commercial-Broadway SkyTrain station at the existing Safeway location. Most of the buildings proposed for the area will be in the 20 to 26-storey range. The taller towers will centre around the rapid transit station, a station that is only going to get busier once the UBC SkyTrain extension is built. Density is also a requirement for the Broadway Corridor if the SkyTrain extension to UBC is to be built.

This being Vancouver, residents were angered at the proposed heights, despite the fact this density is situated in one of the busiest transit stops in the region and is necessary for the future growth of the city. Given the area’s infamous reputation, especially at night, the dense development is also necessary to make the area safer for pedestrians and transit passengers.

After some back and forth discussions, most residents were willing to stomach 22-storey buildings but preferred to see most buildings in the 6 to 12-storey range as they were concerned with the development’s potential impact on “The Drive’s” small businesses and rental housing.

Despite the area’s NIMBY concerns and attitudes, this proposed densification will certainly bring more customers to the small businesses that line Commercial Drive. An increase in housing supply is also key to bringing market and rental housing prices down. Moreover, any plan for the neighbourhood should also ideally include substantial office space.

It is possible for the city to achieve the desired density, without having to plant large towers, if the City expands the allowable areas in which buildings as tall as 12-storeys can be built. The City will hold two more public meetings in July before finalizing the Grandview-Woodland plan this fall.

With Commercial-Broadway Station located at the core of the proposed densification area, this proposal just makes too much sense for Metro Vancouver’s busiest transit hub.