The Talking Stick Festival launched February 17 at Yaletown Roundhouse with Wax hoks en Shqulawin (Open Your Hearts). This year marks the 14th year of the festival, which has grown from a one-day event to a two-week celebration of Aboriginal culture and art. The festival is a showcase of Aboriginal art in all its forms. Coming to the Fire is the theme for this year’s festival, which aims to gather everyone around the fire to spark new ideas and fuel the flames of creativity. 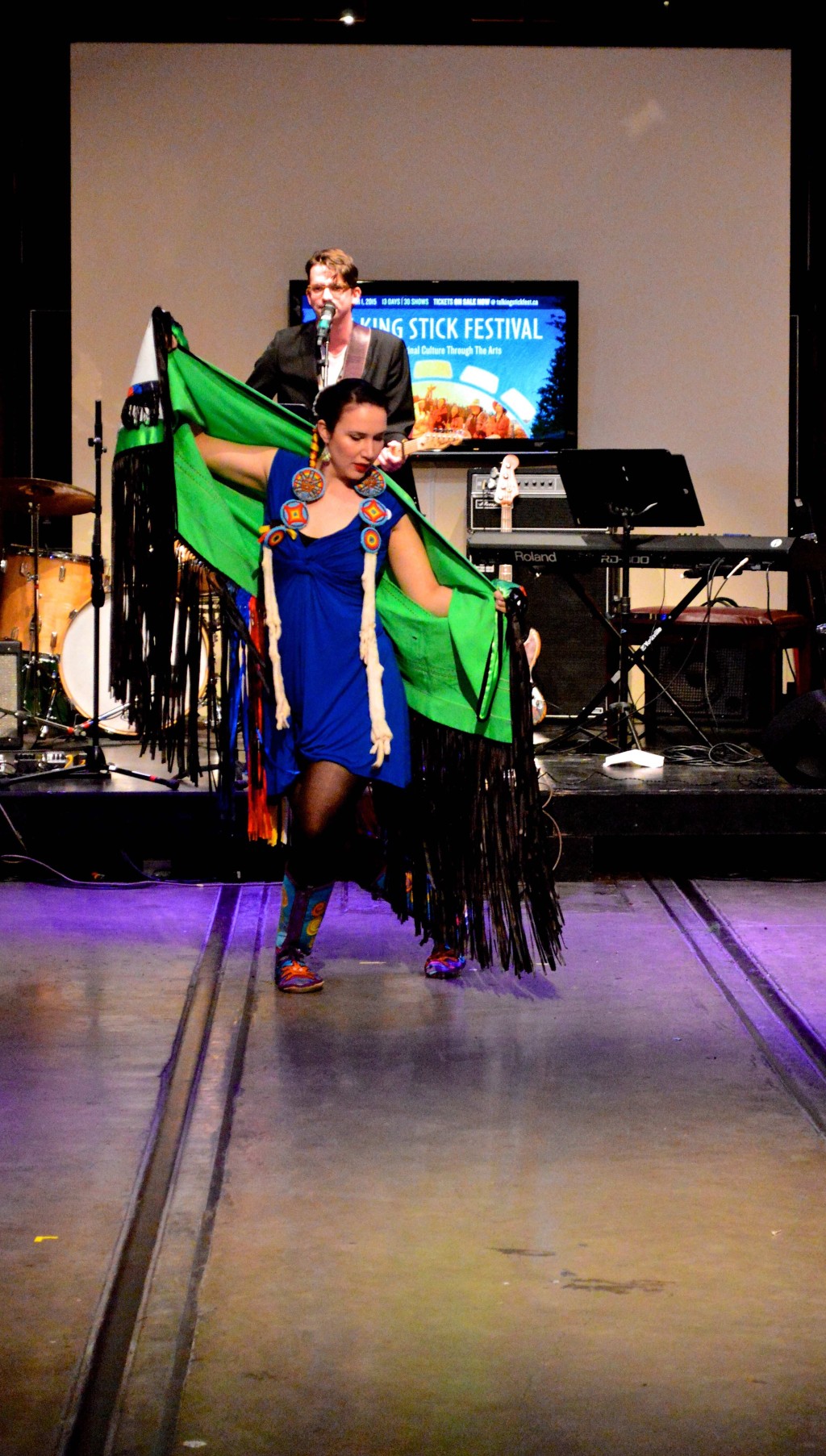 The opening night was held at The Roundhouse where a variety of Aboriginal artists’ original paintings and visual works encircled the stage. Sponsors were enveloped in blankets, as the crowd held hands and the music of the Kawandak (Metis, Que) played. The ceremony was followed by a night of theatre, dance, drumming, spoken word, visual arts and multimedia performances. 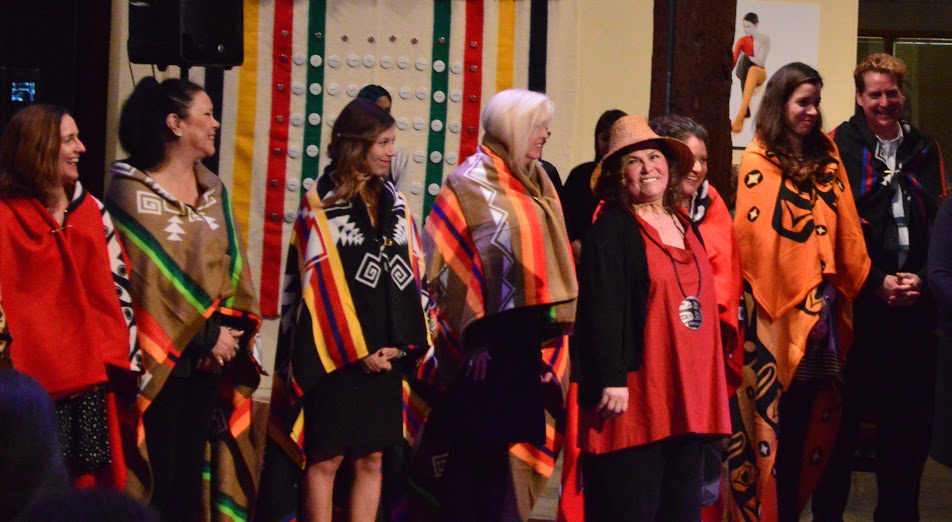 A prominent Aboriginal interdisciplinary artist in Canada, Margo Kane, started the festival and was honoured during the opening for starting the fire of what has become the festival. The Talking Stick is symbol of democracy, a beautifully carved instrument, that gives the one holding it the power to speak and those listening to respect and engage as it is passed among the gathering.

Throughout the festival over 50 Aboriginal artists will be showcased. Theatre, dance, spoken word, visual arts, and much more will be available across multiple venues in Vancouver.