The smell inside Tacomio is heavenly. Simmering meats, rich with spices and seasonings, are bubbling quietly behind the counter, which is where you’ll find owner and chef Fhernando Llanas.

The brightly-coloured storefront-style restaurant in Gastown is set to open in a few days, and Llanas has been busy preparing what will end up being part of his menu of authentic Mexican tacos. 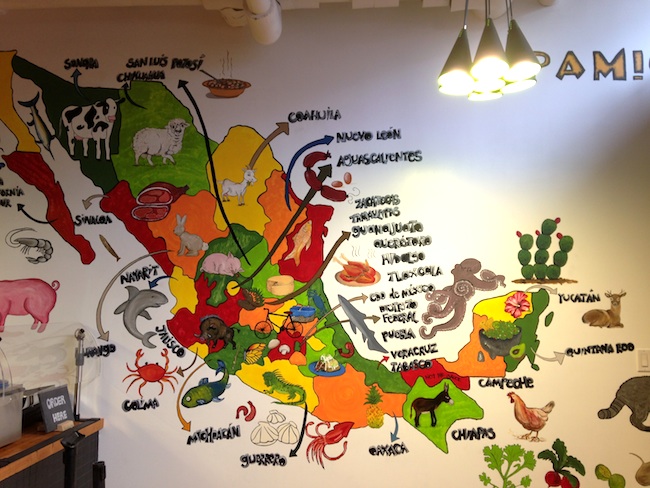 Llanas, previously the Executive Sous Chef at The Vancouver Club, is drawing on his heritage for Tacomio, and is hoping to fill a void in the local culinary landscape.

“Vancouver doesn’t really have any real Mexican food,” says Llanas. “I’ve always had this idea to have restaurant and to cook the food I want, the traditional way, not Tex-Mex, none of that stuff–real Mexican food.”

It took a year and a half to get off the ground, but Tacomio is finally ready to open its doors to serve up their guisados, which loosely translated means home-style stewed meats, in a variety of taco offerings. Doing things “guisado” style also means that the cooking is done ahead of time, and all that’s left is to assemble the tacos upon ordering, which means customers can pop in and out quickly, whether they opt to take it to go, or grab one of the stools for counter-dining.

While Tacomio is situated in what Llanas considers the “perfect location,” the one drawback of the space is that with no hood vents, the Tacomio team had to get creative with cooking methods. Using induction heating, roasting, and braising, as well as sous vide, Llanas says his menu was designed with the limitations of the space in mind. 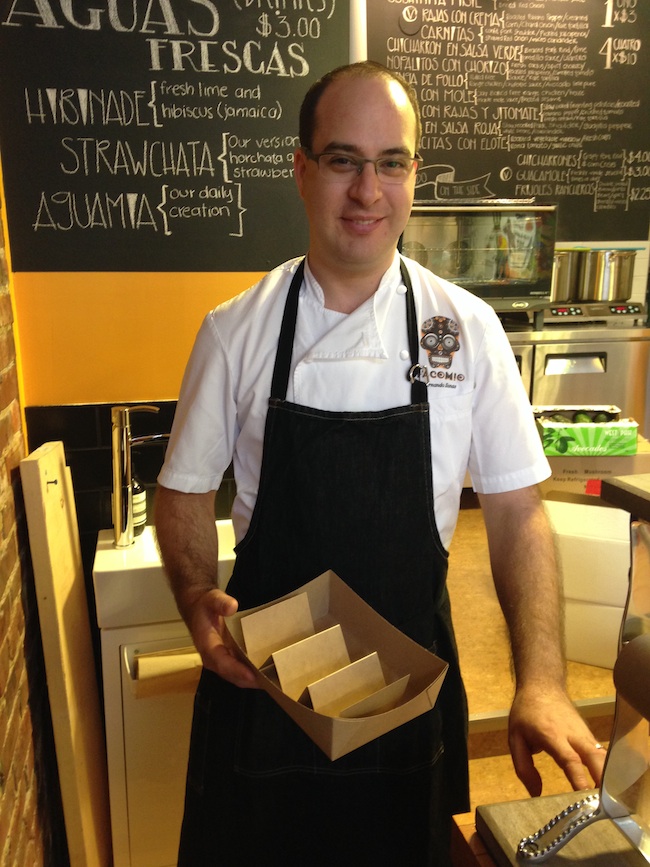 Llanas is also taking innovative and clever approaches to the food itself, incorporating techniques he perfected during his lengthy tenure at the Vancouver Club. “We’re traditional with our twist,” explains Llanas.

In particular, Tacomio’s elevated approach is evident on the beverage side of the menu, where there’s no pop, but rather modern takes on traditional Mexican “aguas frescas.” The Strawchata is a traditional horchata (rice drink), which Llanas says is enjoyed with strawberry in his home region. At Tacomio, to bring the strawberry into the horchata, Llanas is using strawberry ice cubes, which melds the flavours while you drink. Similarly, the Hibinade marries a limeade with hibiscus (jamaica) foam. 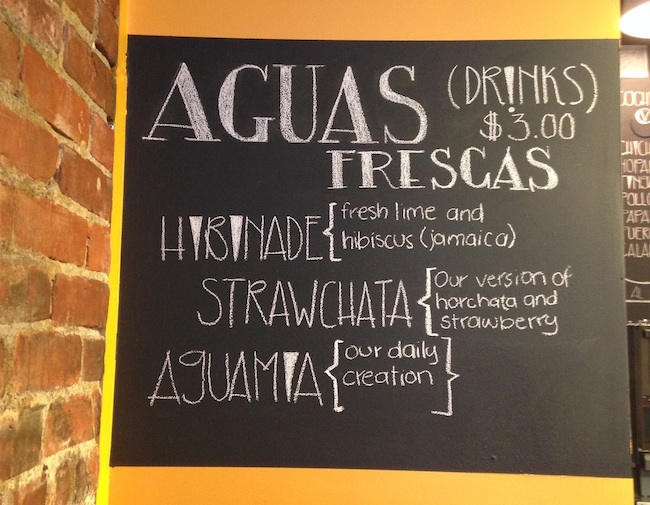 For the tacos, Tacomio’s menu has options for carnivores, vegetarians, vegans, and gluten-free diners. The chicken is free-range from Maple Hill, and much of the produce is coming from local farmers. Everything except the tortillas is made on-site, including their range of salsas and pickled veggies.

While you can satisfy a craving for carnitas (confit pork shoulder) at Tacomio, there are also selections that may take Vancouverites to the next level of Mexican flavours and ingredients, like chicharron (braised pork rind), or nopalitos (cactus). Incidentally, Llanas predicts that cactus is the new kale; you heard it here first! 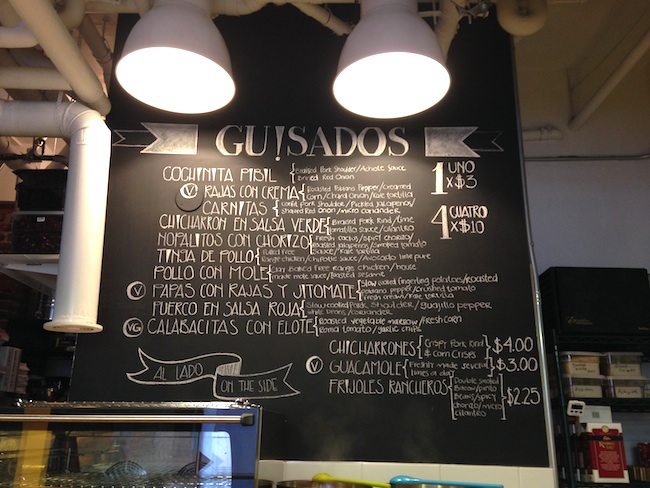 There are more exciting things in the works for Llanas and Tacomio once the restaurant gets their first few weeks under their belt, including intimate cooking classes held in the shop (the counter was designed to turn into a demo and lesson space). They’ll have weekly specials, as well, many that will feature excellent locally-sourced ingredients.

Tacomio will have a soft opening Saturday, February 28 and Sunday, March 1, and their grand opening will be Monday, March 2. 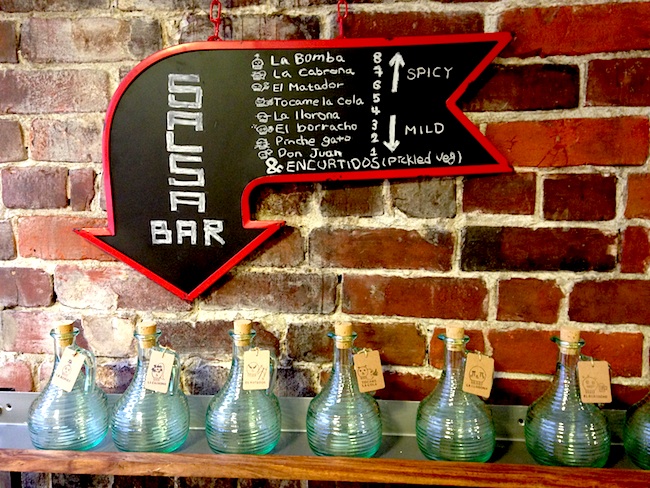 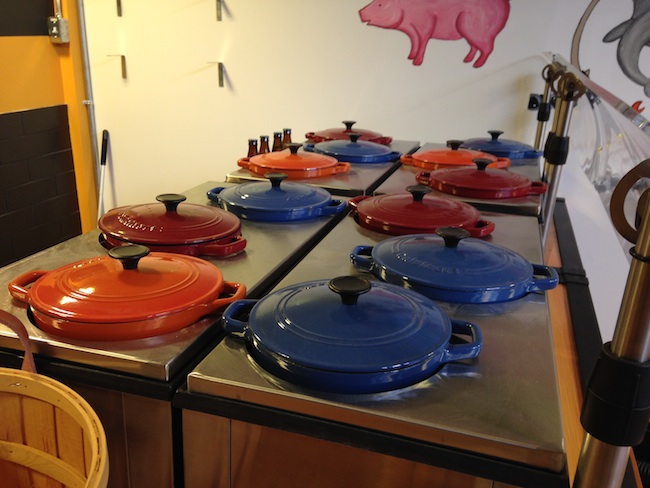 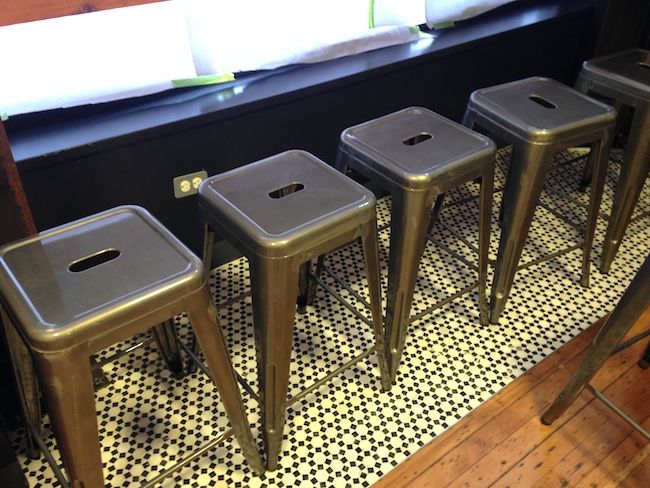 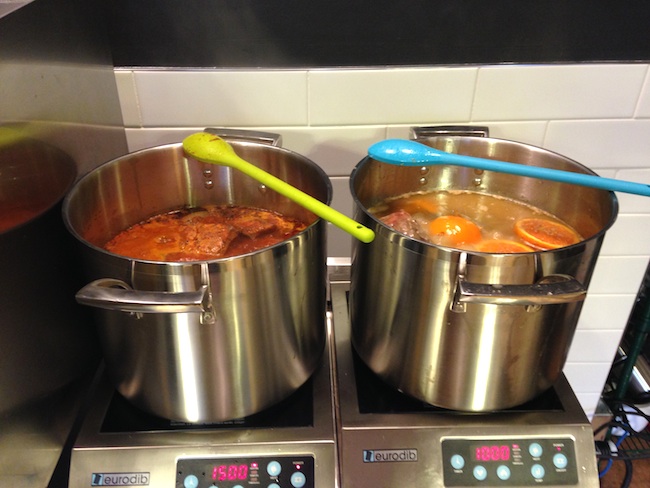 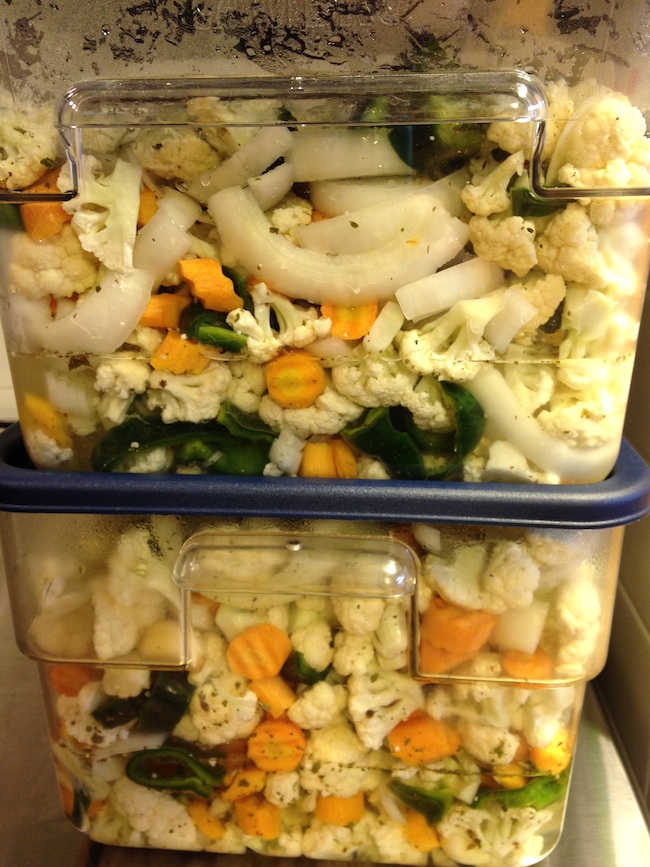 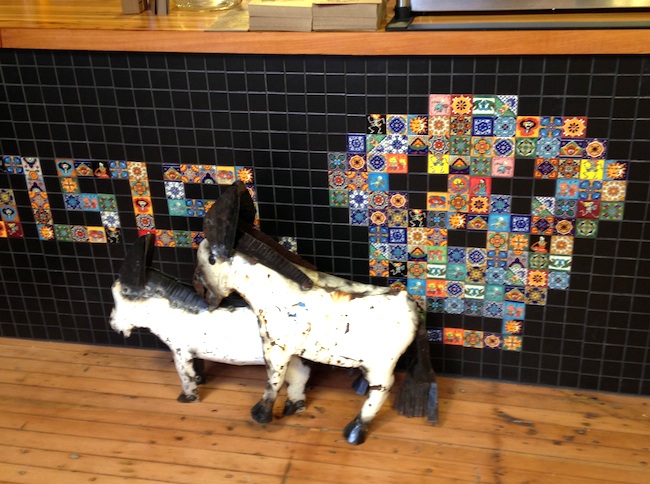