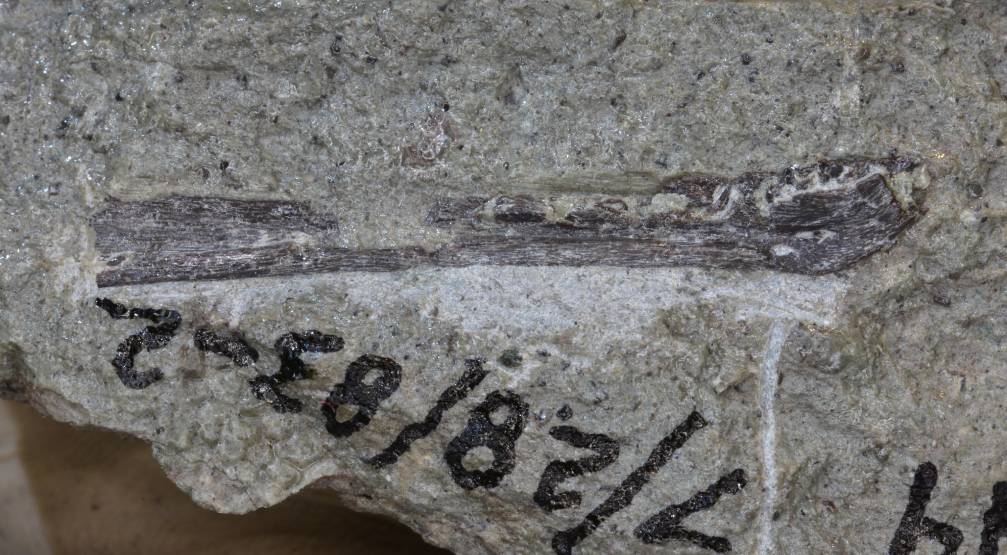 For the first time ever, the fossils of a baby Tyrannosaurus Rex have been discovered.

Researchers were able to find a small toe claw in Morrin, Alberta, and a jawbone in Montana.

The findings were published in a study, led by Greg Funston, on Monday, January 25, in the Canadian Journal of Earth and Sciences.

When the team first began their dig, it wasn’t even the T. Rex they were searching for.

“Our research in Morrin, Alberta, was looking for troodontid (raptor dinosaurs) material, and investigating potential reasons for why a couple [of] sites had an abundance of their teeth while being rare in other locations,” Mark Powers, a University of Alberta Ph.D. student, and the second author on the study told Daily Hive. “It wasn’t even on our radar,” he added.

During their dig, they discovered the small claw and began the careful process of collecting it from the ground.

“It involved taking bags of sediment from the site and then breaking it down with water while sifting through the material. Once it was collected, it became a test of our hypothesis that it was a tyrannosaur,” said Powers.

“To do this, we looked at as many fossils of animals that existed in the same rocks and time, to see if we could falsify our diagnosis. This process is important in order to give as accurate an identification as possible. It is also one of the most fun processes! You basically get to be a detective examining all the clues you have available,” Powers added.

There have been thousands of isolated T-Rex bones found, but never at an embryonic stage. There are many factors why finding these fossils at such a young age is incredibly rare.

“Tyrannosaurs grew rapidly, so even at 3 years of age, they were already wolf-sized or bigger,” said Powers. “Small animals are thought to break apart or become lost or destroyed before they can preserve. This makes it challenging to find specimens that are either embryonic or freshly hatched. The delicate skeletons were likely broken up by running water or scavenging from predators before they settled in a position where they could fossilize.”

While there are already dozens of Tyrannosaur skeletons, finding the fossils of one so young will provide more understanding of the carnivorous dinosaur.

“This gives us a starting point for the ontogeny (growth) of tyrannosaurs. It will allow for more comprehensive studies of their growth and provide a slough of additional avenues of research,” said Powers.

The baby rex won’t have a name, but could possibly be given one once the specimen is on display. Unofficially, Mark Powers has already given the little dinosaur a placeholder name.

“As of right now, I would give it the title of Tiny Tyrannical Tyke. Alliterative titles are always catchy,” said Powers.