Few people can accurately say they’ve changed the course of music; count T-Pain among that short list. His bright, polished arrangements have become the in-demand sound across genres, and his scene-stealing vocal performances are among the most coveted in music. Since bursting on the scene in 2005, T-Pain has been awarded a Grammy, produced and written a plethora of chart-topping and platinum-selling singles, garnered “Songwriter of the Year” and “Producer of the Year” honors at the BMI Urban Awards and earned a BET Award. So it should come as little surprise that the musical maestro’s tremendous, self-produced third album, THR33 RINGZ, stands as a sonic odyssey brimming with innovation.

Blueprint is bringing T-Pain to Vancouver on March 21 for a show at Venue. 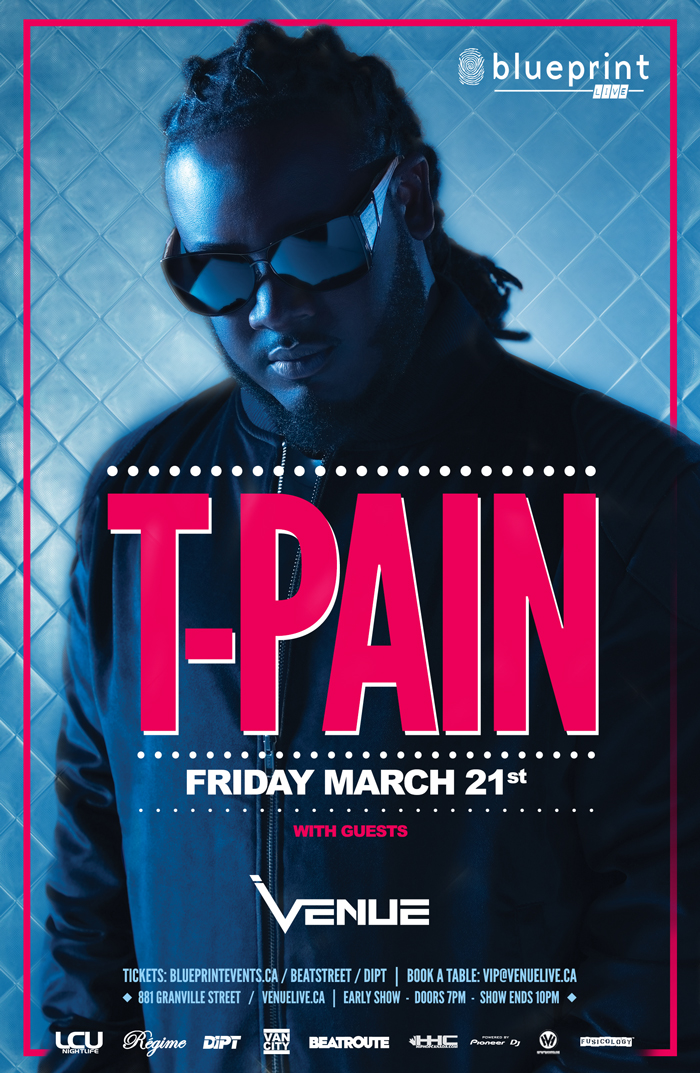 Tickets: $35 – Buy online or at Dipt and Beat Street