Canadians are feeling less than stellar about the current screening process for Syrian refugees coming into the country. A new Angus Reid poll suggests less than one-third of Canadians believe checks to ensure Syrian refugees aren’t a threat to national security are adequate.

Another 37 per cent believe the process is inadequate, while 32 per cent are unsure. 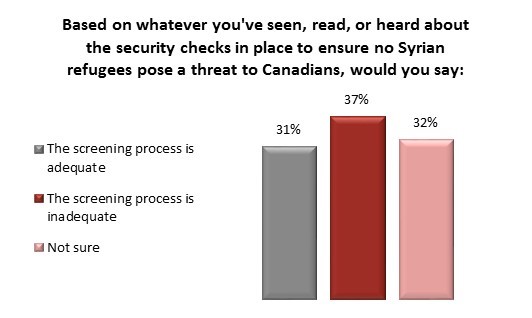 Prime Minister Justin Trudeau’s plan for Syrian refugees has left the nation “deeply divided,” according to the poll. Although support has increased since the government delayed their initial resettlement goals by two months, 59 per cent of Canadians still feel the March 1 timeline is too short.

Just over half of Canadians – that’s 52 per cent – support the plan, while 44 per cent oppose it. Two in five Canadians think we should stop taking in refugees immediately. 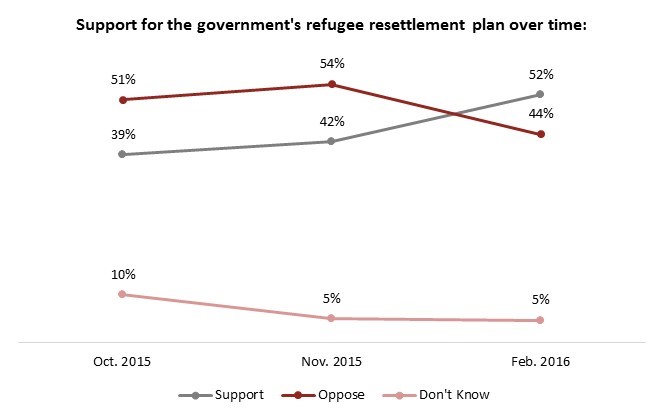 In B.C., support for the current refugee resettlement plan is the highest in the country. Indeed, 61 per cent of British Columbians say they support it, while 36 per cent are opposed. Opposition is highest in Alberta, with 55 per cent saying they are against the current plan.

Around 42 per cent of Canadians want to see the country stop taking in refugees right now. Another 29 per cent say they want to stop after 25,000. 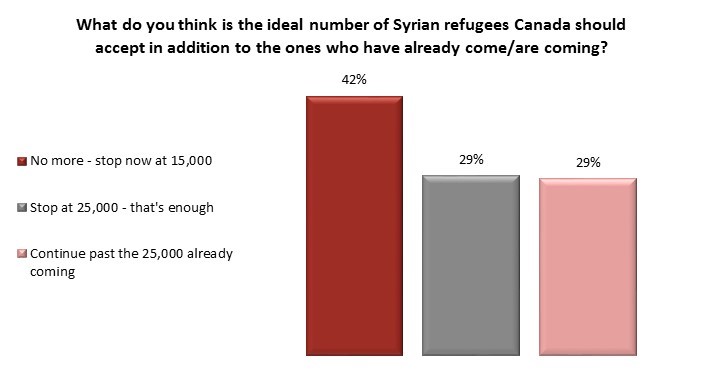