Earlier today, Swoop announced it was having a Loonie Seat Sale that seemed like an April Fool’s joke, but wasn’t.

The ultra-low-fare airliner announced on Tuesday that it would be offering 100,000 seats for a base fare of just a loonie, before taxes and fees.

At the time, flights from Abbotsford to Hamilton, London, Edmonton, or Winnipeg were going for as little $12 all-in.

And it seems like the sale was a major hit with potential travellers.

So major, that Swoop’s website is now experiencing performance issues.

For those trying to book seats through the sale, you’ll notice a travel advisory on the top of their website.

“Due to increased traffic, we’re currently experiencing site performance issues. Thank you for your patience as we work to resolve,” it reads.

The airline says not to worry, as the sale is on until January 21. 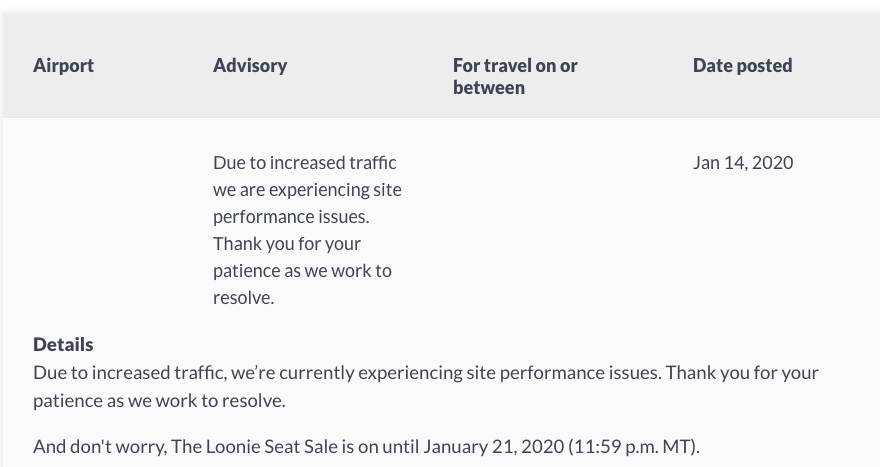 For those wondering, there were $12 flights when the announcement was made on Tuesday morning.

There is no ETA for when the Swoop website may be running normally again.