If you’re looking to take a trip somewhere sometime this September to October, you may be in luck.

Canada’s ultra-low cost airline, SWOOP, is having a massive birthday sale in honour of its one-year anniversary, offering super cheap one-way flights to international destinations like Jamaica and Florida, as well as multiple Canadian cities. 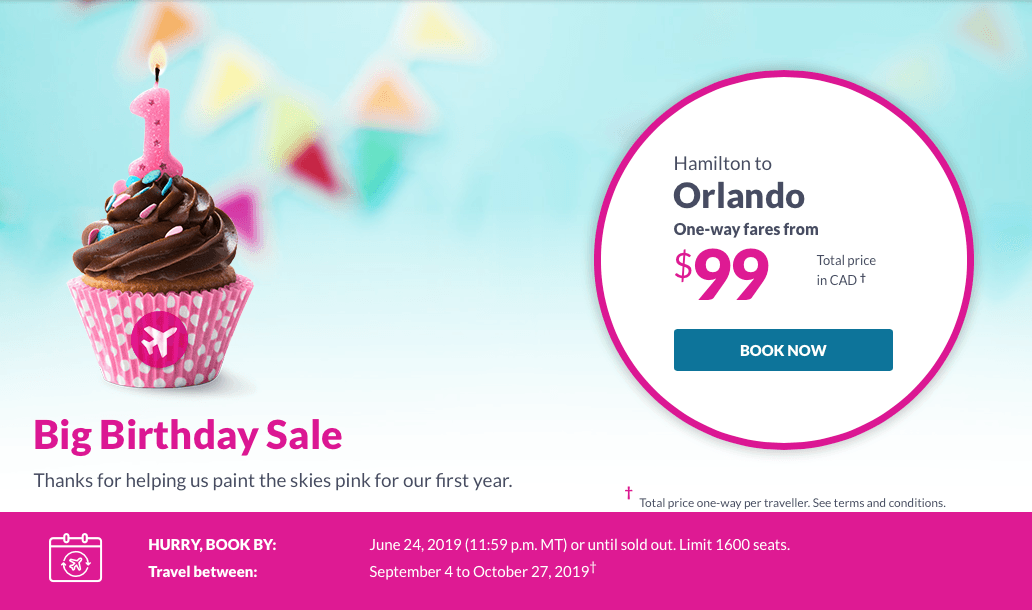 As part of the deal, you’ll be able to head to Florida for under $100, and Montego Bay, Jamaica (though still under a travel warning by the Government of Canada), for about $150.

Flying out of Hamilton (ON), Abbotsford (BC), Winnipeg (MB), Edmonton (AB), and Kelowna (BC), here are just some of the flights that you can get your hands on:

The low price includes a seat and a personal item that must fit under the seat in front of you, such as a small backpack or a purse.

You can also add carry-on and checked baggage for a small fee depending on where you request it (i.e. online check-in, at the gate, etc.). For info in this here.