We’re now well into the 2015-16 season and the stories circulating around the hockey world just keep getting more bizarre. Thankfully, we have Sweet Tweets to highlight these fascinating tales.

Realistically, John Tortorella getting another NHL coaching gig should have been the oddest thing that happened this season. Instead, we’ve now got teams quitting on their general managers and accusations of players crossing the line in their trash talking.

I was definitely not short on material this week.

Thatcher Demko recorded his 6th SO of the season in his 7th start w/ BC. I'll say it now: #Canucks have the best goaltending prospect in NHL

And just look at this tweet from ESPN insider Corey Pronman, who is notorious for having an uncompromising hatred for Vancouver Canucks prospects (not really, he just offers an unbiased, non-rose coloured opinion).

The Canucks have Demko on a good path too. Probably another season in college, then to the AHL for some grooming, then *hopefully* backing up starting goaltender Jacob Markstrom for a season or two before taking the reigns himself.

First of all, how in the heck did Flint Michigan get an Ontario Hockey League franchise? I know there are a number of American teams in the Canadian Hockey League, but seriously. Flint? Aren’t there hundreds of towns in Ontario that would kill for a team?

Whatever works I guess.

Actually, apparently it doesn’t work too well as the entire team walked out on their general manager, Rolf Nilsen, after their coach was unceremoniously fired for not playing Hakon Nilsen, who is Rolf’s son.

I have to commend these kids. That took some major balls and in my opinion, it was the right thing to do.

I do feel horrible for Hakon Nilsen who walked out with his teammates. What a position to be in. I don’t claim to know anything about this kid, but I’m sure this wasn’t easy for him and it’s probably made Christmas dinner at the Nilsen house a little more awkward this year.

Really this is karma for ownership not finding a way to name the team the Flint Stones.

3. On Tootoo and Burrows

There. Now that I’ve prepped myself a little bit, I want to touch on the Burrows/Tootoo saga that fortunately didn’t end up turning into a saga at all. Although there may still be something that comes out of this:

Alex Burrows will meet with NHL officials on Friday in Toronto to discuss his exchange with Devils' Jordan Tootoo.

I’m a white kid from Vancouver Island. I am incredibly fortunate that I have never experienced racism. Jordin Tootoo, who grew up in Nunavut and is of Inuit descent, has battled against racism throughout his entire career and I sincerely hope he never gives up this fight because he can be (and already is) an important role model for thousands of kids out there.

He talks about respect in the game and claims that Burrows deserves none for whatever was said to him in the penalty box.

Go ahead and YouTube Jordin Tootoo, and then let’s talk about respect.

I’m not going to defend Burrows on this one. I don’t think Tootoo is outright lying because something was said to upset him, whether Burrows meant to personally and deeply offend him or not.

Burrows claims that he said nothing out of the ordinary:

Burrows says it had nothing to do with Tootoo lineage/history "that's absolutely false..I wouldn't go there…" #Canucks #CanucksOn1040

I am not saying that Tootoo’s past (and to a certain extent, present) actions means that he is susceptible to racism. There is no excuse for that.

But if Tootoo wants to promote respect in the game, start by trying to not kill players on the ice.

It’s almost like Dan Carcillo helping players when their careers are over after spending the entirety of his trying to end them.

Not this Jordin Tootoo:

But this Jordan Tootoo: 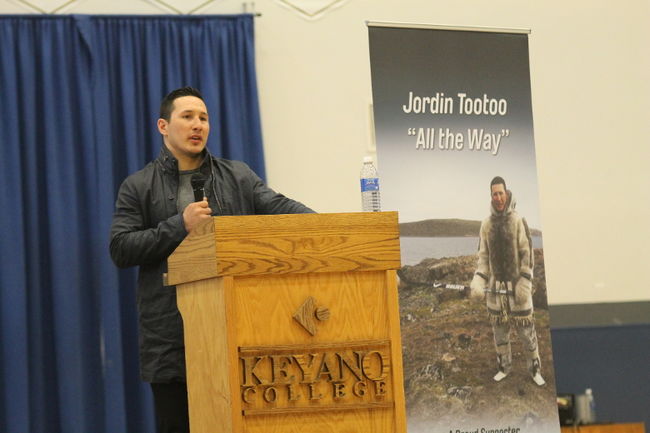 With Tanev out, Ben Hutton might be #2 on #Canucks depth chart. It's taken his 14 #NHL games to get there

How good is Ben Hutton?

The best part is, we haven’t even scratched the surface of his potential. After 16 games in the NHL, he already has eight assists which is good for second in rookie defenceman scoring. Not bad for a 5th rounder. Just imagine if he starts scoring goals.

Which brings me to my main point: defencemen are ridiculously hard to predict.

Here is a small sample of the who can be considered the best defenceman in the game:

Obviously there are more but I’m providing biased names to illustrate my point.

With the exceptions of Karlsson and Doughty, the rest of those defencemen were taken outside of the first round. Or in Giordano’s case, not drafted at all.

Obviously there are a few exceptions (Hedman, Pietrangelo, and Ekman-Larsson to name a few), but it’s clear that defencemen are by and large a complete crap-shoot at the draft table.

New strategy: Draft a lot of d-men in rounds 2-5 and hope for the best.

@lankey22 Why does goal scoring need to be up? Is the game that boring? 6-5 games would get old. Scoring chances are the exciting part.

The NHL is kind of like Canucks fans on Twitter. There is always are argument about something that never seems to go anywhere.

The latest big deal that’s making its way around the league is a sudden interest in streamlining goaltending equipment to help increase scoring. The idea to make the nets bigger was also bandied about, but ultimately went no where because quite frankly, that’s a stupid idea.

Here’s the thing about reducing goalie equipment in the hopes that it will lead to an increase in scoring and why all of this arguing is pointless: it will only be a short term fix.

NHL players and their coaches/management are smart people that have endless resources at their disposal. Goalies will eventually adapt and we will be right back where we started.

It’s kind of like the dreaded “sophomore slump” that players go through in their second season. I’m of the belief that the slump is more due to the fact that teams learn to adapt and defend these players.

There are very few exceptions to this rule (see: Ovechkin, Alex). Players like Ovechkin are constantly changing their games to avoid teams adapting to their styles.

What do you think video sessions are there for? The players aren’t just sitting in the locker room catching up on the Walking Dead (which is the more overrated show on the planet right now I might add…).

Give Rollie Melanson and the rest of the NHL goalies and their coaches one season to learn how to adapt to the new gear and we will be right back to where we started.

And this brings me back to the original tweet that started this rant. I agree with Greg 100% in the sense that more goals are only exciting after the game when you are looking at players’ scoring statistics.

Scoring chances are what makes the game exciting. Not the amount of goals scored. If you want to “fix” the game, attack the systems play that aims to reduce scoring chances.