Bacon! There, I’ve got your attention! This simple word makes 97 per cent of people — including some vegetarians — instantly salivate. Bacon was for years looked upon as an item to ban from our diet because of its outrageous high salt and fat content, it was something you would not admit to eat in public. Like fashion trends, bacon is back – even in your desserts! It’s as if all chefs and foodies made a point of adding a little porky touch to their sweets, and we are not complaining about it! 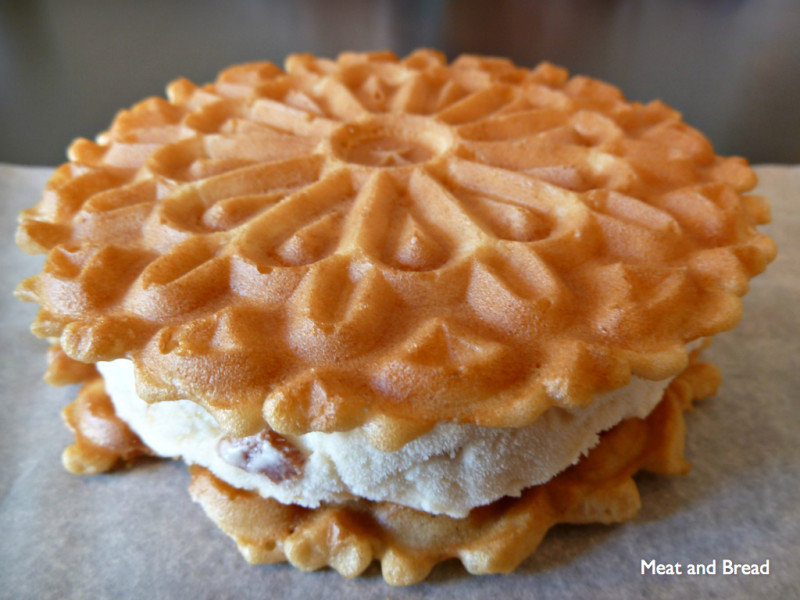 Save-on-Meats was probably one of the first to offer bacon for dessert with its bacon chocolate chip cookies. The crispy cookie is not overly ‘baconny’ nor ‘chocolaty’ but it has that successful salty and sweet combination. You would rather sip on a milkshake? Try their adult version with bourbon and bacon mixed in a chocolate shake. Meat & Bread not wanting to be left out from the bacon in dessert movement created a bacon maple ice cream sandwich (available at its Pender location). It has a nice smoky flavour and sparse bacon bits folded in. 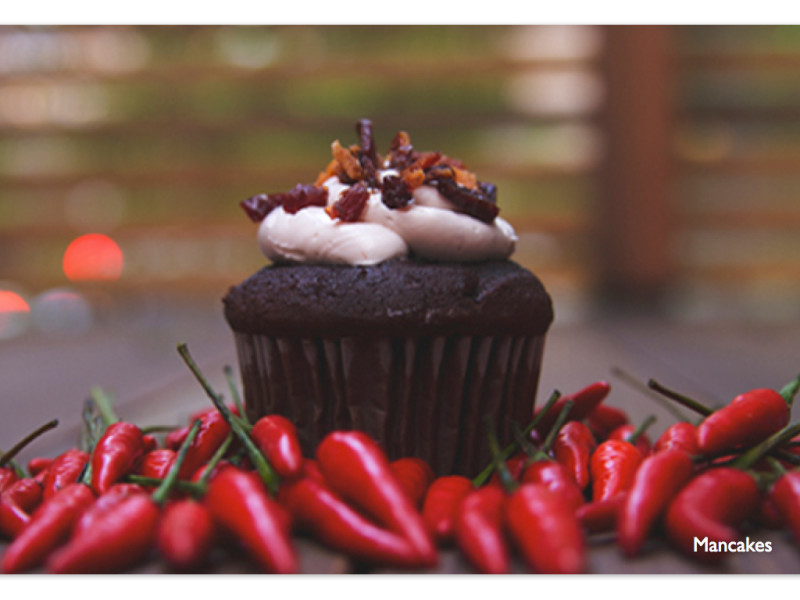 The trend expanded to the fine French baking art: macarons! Maison Clément dared creating a bacon flavour of the fancy treat made of sugar, ground almonds and egg whites (sadly, Bel Café no longer offers its maple bacon macaron). It is definitely not a traditional flavour, but thinking outside the circle never hurts! For those who are serious about their cupcakes, Mancakes offers a solid chocolate chili bacon cupcake that they deliver to you. In Mount Pleasant, The Last Crumb came up with its own version of the maple bacon cupcake. 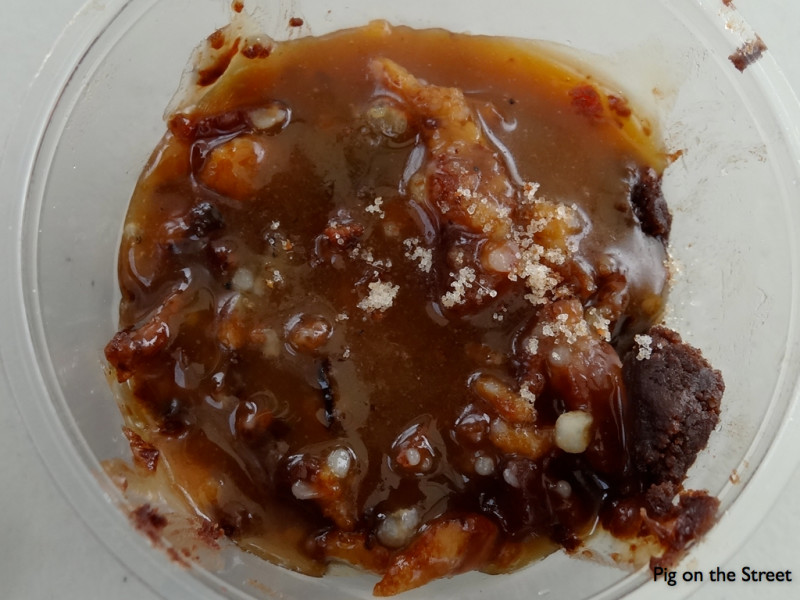 It’s a fact, bacon and chocolate go well together. Xoxolat invented the BTL chocolate (Bacon, Tomato and Love) to surprise your taste buds as well as the West Coast Breakfast, a milk chocolate bar made of maple, caramelized bacon with a touch of expresso. Bacon also sits well on a caramel bourbon brownie as shown by the bacon lovers at Pig on the Street. You might wonder why it is only available in bite size: trust me, that’s all you can handle at once! Last summer, Earnest Ice Cream even turned this decadent dessert into an even more decadent ice cream. 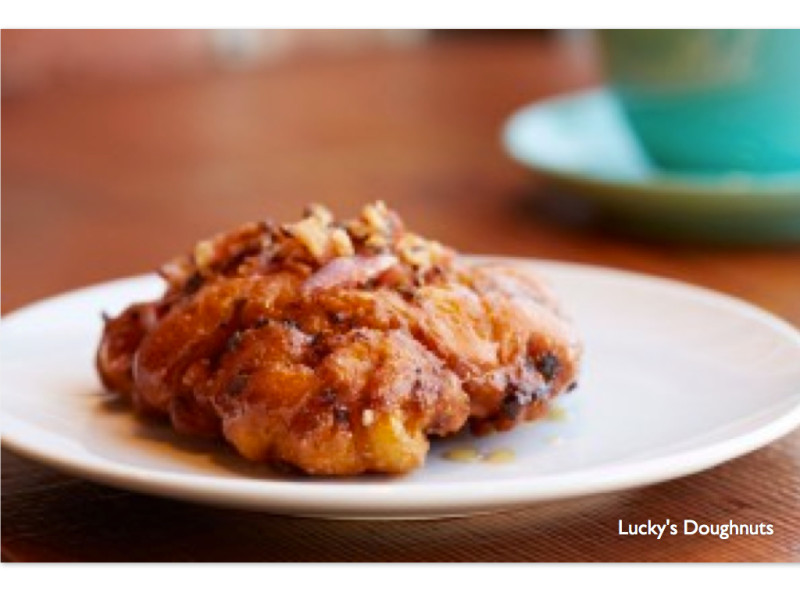 Donuts are also trending in Vancouver and when it meets bacon, it makes for an unforgettable dessert. Cartem Donuterie presented Vancouverites with the Canadian whiskey and bacon donut topped with house made double smoked bacon. An instant hit! Lucky’s Doughnuts offers a bacon apple fritter with — no surprise — apple and bacon, a maple glaze and more crispy bacon on top. 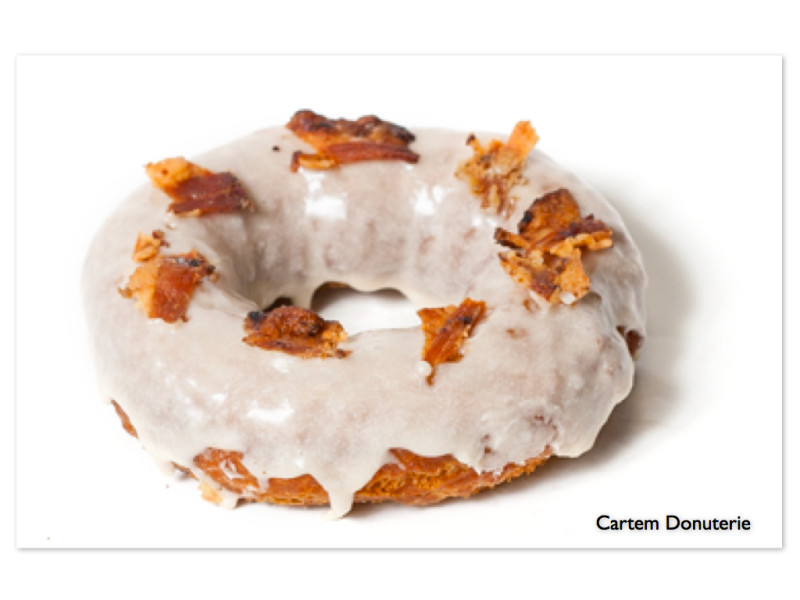 Over at Pie Hole, we offer another take on breakfast – in a pie! The maple French toast bacon (pie) has a buttery crust with a layer of maple cake topped with maple cream and bacon crumble on top. On Commercial Drive, Scandilicious can supply maple bacon jam to go with their waffles. For literally chocolate-covered bacon, order the evil treat online from Sinful Sweets in the States (they do deliver to Canada).

Brownies, cookies, macarons, donuts, pies, ice creams, chocolates: bacon is the perfect complement to all sweets. Whether we pair it with peanut butter, chocolate, chili, maple syrup, bourbon or whiskey, bacon is always fantastic – so eat it shamelessly!

This list is not exhaustive, where do you go to eat your sweet bacon?