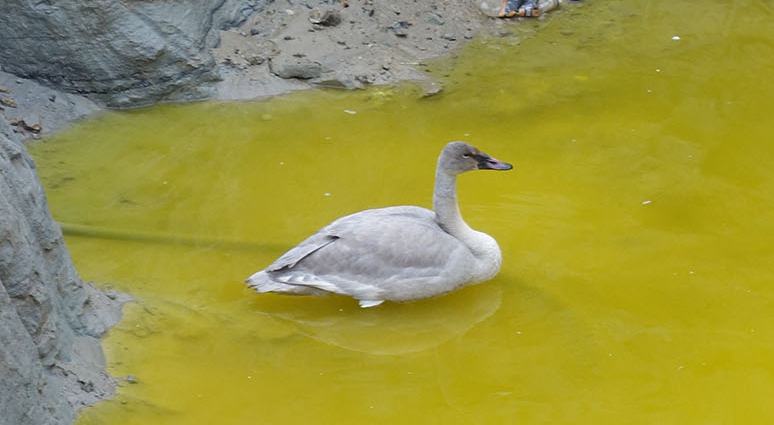 This swan got trapped in a construction site pit in Vancouver. (Wildlife Rescue Association of BC)

It wasn’t what you’d call a typical swan dive.

But a trumpeter swan was helped out of trouble this week, after finding itself stuck in a less-than-ideal swimming spot in Vancouver.

On Wednesday evening, construction workers saw the swan “crash-land” onto their site. Thinking it would simply take off again, the workers left the bird safe within the barriers.

On Thursday morning, the workers arrived to find the bird “paddling in a six metre pit that was filling with rain water,” Wildlife Rescue said in a release. 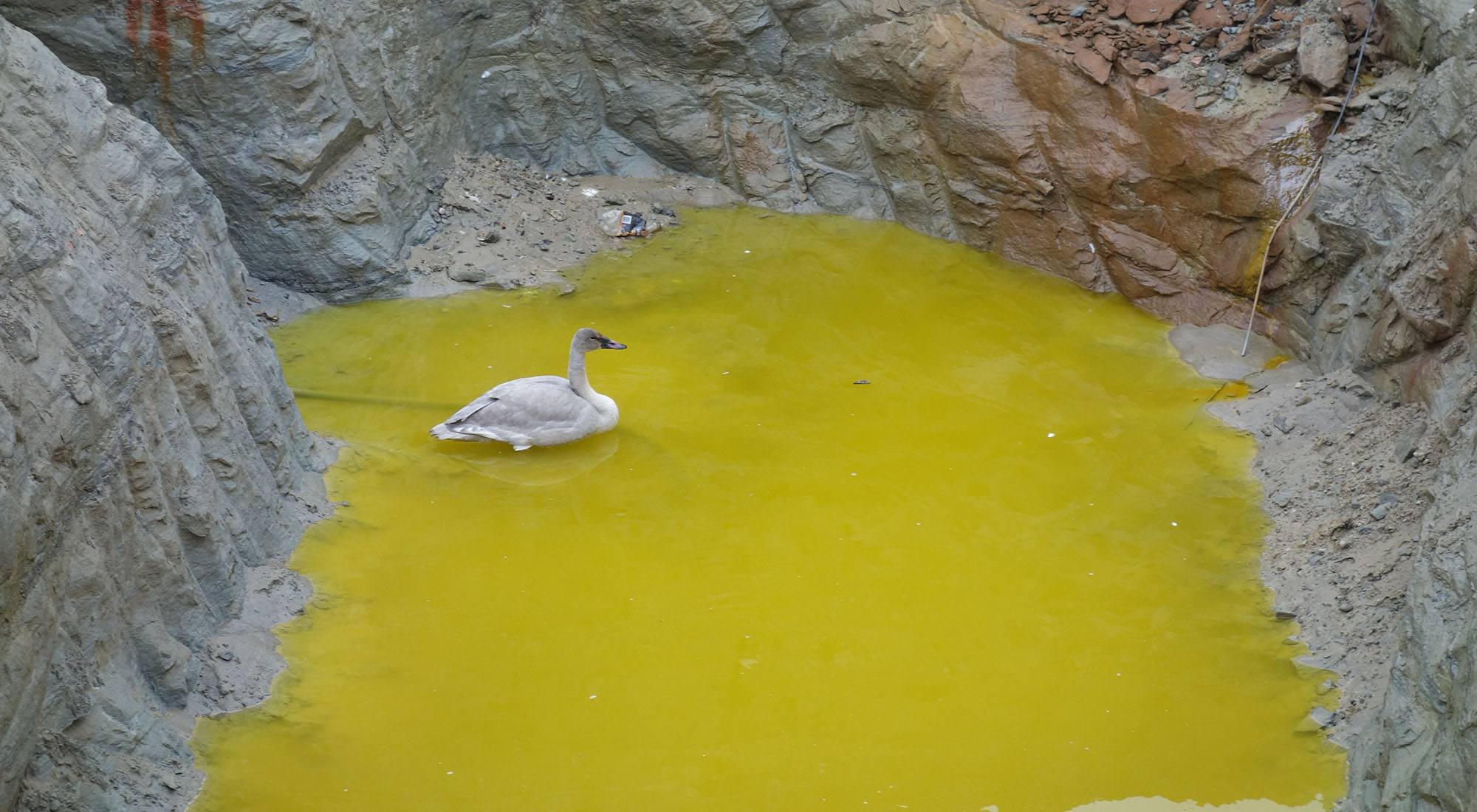 “The steep sides of the pit made it impossible for the swan to gain the lift it needed to take off and Wildlife Rescue was called in to help.”

The construction team spent “several hours” draining the pit to make it safer and easier for an attempted rescue.

Using a ladder, the two-person rescue team descended into the pit carrying nets, towels and blankets. Then they cornered the swan and caught it with a net. 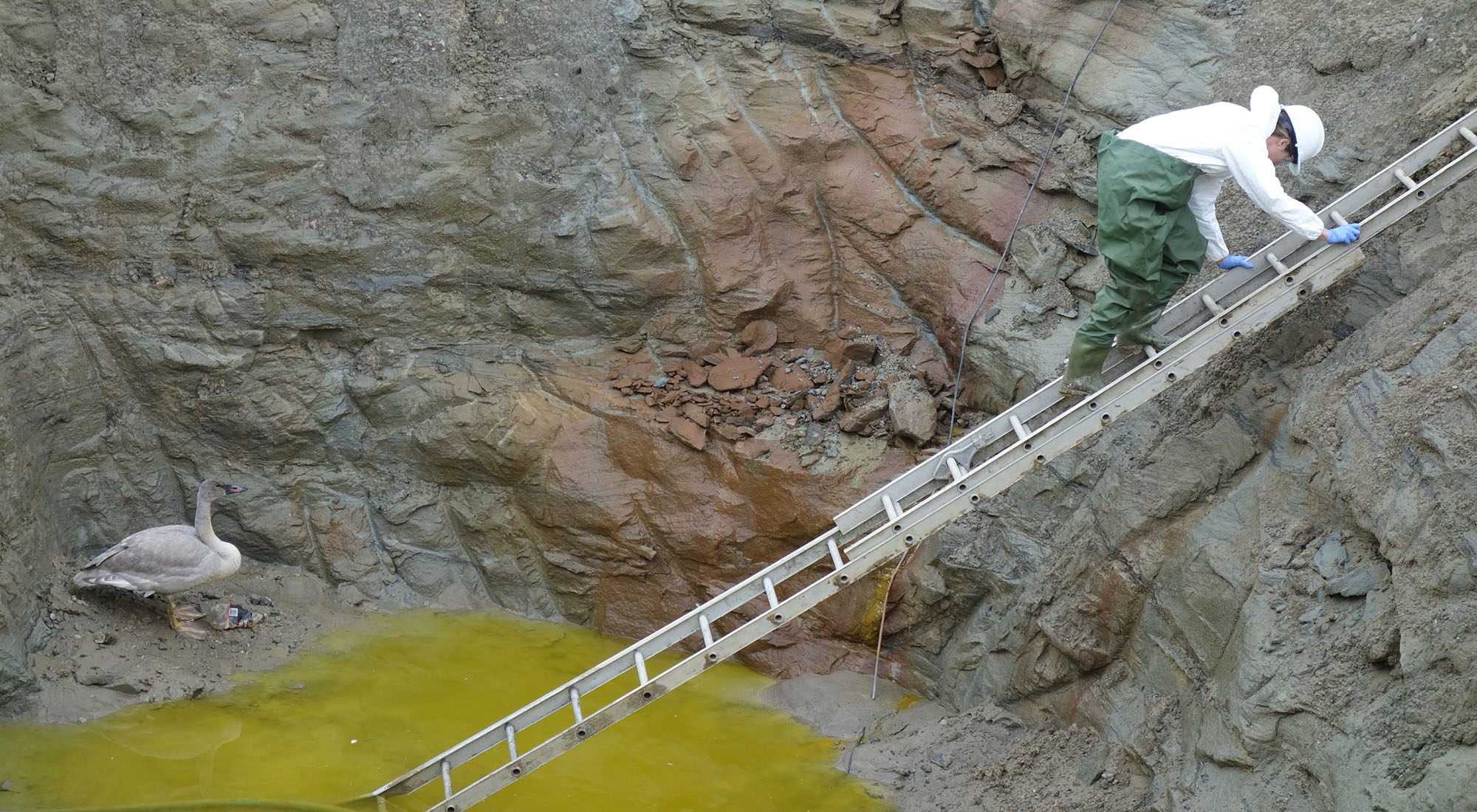 The bird – which weighed 6.2kg – was carried out of the the pit by hand, put in a kennel, and driven to the Wildlife Rescue hospital, near Burnaby Lake.

An examination found no broken bones, “but the bird will be closely monitored in the coming days to assess its feather and skin condition,” the release concluded.