Vancouver is home to some world-class chefs, as is Toronto. This May, two celebrity Canadian chefs, one from the east, and one from the west, will share a kitchen and collaborate on a sold-out 7-course dinner.

Chef collaborations are nothing new, but this one is special. Chef Susur Lee will be flying to Vancouver at the end of April to collaborate with Chef Hidekazu Tojo, culminating in a dinner at Tojo’s on May 1 as part of the expanded EAT! Vancouver Food + Cooking Festival. 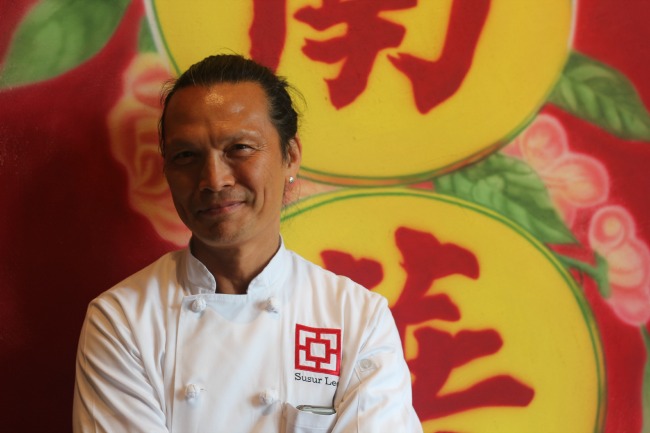 It turns out this collaboration is no coincidence. When the organizers of EAT! Vancouver asked Lee if he’d be interested in doing a collaboration, they suggested several venues to him. “I would like to cook at Tojo’s,” he says via phone interview from his restaurant, Lee, in Toronto. “I went to eat at his place a long time ago, and I enjoyed his food. He’s such a fish master, I’m going to let him do his fish, and then I’m going to come up with some meat; lamb, duck, and game meat. I think it’s going to be a wonderful collaboration.”

The admiration is mutual. “He’s not traditional Chinese food,” says Tojo, when I interview him at his restaurant.  “We have very similar ideas. Basic cuisine, but fusion.”

Lee hails from Hong Kong, and immigrated to Canada in 1978. Tojo, who was born in Japan, had already been in Canada since 1971. While both received traditional training in their countries of origin, both have also travelled widely and integrated cuisines of different cultures into their cooking. Both are chef/owners of restaurants named after them. And both are thought to be masters of their craft.

The proof of Lee’s fame has been a little more public, including a battle with Bobby Flay on Iron Chef America (only the second Canadian to do so), and a season on Top Chef Masters, where he placed second (but got the top score ever for a challenge dish on that show). Most recently, Lee sits on the other side of the table, as a judge on Chopped Canada, a job he really loves. “I really enjoy sharing expertise with the chef competitors,” explains Lee. 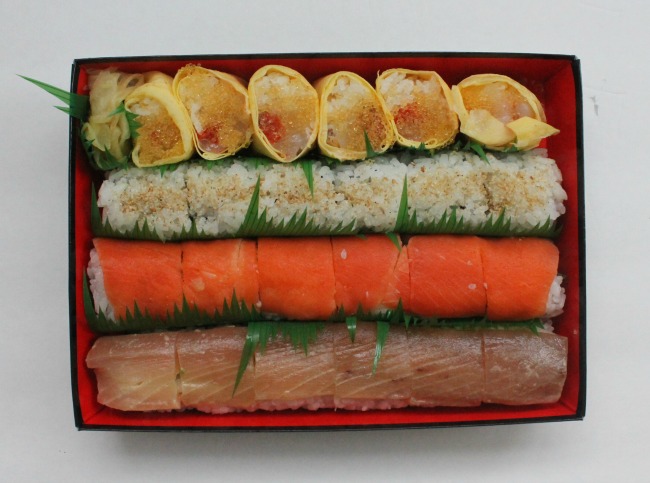 Tojo’s has simply become known as the place to go in Vancouver for exceptional Japanese food. On any given night, it’s not rare for celebrities, movie stars, and international foodies to rub elbows at the sushi bar. Three quarters of the patrons that walk through the door put themselves in Chef Tojo’s hands–a practice called omakase–and the chef is incredibly skilled at figuring out what the customer wants, and delivering it. The result is an incredibly loyal audience of repeat customers from all over the world.

Both chefs are known for their exceptionally elegant plating. “People are looking for creativity,” says Tojo. “Food should be art.”

Chopped Canada also knocked on Tojo’s door, but he declined the opportunity to become a judge on the popular Food Network show. “Food is so subjective,” he says. “I always eat at a restaurant three times before making a judgement about it.” 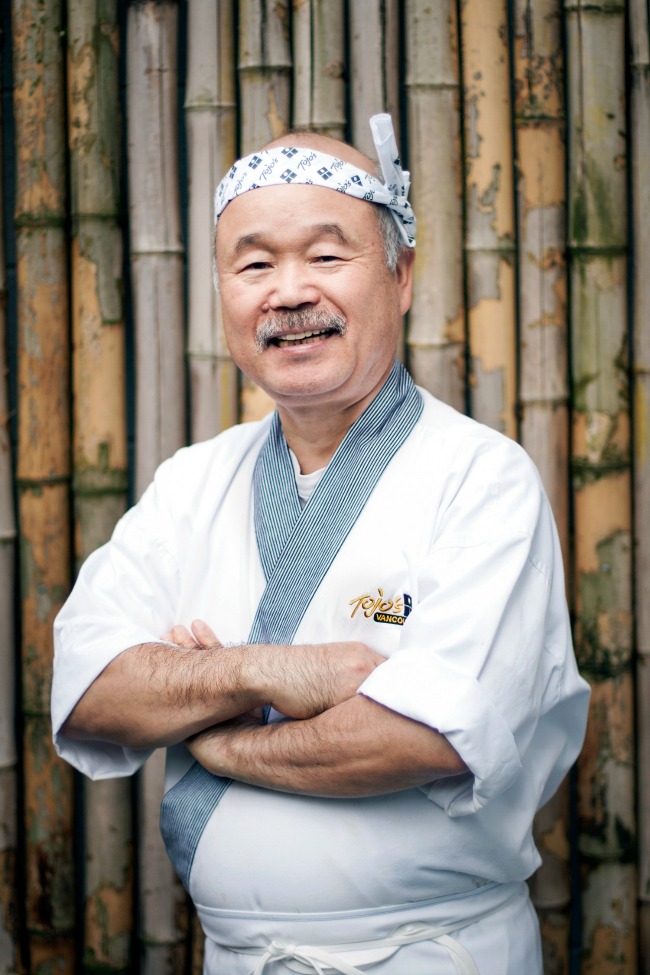 Both Lee and Tojo are family men. Married for many years, and with grown-up children, Lee’s sons decided to follow him into the business. The three of them opened Luckee in Toronto last year. “They grew up playing with pizza dough on the floor of my kitchen. They grew up in the restaurant environment,” says Lee. “They like it so far, but I still tell them, ‘you wake up one day, you don’t like it, you can still do what you want to do.”

Tojo’s children, now in their thirties, with families of their own, decided not to follow in their father’s footsteps. “They love good food, and they are very good cooks. But they saw the long hours I worked,” explains Tojo. “In Japan, whole families run restaurants, but I have a different idea. I said to them: ‘you choose.'”

The May 1 collaboration dinner between Chefs Susur Lee and Tojo will feature 6 courses plus dessert. The dinner, limited to 120 seats, and is sold out, but judging from the respect these two chefs have for each other, this dinner is very likely just the start of many future collaborations.