In order for a restaurant to survive, they have to make a lasting impression on the consumer. For Vancouverites, sustainability has gone beyond the buzzword to become a core concept and practice. Everything from the ground up matters, including how much waste a restaurant generates, and where their meat, fish, and vegetables come from.

How does sustainability function in the restaurant industry? And what sparks the passion of chefs who put sustainability at the forefront of their culinary perspective? I talked to a few chefs who are leaders in the sustainable dining movement to dig deeper into the matter.

Over at Forage restaurant at the edge of Vancouver’s trendy West End, Chef Chris Whittaker is taking his farm roots and growing something very special. Launched as part of BC Hydro’s Next Course program, the restaurant itself was built with energy conservation in mind.

In the kitchen, Whittaker is in charge of breakfast, lunch, and dinner menus that make the most use out of ingredients. Whittaker’s goal is to not only keep waste out of the landfill, but also divert it from the compost pile.

Whittaker, who describes himself as an outdoorsman, grew up in Thunder Bay, Ontario, and has vivid memories of growing food, his grandparents’ farm, and peeling beets for pickling until his arms were stained deep purple. At Forage, Whittaker takes seasonality into consideration when building recipes for dishes as well as what they can pickle, ferment, or preserve for use anytime from the next season to three years down the line. 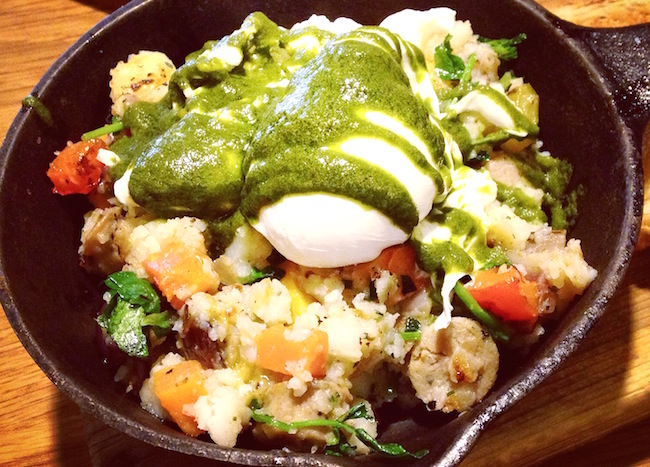 Commuting from his home in Maple Ridge, where Whittaker hunts, fishes, raises bees, and grows food, the chef keeps steady contact with natural resources through his own two hands, but also through the relationships he’s formed with local farmers and vendors whose produce and proteins end up on the Forage menu.

For Whittaker, enabling diners to feel connected to what they eat is key. “If people want to know where their food comes from, we have a lot of honesty and integrity as to what we do,” he says of the mission of Forage.

Meanwhile, at the Four Seasons in downtown Vancouver, Chef Ned Bell of YEW seafood + bar is similarly championing sustainability, with a focus on fish. Bell’s passion for sustainable seafood led him to launch Chef for Oceans as a platform for raising awareness on the issue. In the summer of 2014, Bell bicycled across Canada to promote the cause. 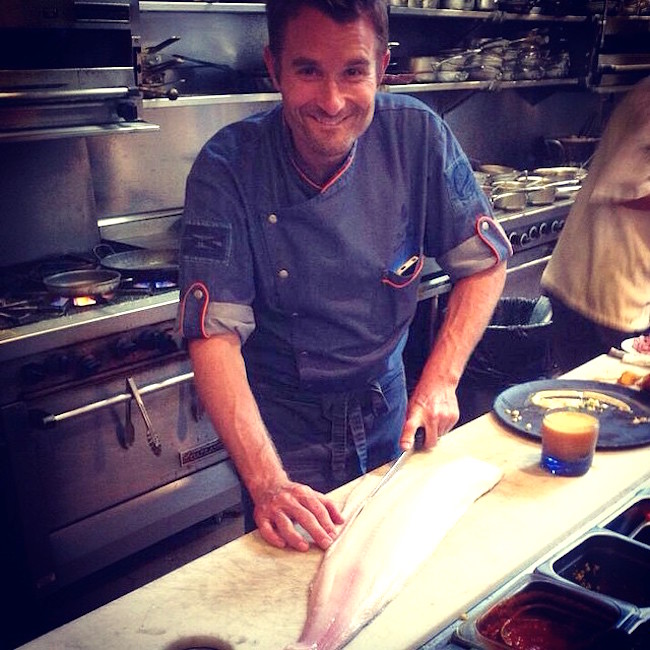 Bell readily admits that while he works with seafood and champions the oceans and fishermen, he is often primarily inspired by vegetables. “Nutrient dense plant-based cooking is dominating most focused chefs these days,” explains Bell, who says most of what’s on his menu at YEW showcases vegetables, and can often be easily re-classified as vegan with minor tweaks.

With deference to the tremendous amount of skill it takes to prepare thoughtful, delicious vegetable-based dishes, Bell is glad that Vancouver’s diners are gravitating towards restaurants that champion seasonal produce and cooking, particularly considering the abundance available in British Columbia. And yet, the tremendous wealth of local seafood is undeniable, and Bell is hopeful the restaurant industry and the dining public can support sustainable practices.

“A fisherman is as important as a farmer,” remarks Bell. “We have to pay attention to [sustainable seafood], highlight it, nurture it, respect it.”

Truly inspired by wellness of the human body and of the earth, Bell is dismayed about the state of our food system, but not without optimism that things can improve.

“We don’t put a value to quality, unfortunately. We expect food to just be cheap. We expect to go to the grocery store, and buy everything under one roof–beef to detergent and toilet paper and clothing and seafood–that’s just ridiculous,” says of our current mode of getting food into our homes an on our tables. 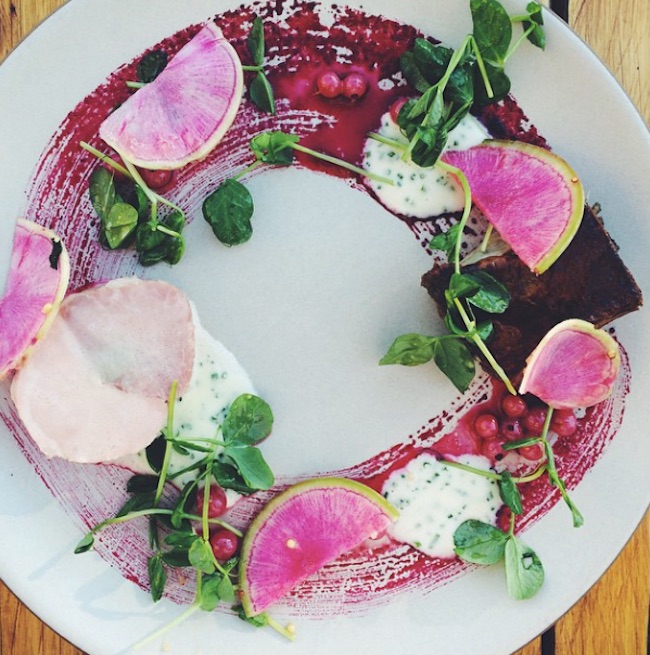 “Our bizarre addiction to cheap [food] is slowly but surely killing us in a way that most people in our generation don’t understand yet,” adds Bell. “I’m seeing a real shift in awareness, potential activation, though. People are really curious about where their food comes from, who grows it, who is the artisan behind it.”

For other chefs, sustainability isn’t just what’s new and now, it’s a necessity.

“If we do not embrace sustainability now what will be left in food culture and ingredients to embrace later?” posits Chef Andrew Winfield from Calgary’s River Café, where sustainability has been on the menu long before it was a trend.

John van der Lieck, whose Oyama Sausage Co. is one of Vancouver’s Granville Island Public Market’s most popular stalls, is also a voice for sustainability in cooking, specifically in meat. Of the practice of sustainability in the food business, van der Lieck says: “It is not only a good path to follow – for the future of the planet, but if practiced intensely leads to fabulous new ideas in the culinary world.”

New ideas sometimes are born of ages-old practices. At Forage, Whittaker and his team are prepping to launch a fermentation program that will find them crafting misos, vinegars, soy sauces, and other ingredients that won’t even be put to use for a year or more. It seems like second nature for the farm kid who grew up making sauerkraut with his family. Even in making vinegars Whittaker and the Forage team have their eyes on the waste pile; the chef says he’d rather use things like apple cores and peels for fermentation projects than put them out for compost.

How ingredients get used to their full potential is part of how chefs and restaurants are making strides to be more sustainable. It’s the driving force behind the “nose-to-tail” meat movement, which is how offal and fourth quarter cuts are getting star spots on menus, and why charcuterie boards are enjoying a renaissance.

But in this era of social media, smartphones, and an obsession with what’s next, diners are still embracing something as fundamental as eating local and preserving foods. The chefs seem to understand why this is happening.

“We as a culture have made life so complicated, so people are starting to want simplicity. To me that’s the main driver. We want to go back to a time when we didn’t have to read 17 ingredients on a label, we just want to throw some salt on some cabbage and make sauerkraut,” theorizes Whittaker.

Bell echoes Whittaker’s sentiment, and points to our society’s reliance on importing produce rather than emphasizing seasonality. “We have to go back to more people appreciating what’s in our own backyard rather than finding a product that’s far away and bringing it up here so we have it 12 months a year,” says Bell. 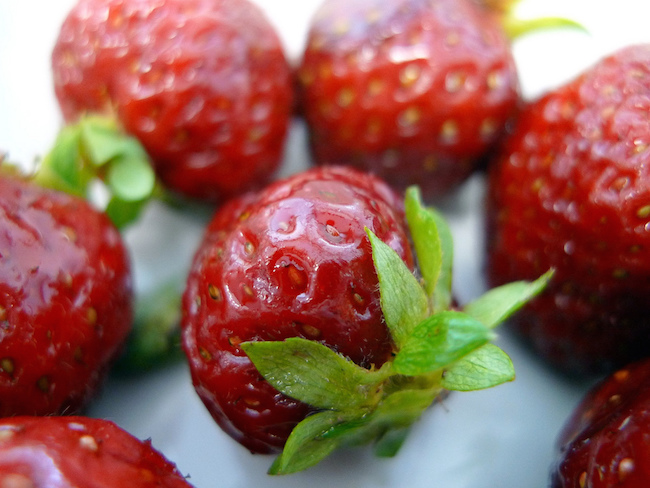 Diners, in turn, are benefitting from the chefs who are putting local and seasonal produce as well as lesser-known cuts of meat on the menu. This is working to help “the home cook look at more economical cooking, as well as flavour,” explains Winfield. “We get to understand what a real strawberry or tomato should taste like, and understand that secondary cut of protein perhaps has more flavour than the traditional tenderloin.”

And the benefits go back to the farmers, ranchers, and fishermen who are growing, tending, and procuring the products that end up on our plates. Doing so is “adding value within our system of agriculture,” nationwide, says Winfield.

Taking care of our natural resources is a big responsibility, and while it’s a shared one, many of the chefs at the forefront of the sustainability movement take their roles very seriously.

“Who said that we get to destroy the earth?” asks Bell. “That’s why I believe so strongly in trying to affect change in how I feed people. I feel a responsibility to feed those people properly, with good ingredients, and I can list off the fishermen, and artisans and farmers who were behind building that meal.”

And so what if it’s a trend? “It is a side effect of the internet, that we can visit the past. Nose to tail and farm to table were here, went away and have returned. Those who forget the past must suffer the future. We remember the past and it is delicious!” comments van der Lieck. 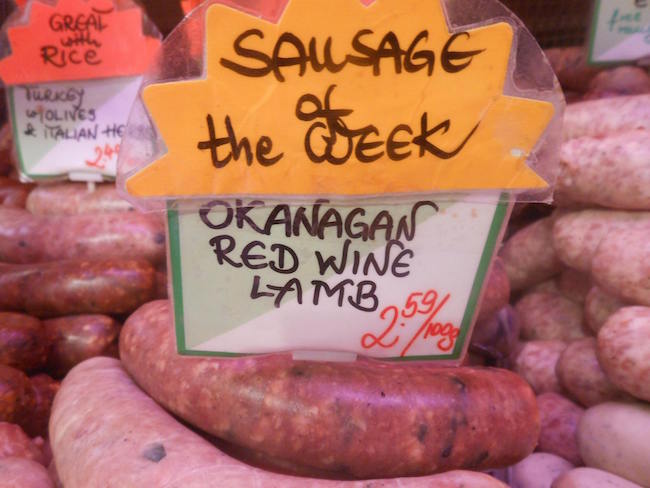 For Bell, just sparking awareness is the starting point, and it doesn’t matter how or why they got there: “At the end of the day I don’t care if they call it a trend or not. Whatever opportunity [sustainability] has to become on the forefront of [people’s] minds, or lead them to think about where their food comes from when they go shopping…it’s adding to the tidal wave of change.”

Sustainability in the restaurant industry is the focus of a series of four panels at the EAT! Vancouver Food + Cooking Festival’s Hospitality Symposium on April 29, 2015. Ned Bell will discuss ethical aquaculture, and John van der Lieck charcuterie and off-cuts of meat. Chris Whittaker and Andrew Winfield are teaming up for a collaborative dinner at Forage on April 29, highlighting local Canadian cuisine.