UPDATE: Police officers are taking down the police lines and the bomb squad is leaving. Hornby Street is back open.

A suspicious package has been found half a block away from the Vancouver law courts. Vancouver Police have closed the 1000 block of Hornby between Helmcken and Nelson.

Vancouver Police said a citizen reported seeing the suspicious package in a planter around 10:30 a.m.

Residences and businesses in the immediate area have been evacuated. 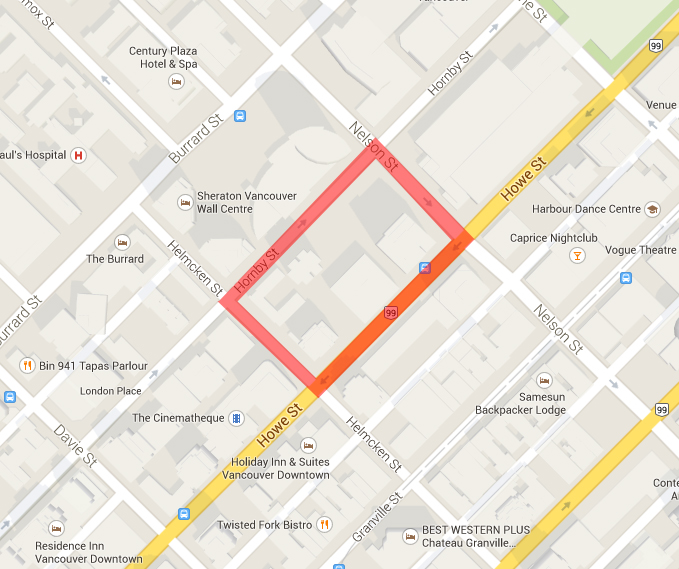 1000 Hornby closed to all traffic after a citizen reported a suspicious package. #VPD investigating. Update to follow.

The scene on Hornby between Helmcken and Nelson. #suspiciouspakage pic.twitter.com/LjOkzYXnYa

Police not confirming details, but workers at nearby bank asked to leave as lockdown procedures in place. #Vancouver pic.twitter.com/A8xgLuIpfg

Security have confirmed police investigating a suspicious package half a block away from #Vancouver law courts. pic.twitter.com/HPAOiPn6FQ