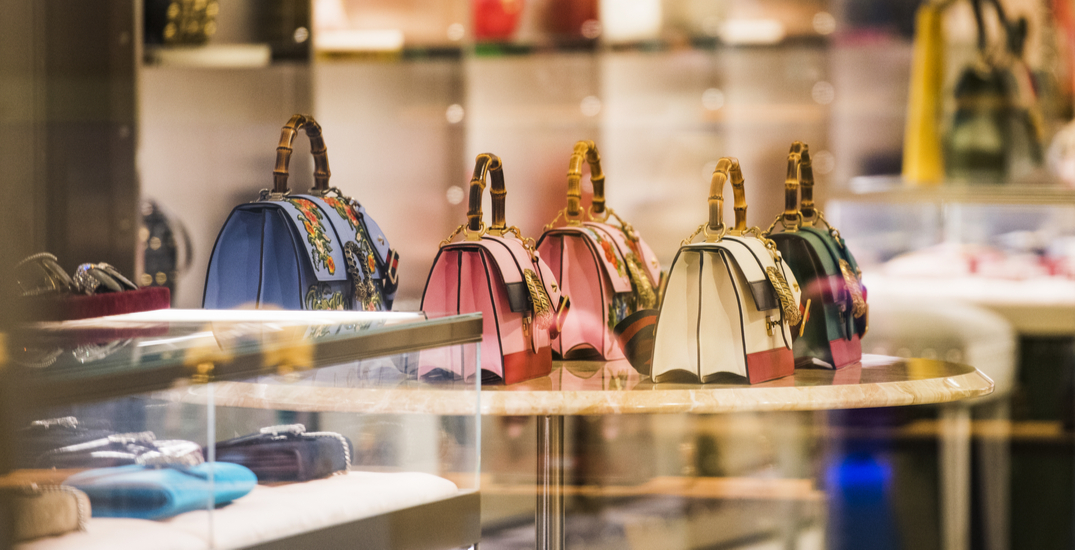 Gucci products located inside a store in Milan (Creative Lab/Shutterstock)

Tens of thousands of dollars in products were stolen from a Gucci retailer in downtown Vancouver.

Police say that the robbery took place on Thursday, just after 7 pm, at the Gucci store on Thurlow Street.

Two men who wore face masks reportedly pepper-sprayed the security guard in front of the store before entering.

“Once in the store, one of the suspects deployed pepper spray at the patrons in the store while the other suspect concealed store merchandise in a bag,” VPD spokesperson Constable Tania Visintin tells Daily Hive in an email.

Approximately $25,000 worth of store merchandise was stolen.

At this point in time, no arrests have been made, and the file remains under investigation.