A 24-year-old Surrey woman has been charged with Animal Cruelty after stabbing a dog in February of this year according to the BC SPCA.

RCMP responded to a 9-1-1 call from a Surrey basement suite where they found the dog beaten and suffering from multiple stab wounds. There was also a four-year-old child in the suite that was removed by the Ministry of Children and Family Development.

“The dog had stabbed, beaten and bound by electrical cords when we got there,” alleged RCMP spokesman Corporal Bert Paquet.

RCMP also stated it appeared the dog had jewellery stuffed down its throat, and into its eye sockets, as well as lesions in the throat. A later x-ray confirmed Ryder had an extensive array of objects in his stomach, including four lighters, a USB card, a fish hook, money, metal jewellery and raisins – toxic for dogs. 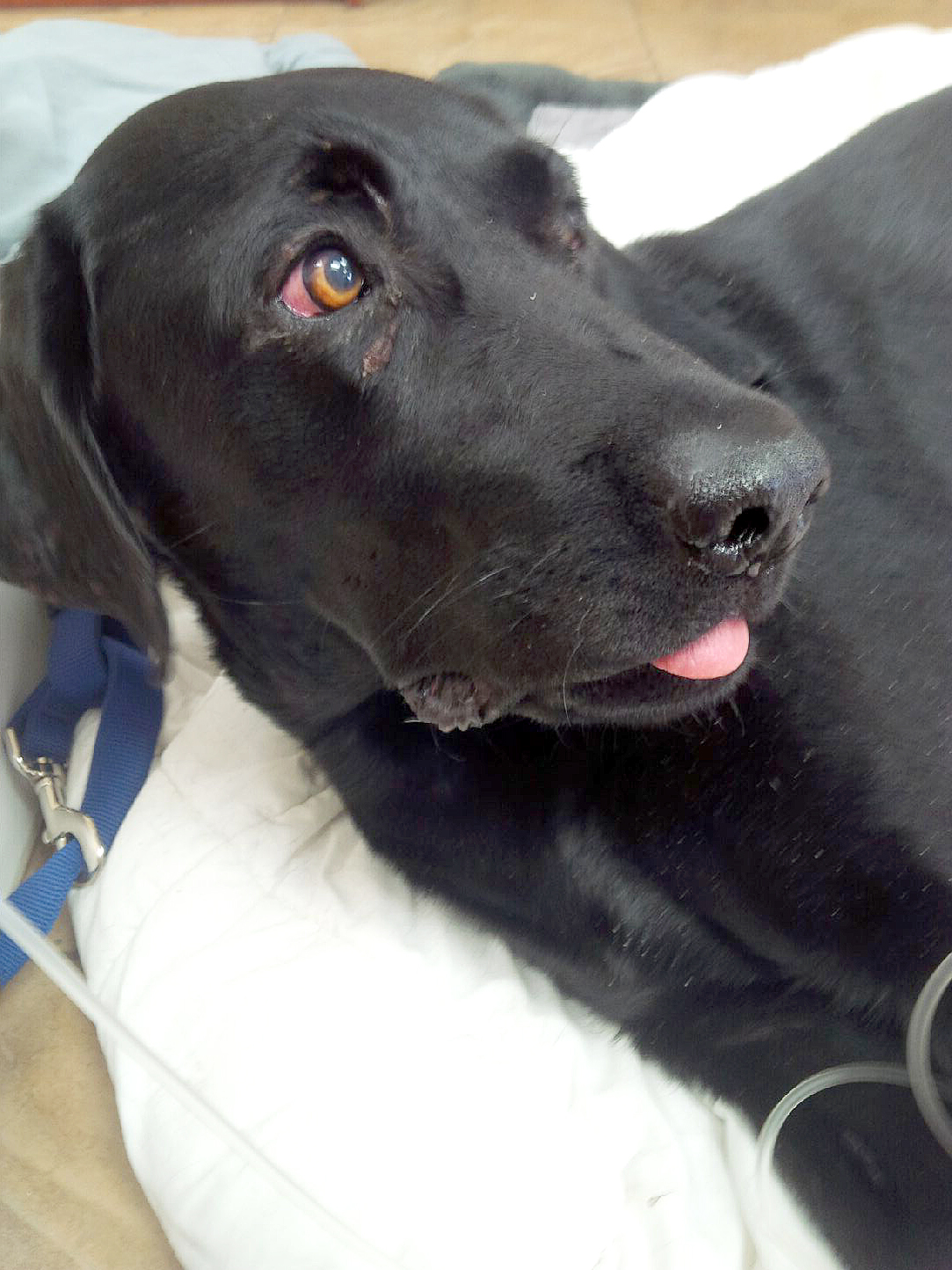 The black Labrador Retriever named Ryder had gone missing from his owner’s Chimney Heights yard prior to the incident.

The dog’s owner, Ryan Westaway, had reported Ryder missing from his yard in Surrey on February 14. He told CTV that day: ““I was shocked beyond belief. It’s unbelievable what was in his stomach. Who would do this? Who is this person?”

“He had a wedding ring inserted into – jammed into – his eyelid. He had lacerations with a knife through his throat,” Westaway continued.

Police apprehended a 24 year-old Lindsey Susan Hirtrieter on the scene and was taken into custody by the RCMP for a psychiatric evaluation the day of the incident.

“We are extremely pleased that charges have now been approved in this very sad case,” said Senior Animal Protection Officer for the BC SPCA Eileen Drever.

“No animal should have to go through the pain and suffering that this poor dog endured.”

If charged, Hirtrieter faces fines of up to $75,000, two years in jail and a lifetime ban on owning animals.