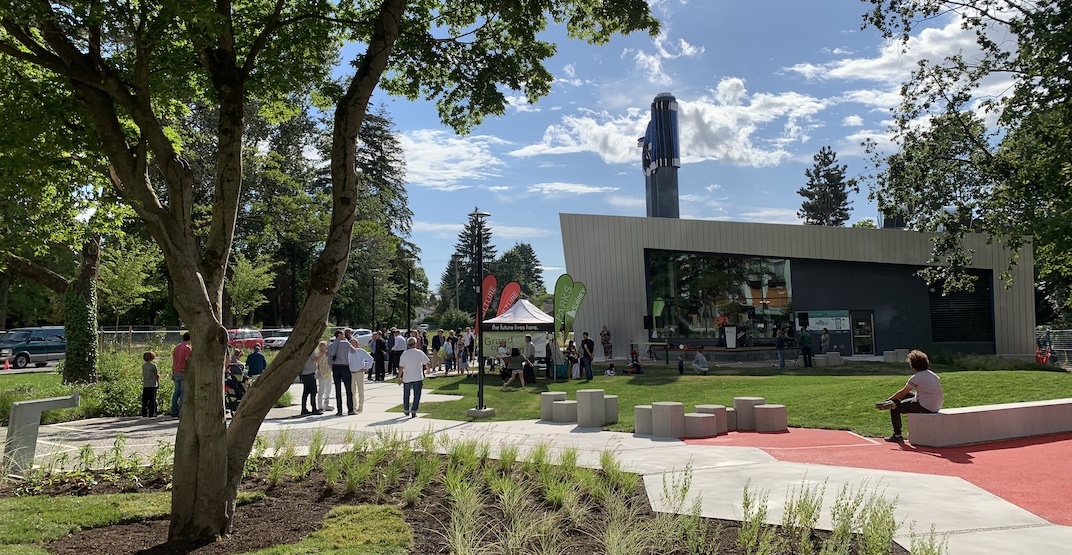 This new facility, the West Village Energy Centre, at 13231 Central Avenue includes a 0.7-acre public park with green space, a plaza, and a children’s play area.

As for the centrepiece, the district energy centre, it will provide the heating needs for buildings within the West Village and city centre areas connected by underground pipes. It uses high-efficiency natural gas boilers that are partially fuelled by biogas produced from organic waste at the Surrey Biofuel Facility.

The three boiler stacks on the roof of the district energy centre have been given a whimsical public art treatment to reduce its industrial appearance. Blue and white coloured blankets are ‘stacked’ on top of the stacks, with three variation of designs — folded, draped, and wrapped — symbolizing the three states of energy: stored, waiting, and in use.

The public art piece, dubbed Blankets, was designed by Emily Carr University of Art and Design graduate Erica Stockings, who was also responsible for Yellow Fence at Simon Fraser University’s Burnaby campus and Geyser for Hillcrest Park outside Hillcrest Centre.

The Southeast False Creek Neighbourhood Energy Utility, the Vancouver district energy centre that serves the Olympic Village, also has a public art treatment for its stacks, with coloured LED lighting illuminating the tips to represent the system’s usage. 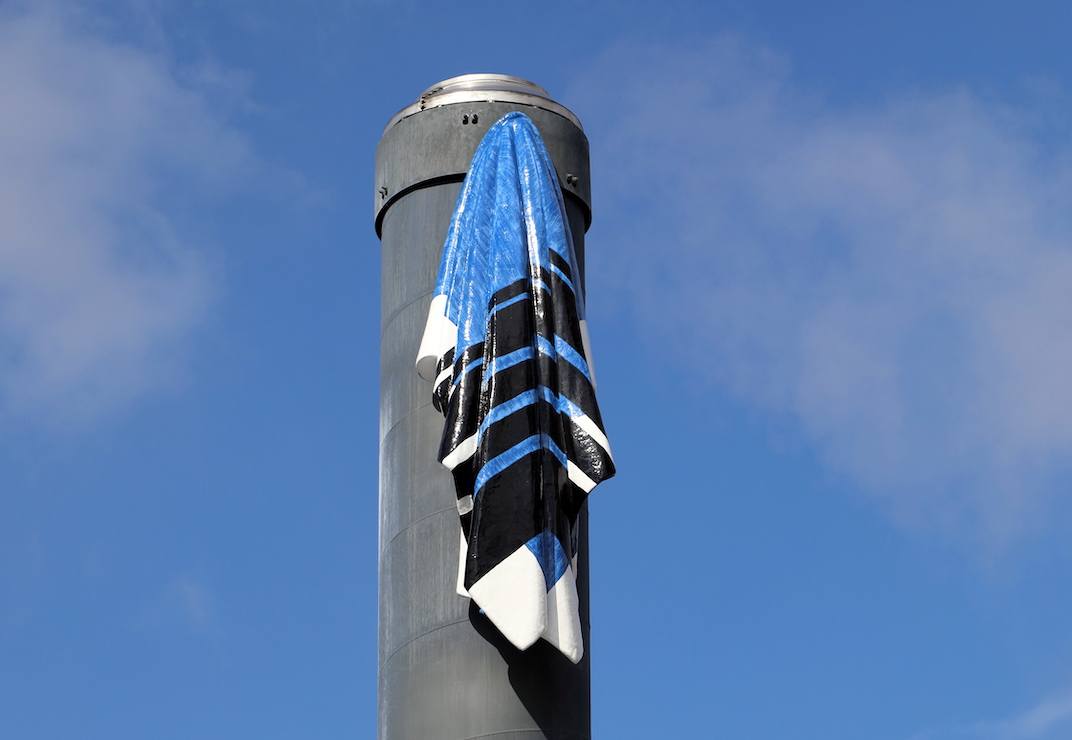 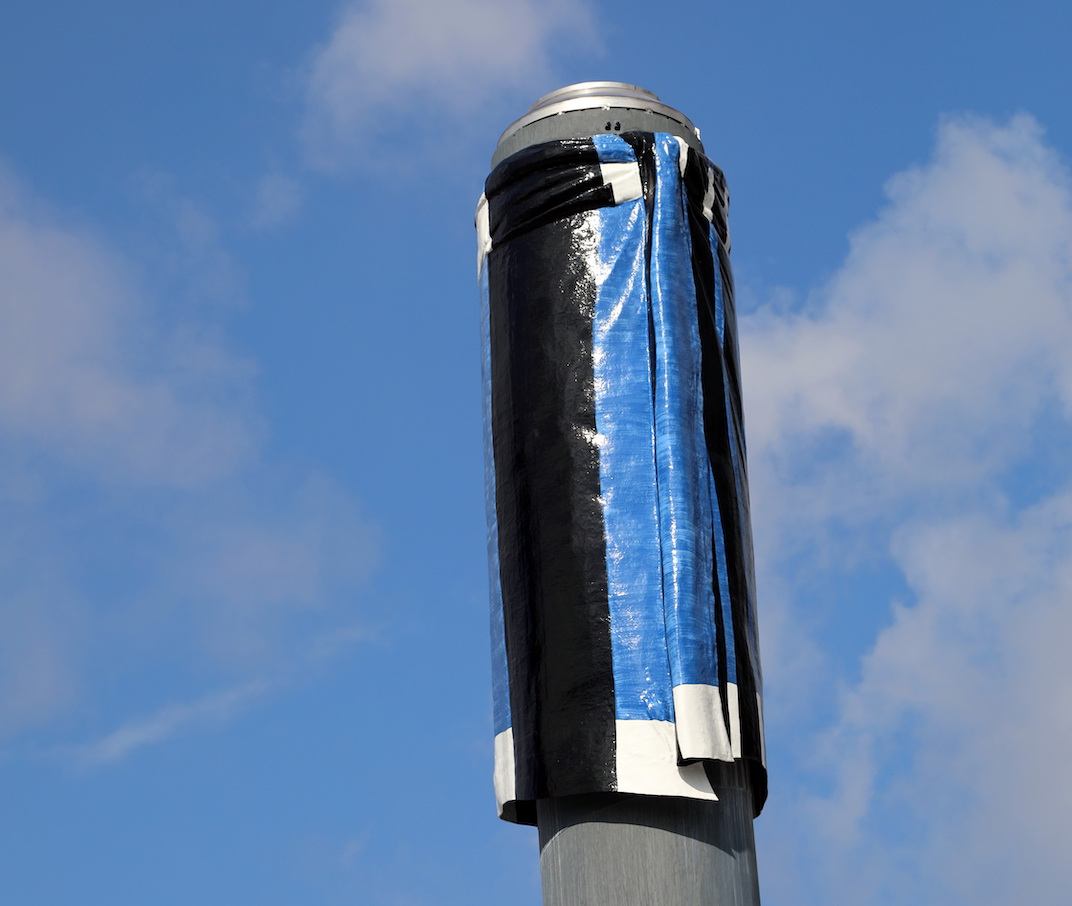