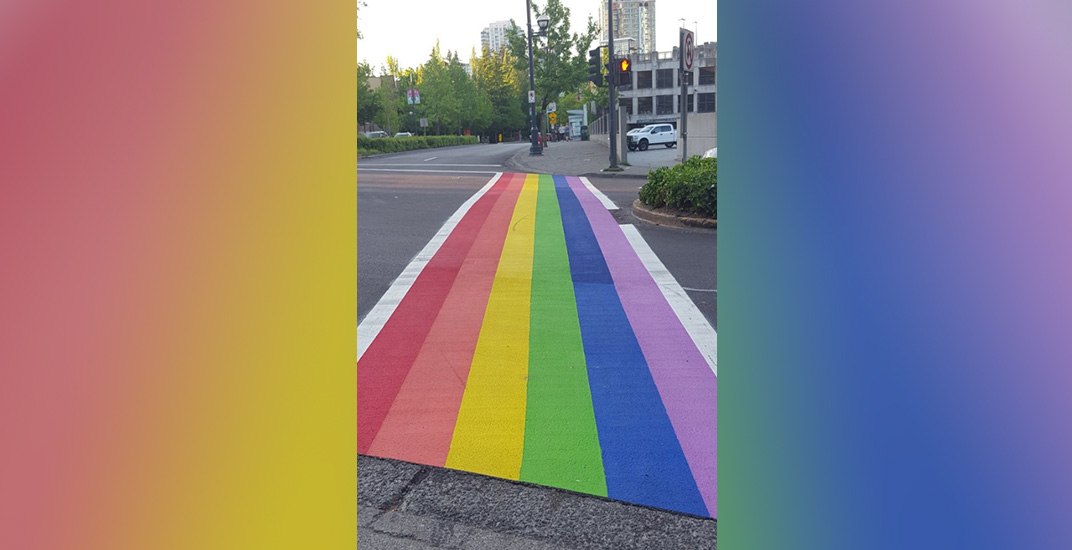 Surrey is a bit more colourful with the installation of a new rainbow crosswalk.

The colourful crosswalk symbolizes support for the LGBTQ community, and it’s a timely addition seeing that June is Pride Month.

The crosswalk was first announced earlier in June.

According to the City of Surrey, the crosswalk cost $8,500 and has been painted at the intersection of Old Yale Road and University Drive near Holland Park, which is the site of Surrey’s Pride Festival.

“The rainbow crosswalk is on the route of Surrey’s Pride Parade and next to Holland Park where the city’s annual Pride Festival is held. The addition of a rainbow crosswalk only further strengthens the message that Surrey is an inclusive and welcoming city to all,” said Surrey Mayor Linda Hepner in a statement sent to Daily Hive, earlier this month.