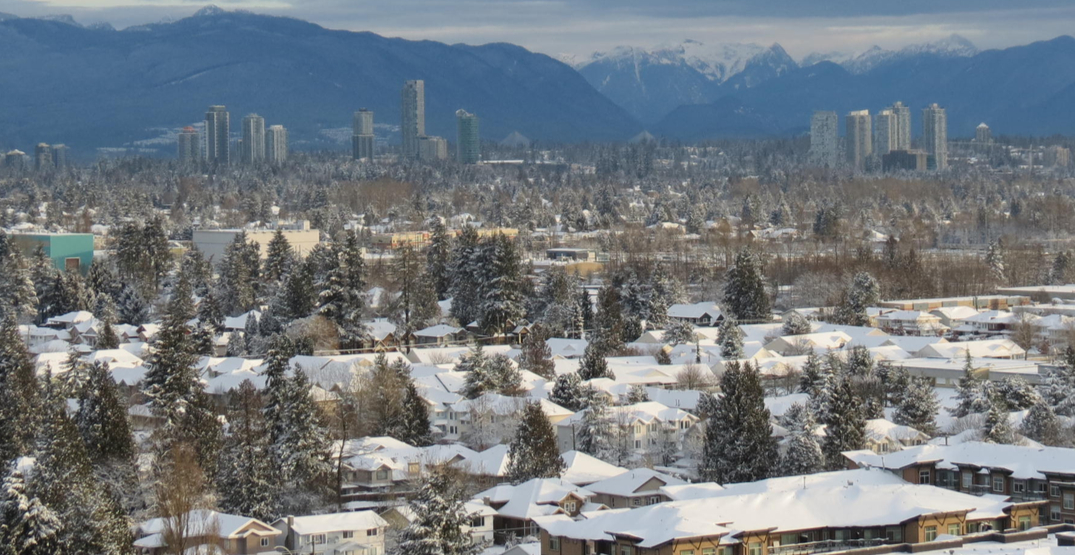 With snow in the forecast and freezing temperatures on the way, municipalities across the Lower Mainland are preparing for the onslaught of winter weather.

Among these is the City of Surrey, which has now released a *ahem* dramatic video on social media that show just how prepared it is.

“Snow & ice equipment is prepped,” the city tweeted. “The Engineering Operations teams are in place. We’re ready to respond.”

Turn your sound on and watch the video for yourself below:

Help us battle winter conditions by doing your part. Learn how: https://t.co/33dD8y0bT8 pic.twitter.com/C4chgmxafg

According to the city, Surrey has 4,700 “lane kilometres” of road and “our crews work hard to prepare and maintain roads for winter conditions.”

The city said it focus is on “keeping major roads safe and passable during the winter season to ensure emergency vehicles can respond quickly and to maintain public transit and vehicle travel on main arterial roads.”

To do this, the city said it employs a three-level priority system:

Environment Canada says that a low tracking system is spreading moisture across the south coast of British Columbia. Since temperatures are near the freezing mark, a mix of rain and snow is forecasted throughout the region.