RCMP are investigating an apparent fourth shooting in Surrey, the fourth incident in the city in two days.

At approximately 1:30 p.m. on Wednesday afternoon, shots were fired in a residential neighbourhood near the intersection of 132nd Street and 80th Avenue. Shell casings were found in the area where a SUV was seen chasing another vehicle.

This follows three other incident that occurred within a 19 hour span, with all incidents occurring merely blocks from each other. Police have reason to believe the incidents are connected and targeted: 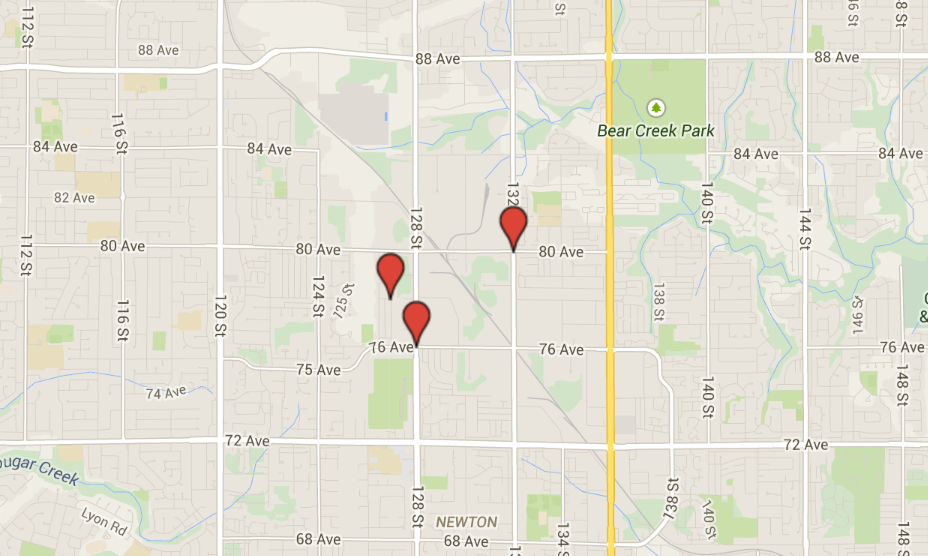