Two men have been arrested, along with a sizeable amount of narcotics and a firearm seized during what Surrey RCMP are calling a “proactive patrol” in the Newton area.

The incident took place on Tuesday, July 26, when members of the Surrey RCMP Drug Unit were on patrol in the area of 64 Avenue and King George Boulevard.

Officers noticed individuals in a car which who were thought to be “conducting activity consistent with drug trafficking.” 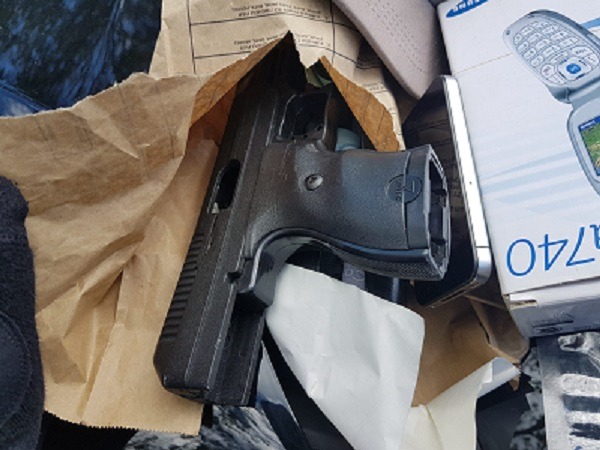 Daniel Ashenden, 33-years-old, has been charged with one count of failure to comply with conditions not to possess a prohibited weapon.

Both men are currently in custody and have a court appearance later this afternoon.

Inspector Shawna Baher, Proactive Enforcement Officer of the Surrey RCMP, comments that the arrests will continue “to target those involved in the illegal drug trade that perpetuates violence in our city.”