Around 4:00 p.m. yesterday, Surrey Mayor Linda Hepner’s Twitter feed displayed a rather strange tweet that left many of her 2,800 followers confused. 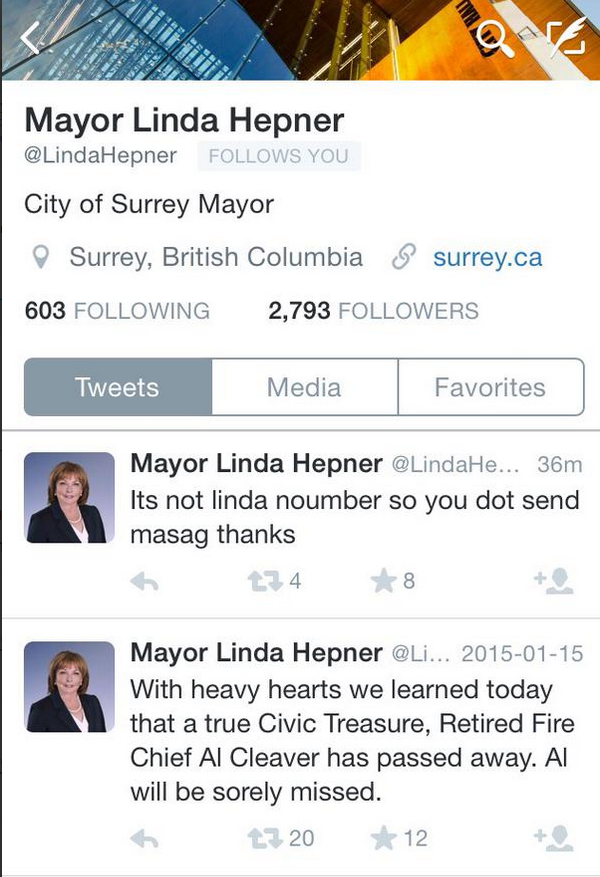 But in fact, Mayor Hepner was not drunk at 4 p.m. Instead, her account had been hacked, according to the Mayor’s Office.

Thank you to the Media and those who contacted our office letting us know the Mayor’s @LindaHepner account had been hacked.