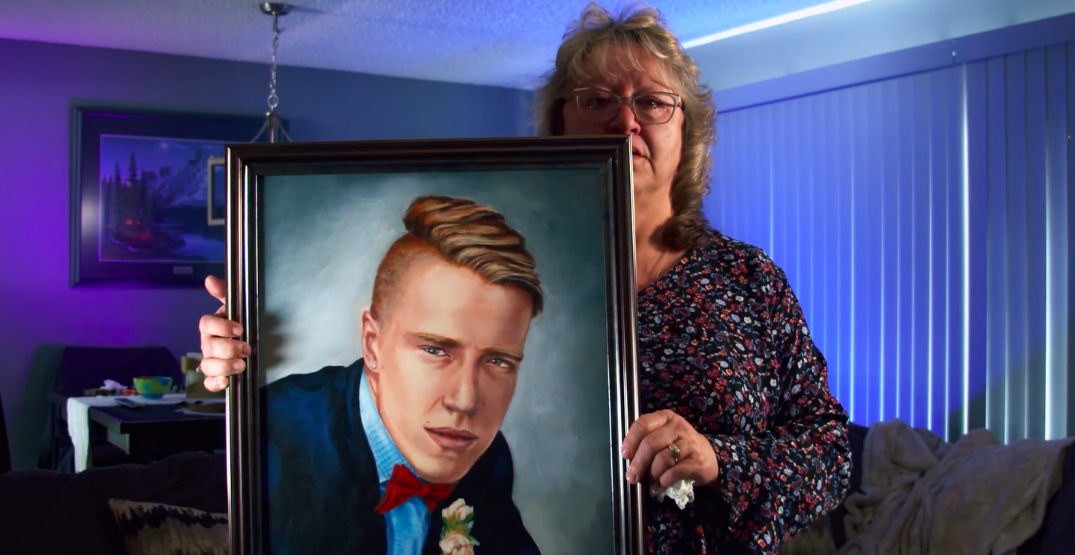 Kim Krupa holds a portrait of her son Tanner, who was found dead in Surrey in 2017. (Screencap/WhatHappenedtoTanner.com)

The family of 19-year-old homicide victim Tanner Krupa has developed a website in his memory and is appealing to the public for information on the case.

On August 20, 2017, at around 5 am, the body of Krupa was found in a back alleyway in Surrey. Police determined he was the victim of a homicide.

Originally from Edmonton, Tanner had just turned 19 when he relocated to the BC city to start a new job. He was found dead three days after arriving in the city. His murder is still unsolved.

“It’s so unexplainable,” said Tanner’s mother, Kim. “Why would somebody consciously take his life? How can somebody do that?”

Now, Tanner’s family and friends have created a website to tell his story in the hopes that someone with information about his murder will come forward.

“Tanner’s website and video were created by good friends of ours who care deeply about what happened to Tanner and want to see justice served,” said Kim. “Tanner left behind so many loved ones who miss him dearly and we will never give up until we find those responsible.”

Police said they believe Tanner died as a result of an altercation with a group of men. They haven’t made an arrest in the case, but they believe that people with knowledge of what happened to Tanner may now be in Edmonton.