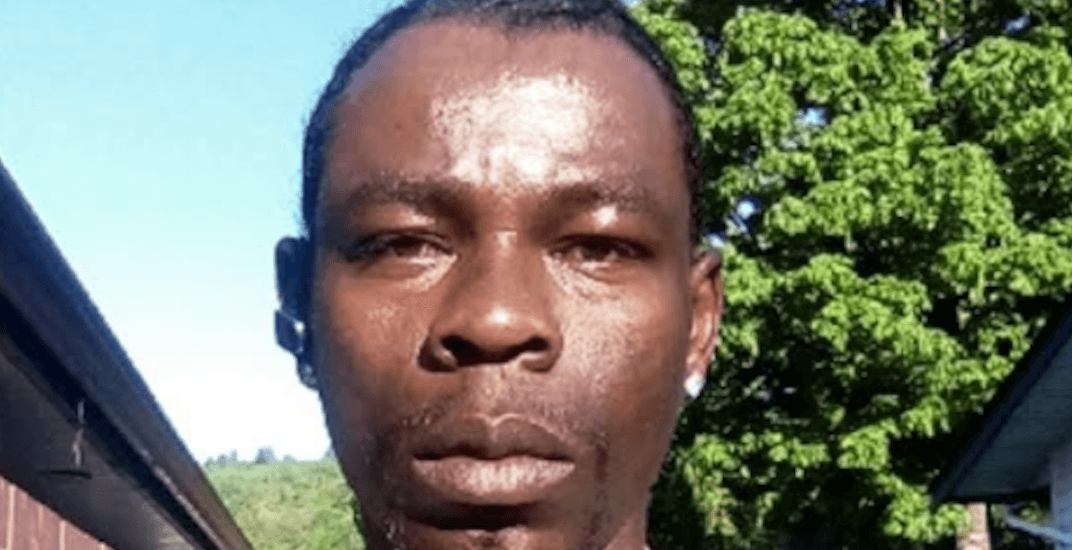 Surrey RCMP is asking for the public’s help in finding a man wanted in connection with an alleged domestic assault.

The woman was reportedly held at knifepoint, pushed in the face, and threatened with more violence.

The suspect, Linton McLeish, fled the scene and hasn’t been found since.

Now, a warrant for McLeish’s arrest has been issued after a charge of Assault with a Weapon was laid.

Police describe McLeish as a 38-year-old black man with brown eyes and black hair, who weighs 190 lbs and is  5’9” tall.

“Domestic violence is rarely a single incident,” said Surrey RCMP Cpl. Scotty Schumann in a statement on Wednesday. “There is always a high likelihood that the violence will become more frequent and more severe over time.”

Schumann added that if anyone knows where McLeish is, they should contact police immediately.