After we published the Vancouver bus which displayed an ad in only Chinese, many Metro Vancouver residents were upset that neither English and/or French were included in the ad. Moreover, the comments in the article highlighted something that has been bubbling under the radar in Metro Vancouver: racism.

Sadly, racism still exists and, for the most part, is an issue that is often neglected. And it’s not always ethnic minorities being attacked, minorities can also be racist to Caucasians.

Seeing an ad like the one below is not out of the norm. In a multicultural region like Metro Vancouver, it’s hopeful that one day these kinds of ads disappear. 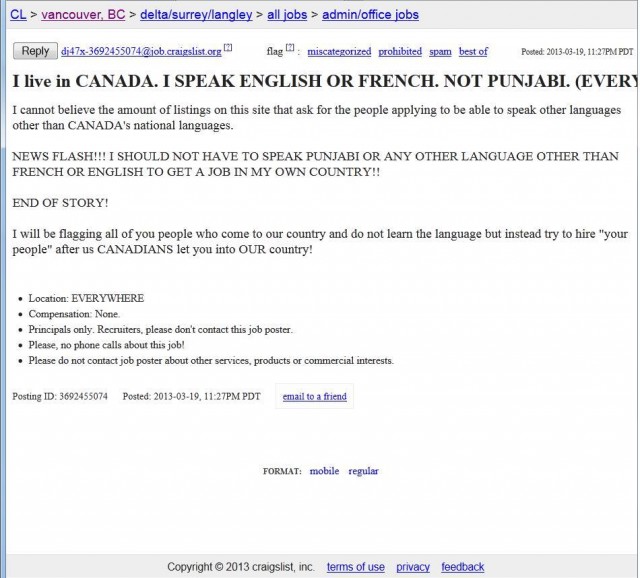 At press time we were unable to locate the ad online. This was tweeted to us by a loyal reader.