When Finnish trance superstars Super8 & Tab performed at the recently renovated Celebrities Nightclub for Stereotype Fridays on April 26, it was surely one of the highlights of the year. The duo threw down an energetic and uplifting set in front of a very enthusiastic crowd. I had seen them play a great show at Celebrities back in 2011 with Sander van Doorn, but on this night, they made a real impression on me as some of the absolute best in the trance game. 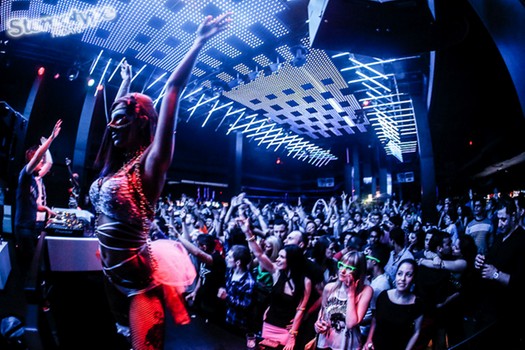 Super8 & Tab took full advantage of the improved Funktion-One sound system in the club as they cycled through the long list of hits they have produced over the years. They opened with the classic “Tracking Treasure Down” by Gabriel & Dresden, which was well received. Powerful basslines propelled euphoric melodies all night long and early in the set they dropped their upcoming track with popular vocalist Julie Thompson “Your Secret’s Safe.” It hasn’t even been released yet but most of the crowd already knew the words and sang along with emotion. That was followed by some of their other major hits including “Teardrop”, “Black Is The New Yellow”, and their most recent release, “L.A.”

In between their own tracks Super8 & Tab sprinkled in songs by fellow Anjunabeats artists, with a handful by Above & Beyond (“Alchemy”, “Walter White”, “Black Room Boy”), Bluestone (“Sinai”), and Myon & Shane 54 (“Lights” feat Aruna). Two of the biggest moments of the night were the Super8 & Tab mashup of “Satellite” and “Awakenings”, and their remix of Gareth Emery’s “Citadel.” 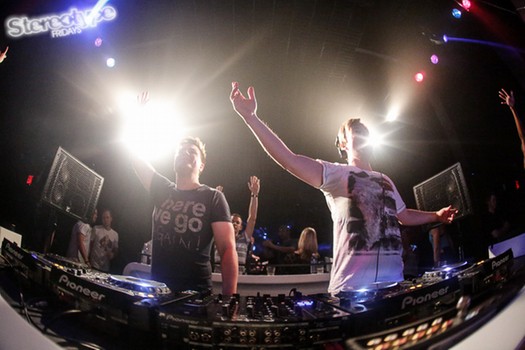 The duo was genuinely enjoying their performance and were receptive to song requests from the audience. The set closed with their remix of “Can’t Sleep” by Above & Beyond but the crowd wouldn’t let them go without an encore. The club was still mostly full at 3 a.m and everyone was cheering heartily for them to return. Super8 & Tab came back for one last track and played the absolutely massive Rank 1 remix of their song “Enemy.” The light show was going off as we experienced the full force of the club’s sound. When the night came to a close and we stumbled outside people were buzzing about the quality of the show.