Well, it’s the start of a war.

Vancouver-based Blink ad agency was inspired by the #CanalNotes, a Post-it Note art battle that has taken over the internet since it was started by ad agencies on Canal Street in New York City. It all started with a simple “hi” and evolved from there.

Now Blink is challenging other Vancouver agencies to take part in what’s quickly becoming a phenomenon among ad agencies around the world. “We just saw some of the fantastic things the New York agencies were doing and, of course, we like to be creative, so we just thought it would be a fun thing to participate in,” Kristina Stoyanova with Blink tells Vancity Buzz. Each character – Mario, Yoshi, and Ghost, took three hours each to construct, she says. 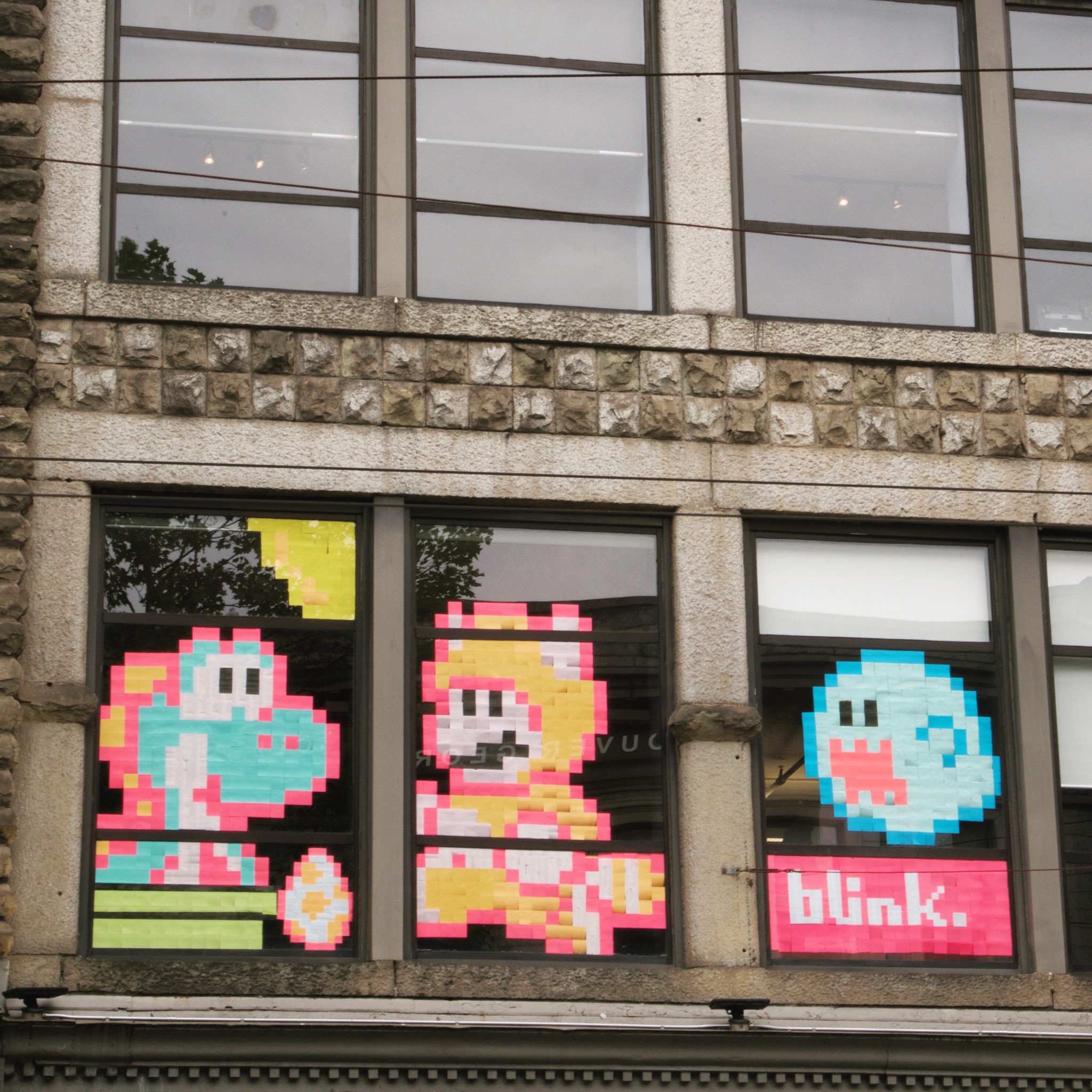 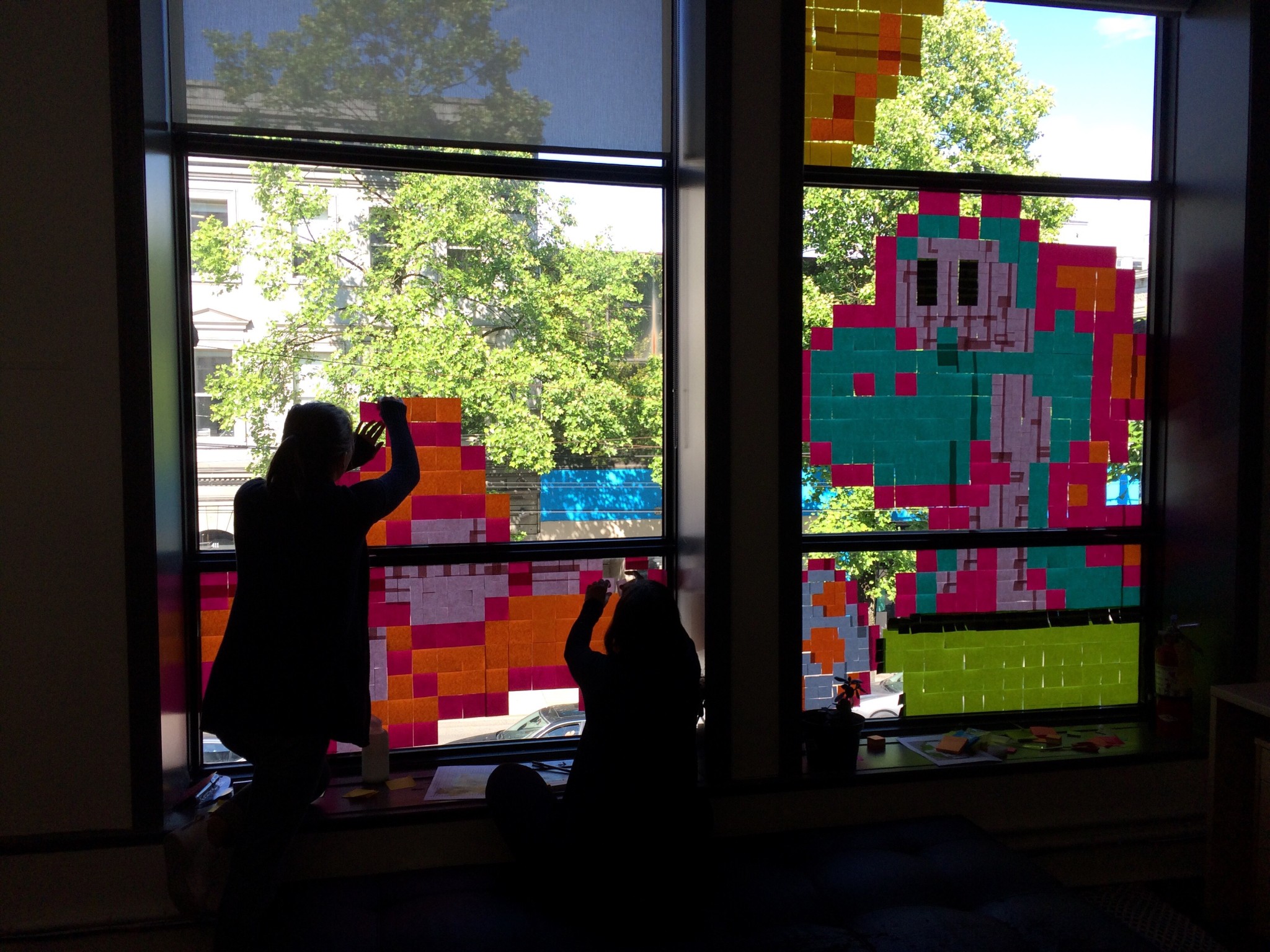 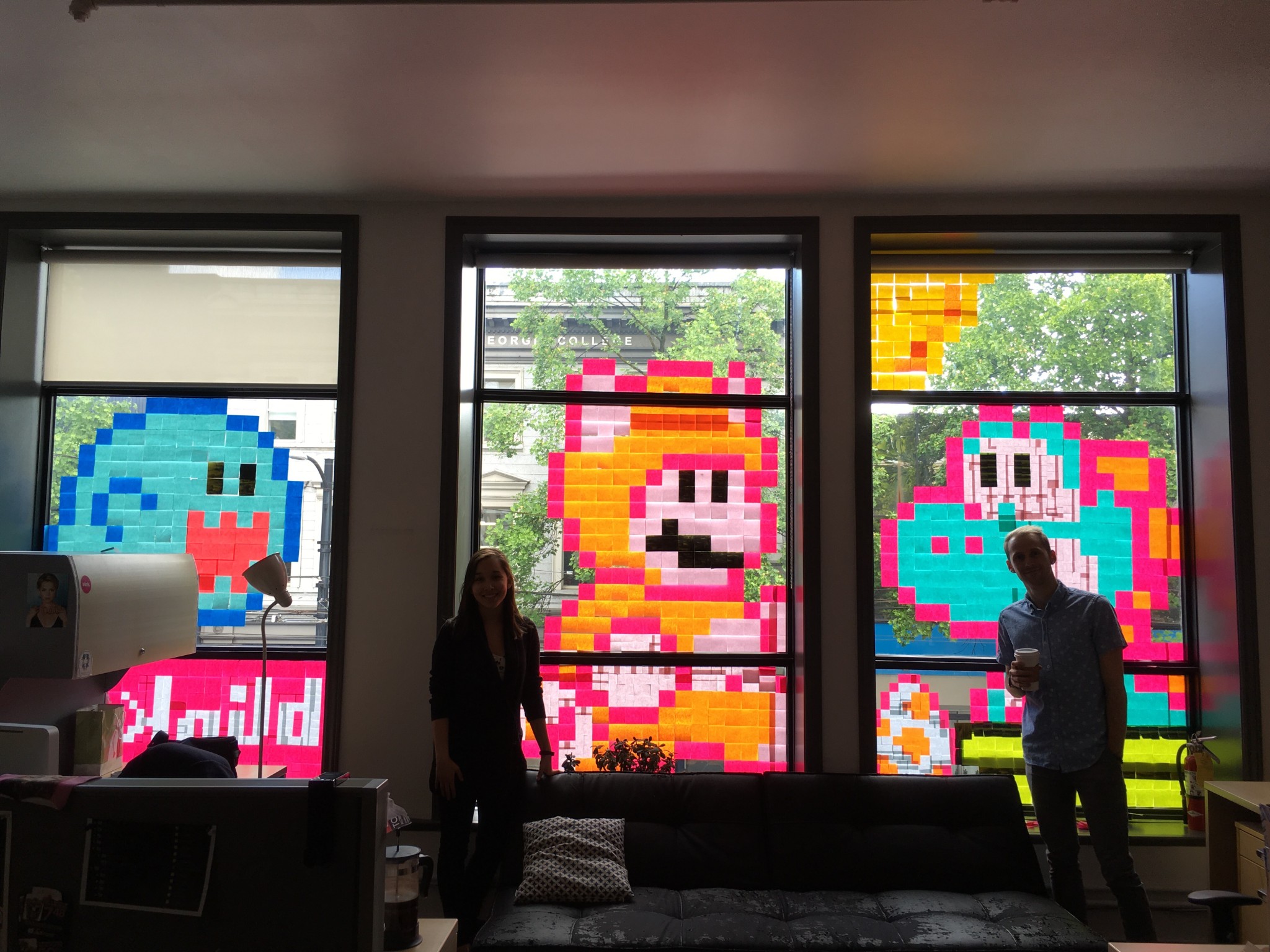 Since Blink sent the challenge out on Twitter, Gastown-based Popcorn agency has responded, and they’re currently constructing their own Post-it Note mural.

Blink is aiming to make #YVRnotes a trending hashtag in the city.

Here are some examples of the #CanalNotes that started it all:

The #postit art is getting crazy! Amazed this was never a thing before. #interofficeLove #canalnotes pic.twitter.com/NvZUj98IEs — Scott Ahearn (@scottahearnnet) May 13, 2016

To catch a glimpse in person, pop by Blink’s office at 420 West Hastings Street, and keep your eyes peeled for other #YVRnotes popping up around Vancouver.