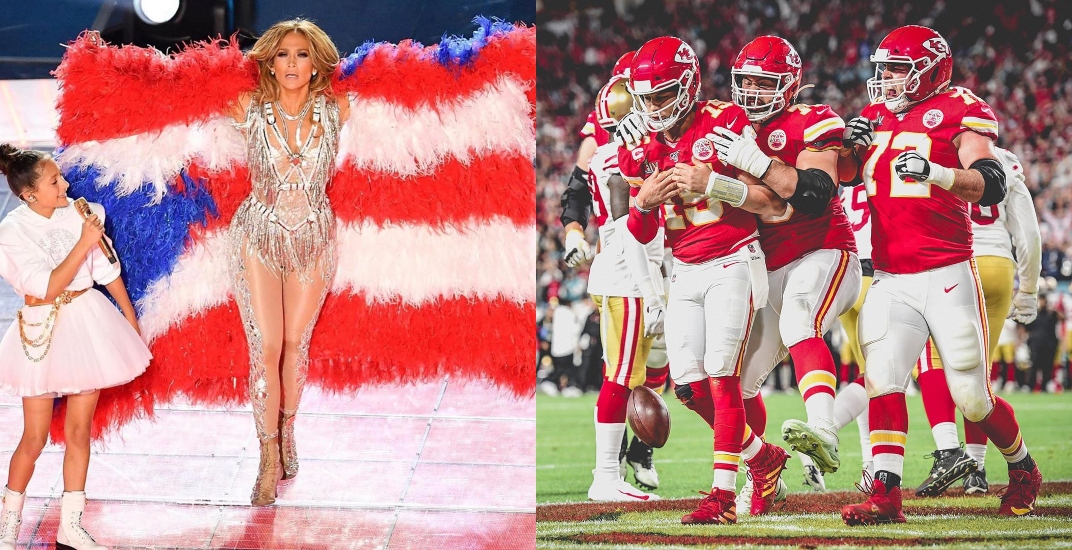 Sunday’s championship game between the Kansas City Chiefs and San Francisco 49ers was the most-watched Super Bowl ever in Canada, attracting a record average television audience of 9.5 million viewers on CTV, TSN, and RDS, according to preliminary data from Numeris.

Nearly 18.7 million unique Canadian viewers — more than half of Canada’s population — tuned into some portion of Super Bowl LIV. Audiences peaked at 12.1 million viewers during the halftime show, which featured Jennifer Lopez and Shakira.

Television ratings were helped by the game’s compelling finish, as the Chiefs erased a 10-point deficit in the fourth quarter — taking the lead on a Patrick Mahomes touchdown pass to Damien Williams with 2:44 left.

Last year’s game between the New England Patriots and Los Angeles Rams, which was the lowest-scoring Super Bowl ever, drew an average audience of 8.2 million people in Canada. The previous highest-rated Super Bowl ever north of the border was in 2015, when an average of 9.2 million people tuned in to watch the New England Patriots beat the Seattle Seahawks.

Bell Media says the Super Bowl “scored major share figures in key markets across Canada,” including Calgary and Vancouver, where 80.3% and 79.5% of people watching television were tuned into the Super Bowl, respectively.

Audiences for the NFL playoffs on CTV, TSN, and RDS grew by 31% compared to last year, reaching nearly 22 million Canadian viewers, according to Bell Media. Additionally, the Super Bowl currently ranks as the most-watched broadcast of the 2019-20 broadcast season in Canada.