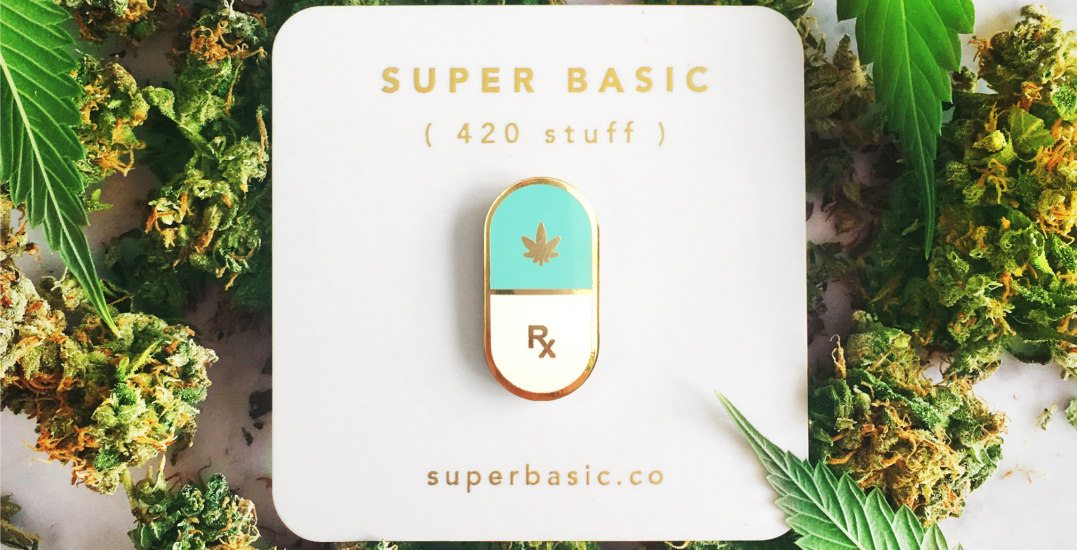 If you could describe the counter-culture hipster movement in two words, what would they be?

Well, a quirky pin company called ‘Super Basic‘ launched in July 2017, in response to this movement, gently mocking it for its exclusivity. Fast-forward seven months, and the brand is still going strong, shipping to over 60 cities in eight countries.

This pin is part of the brand’s 420 Stuff collection and its aim is to help eliminate the stigmas long associated with marijuana. With a two-tone design and the cannabis plant in gold, the pin subtly touts a prideful attitude.

People from London, NYC, LA, and as far as Sydney, fell in love with the bold brand and maybe you will, too.

For more information visit Super Basic and check out the brand on Instagram.