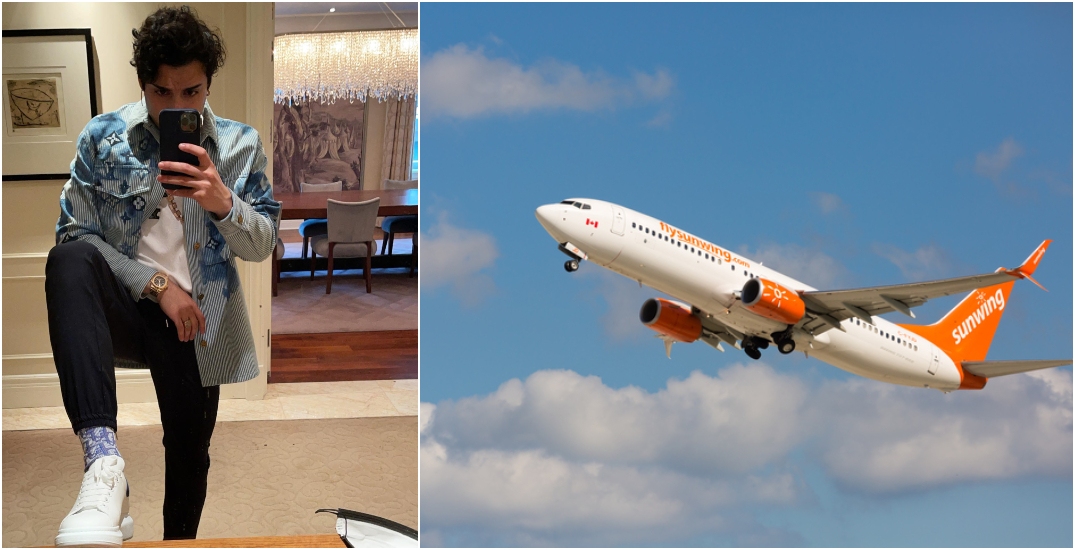 The “Sunwing party plane” organizer is speaking out against the government and officials who have reprimanded the passengers of the infamous flight that turned into a full-scale media frenzy over the winter.

On Thursday, James Awad Williams voiced his displeasure regarding the dozens of fines issued to the passengers of the flight he helped organize.

Over the past several weeks, Transport Minister Omar Alghabra has announced several fines that have been issued to passengers on the privately-chartered Sunwing flight, which was filled mostly with Instagrammers, influencers, and reality show actors.

As it currently stands, 24 infractions have been handed out to the flight’s passengers, ranging from fines for not wearing face masks to non-compliance with federal COVID-19 vaccine rules.

Without giving specific prices, Alghabra says each fine could range “up to $5,000 each.”

“Fining $2,500 to people that were not wearing a mask in a private plane going to a country that has no restrictions is just people in power being idiots,” said Awad Williams on Thursday. “As if everybody makes enough money to pay those dictatorship fines?! After you close all the businesses and destroy almost 50% of the jobs and businesses in Canada? That doesn’t make any sense.”

To get fined for going on vacation and being young. Fuck you, literally. You don’t have to feel bad for me, but I feel bad for the people you are trying to destroy for something so little. You made a big deal out of this for people to forget about what’s really going on.

Awad Williams says politicians in power have access to “unlimited money,” but regular people — who he says count on them to do their jobs well within the justice system — do not.

“We work hard every day, losing our minds with your curfew and quarantines rules for 2 years, end up going on vacation to get fined,” he continued.

He claims the passengers of the flight were only fined for “going on vacation and being you. Fuck you, literally.”

Awad Williams — who is the CEO of community organization TripleOne — says society “made a big deal out of this for people to forget what’s really going on.”

A recap of this winter’s “Sunwing party plane” fiasco

“Aviation rules must be respected by everyone for the sake of everyone’s safety,” he said. “Transport Canada will continue to investigate and issue all necessary penalties.”