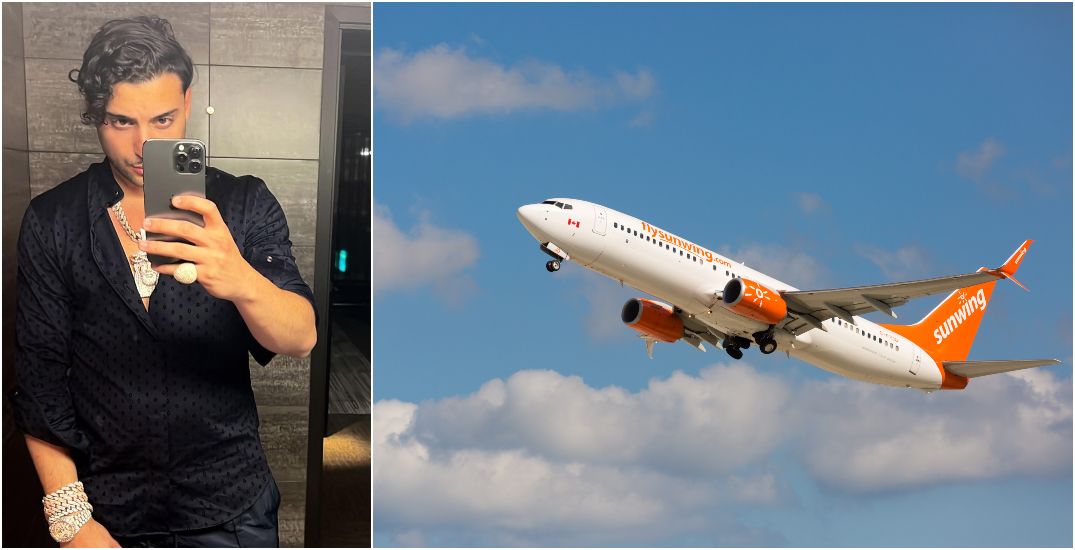 The “Sunwing party plane” now has all the ingredients to be made into a movie after the organizer of the infamous flight has challenged Canada’s Minister of Transport to a fight.

Earlier this week, Minister Omar Alghabra announced a dozen more penalties in regards to the party plane, retroactive to the December flight from Montreal to Cancun that resulted in a full-scale media frenzy.

Currently, 24 infractions have been handed out to influencers and Instagrammers on the flight, ranging from fines for not wearing face masks to non-compliance with federal COVID-19 vaccine rules.

Without giving specific prices, Alghabra says each fine could range “up to $5,000 each.”

On Tuesday, the organizer of the flight, James Awad Williams (who goes by @senior on social media), challenged Alghabra to a charity boxing match, akin to Prime Minister Justin Trudeau and Canadian Senator Patrick Brazeau’s match in 2012.

I’m challenging @OmarAlghabra to a charity boxing match. If I lose, I pay the fines and I donate $1,000,000 to a charity of your choice. We can take example of our PM.https://t.co/974euui2ST

Awad is the CEO of TripleOne, a community organization. He also claims to have a music album coming out soon, and his Instagram page says he is “working on the future.”

His proposed opponent, Alghabra, has not responded to Awad’s fight request.

A recap of the this winter’s “Sunwing party plane” fiasco

“Aviation rules must be respected by everyone, for the sake of everyone’s safety,” he said. “Transport Canada will continue to investigate and issue all necessary penalties.”