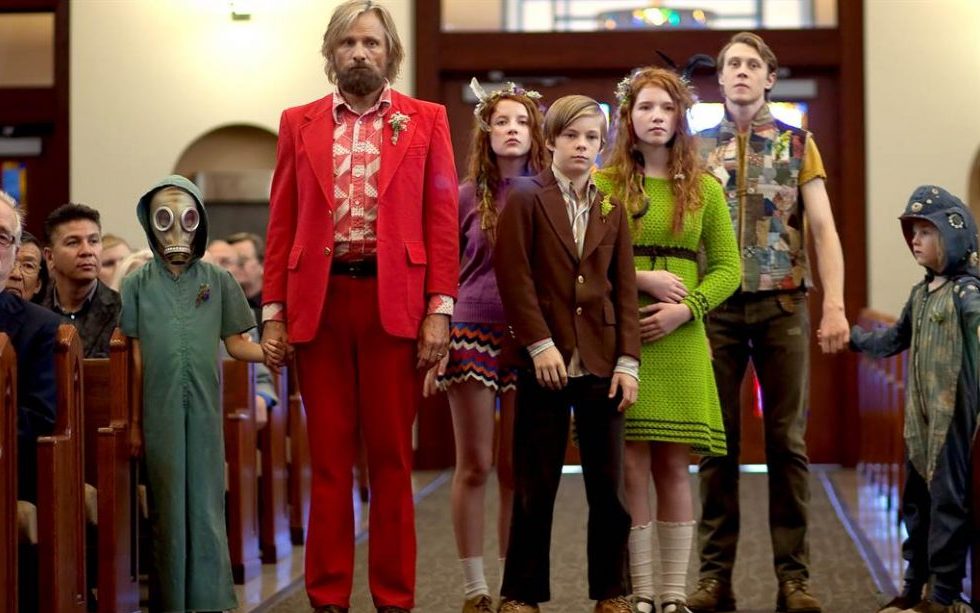 The summer is full of big money blockbusters that distract and vie for your attention. But there are so many other films that get released at this time that don’t get the pomp and circumstance that they deserve.

Quality shouldn’t be measured by how much money is spent on the making of a movie. Every year there are some hidden gems that deserve some eyes. For every Ghostbusters or Finding Dory, there are smaller movies that sneak up on us and find their footing through quality and word of mouth.

Below are ten films that you should mark down on your list and check out sometime this summer. Some are on limited release so it means you need to check your local listings and find a theatre that will most likely be playing it. Trust me, some of these are worth the treasure hunt.

This looks like the perfect little horror film to check out this summer. It’s about a family terrorized by the ghost of a young girl who only appears when the lights go out. So you can fully expect a ton of jump scares and finger nail chomping. This is director David F. Sandberg’s first feature, and it’s already getting rave reviews at festivals. Put this on your list, bring your partner, and spend 81 minutes being terrified.

I’m a sucker for anything Viggo Mortensen, and this film looks stellar. There is already a lot of buzz regarding Mortensen’s performance as Ben, a father who raises his children in seclusion far out in the forests of the Pacific Northwest. After the children’s mentally ill mother commits suicide, they want to go back into civilization for her funeral.

Ben knows that once he confronts family, that they may try and take his kids from him. This film was written and directed by Matt Ross, who is also a fabulous actor and has been in hit shows like HBO’s Big Love and Silicon Valley. Because it’s on limited release, you’ll have to dig into your local listings to find this one. But keep your eyes open and check it out when it plays in your city.

Actor Logan Lerman is someone you want to keep an eye on, and you can, with his new film Indignation. Based on the 2008 Philip Roth novel of the same name, the story centres around an extremely intelligent college student Marcus Messner in 1951.

Mark falls for a beautiful classmate named Olivia Hutton (Sarah Gadon) but as soon as their love affair begins, Marcus’s family and the college Dean try and squelch it due to Olivia’s battle with mental illness.

When a terrible accident happens, Marcus’s life is turned upside down. This film looks intense and the early buzz is that Lerman gives a career defining performance.

This film, starring Chris Pine, Ben Foster and Jeff Bridges, looks electric. It’s a neo-Western about two brothers who start robbing a branch of banks that are foreclosing on their family land. As they start getting away with their crimes, a foul-mouthed Texas Ranger (Bridges) is determined to crack the case before he rides off into retirement.

Tensions rise and there is a final showdown that will either see the brothers behind bars or find the freedom they’ve been fighting for. This was one of the top films at this year’s Cannes Film Festival and is getting rave reviews. This will most definitely be one of the top movie gems this summer.

This is considered the first R-rated computer-generated animated film, brought to you by a bunch of good Canadian kids (Evan Goldberg and Seth Rogen). The story centres around a sausage named Frank (Rogen) who leads a group of supermarket products to the Promised Land: A home with a human.

However, they soon discover that it’s not the paradise they dreamed of, and humans are horrific creatures who only want to freeze and eat them. Frank and his friends decide that they need to save all of foodkind and warn them about the unspoken injustices and genocide that goes on outside of the grocery store.

This looks hilarious and is chalk full of fantastic comedic actors. Sausage Party could be one of the best comedies of the summer, so make sure you check this one out.

Daniel Radcliffe has made some very interesting acting choices post Harry Potter, and he continues to take on juicy roles. That trend continues as he plays an undercover FBI agent named Nate Foster who infiltrates a white supremacist group of terrorists.

The FBI soon find out that this terrorist cell is planning to kill thousands, and Foster not only needs to stop it, but also keep his identity hidden from suspicious skin heads.

This is truly one of those really small gems that will get a very limited release in theatres, but should be available to watch on video-on-demand. Add this one to your list.

Kubo and the Two Strings

This year will go down as one of the best years in cinematic history for animation, and Kubo and the Two Strings should continue that trend. With the voices of  Charlize Theron, Ralph Fiennes, Rooney Mara, George Takei, and Matthew McConaughey, this 3D stop-motion film tells the story about a boy discovering his destiny as a great samurai like his father.

Kubo, along with a monkey, and a sidekick named Beetle, searches for magical armour so that he can defend his people from evil. This looks amazing and isn’t getting the promotion it deserves. Mark this one down as another family gem that isn’t from Disney.

This has my name written all of it. Two young stoners decide to become arms dealers. They cut a deal to start selling weapons to Afghanistan but quickly find themselves in hot water.

Although they make tons of cash, they find out that selling guns isn’t as easy as they thought. Believe it or not, this is based on a true story. The casting of Jonah Hill and Miles Teller is perfect and although you’re not seeing a ton of publicity for this yet, the story itself should attract enough people to it. Not sure how good this one will be, but it does peak my curiosity.

I always have to include a good horror or thriller on my list. This looks original and intense. It’s about a bunch of young people who steal from the rich. One of the thieves has a father who happens to own a security company, so he knows how to bypass some of the company’s client’s security systems.

However, these young robbers bite off more than they can chew when they are caught by a blind military veteran played by Stephen Lang. Early buzz on this is it’s scary, intense and will be an absolute thrill ride.

The Light Between Oceans

This is directed by Derek Cianfrance who gave us Blue Valentine, and The Place Beyond the Pines. This time he takes us to a lighthouse where a World War I veteran, played by Michael Fassbender, and his wife, played by the talented Alicia Vikander, raise a child that they found on a lifeboat.

Of course their lives are turned upside down when years later the birth mother of the child (Rachel Weisz) shows up. This film is based on the M.L. Stedman novel of the same name. This looks like an excellent drama that should have its fair share of tears. Also, what a cast!