Indie darling Sufjan Stevens returns to Vancouver for the first time in five years on June 9. The singer-songwriter is promoting his latest album Carrie & Lowell, which cracked the top 10 on Billboard’s album chart and garnered universal acclaim from critics – Rolling Stone gave it four stars and called it “his most emotionally draining album” yet.

As indicated by our setlist preview, Stevens plans to perform Carrie & Lowell in full, as well as a handful of deep cuts from his back catalogue. But before he takes the Orpheum stage, we’ve compiled a list of three random facts about the brooding singer you might want to know going in. Nothing important – just useless trivia to impress your friends and annoy your co-workers with.

1. Sufjan Stevens has actually recorded music you can dance to

Stevens has had some of his darker tunes featured in movies and television shows, but the singer took on an even bigger challenge in 2012 by lending his musical chops to the New York City Ballet. Choreographer Justin Peck approached Stevens in hopes of using the star’s 2001 album Enjoy Your Rabbit for a piece with the company.

The two men hit it off instantly, and their first ballet, Year of the Rabbit, opened in 2012 to rave reviews. The pair collaborated on a second ballet called Everywhere We Go that once again featured a score by Stevens and choreography by Peck. “Ballet is like proof of the existence of God, whereas my art is proof of the existence of me,” Stevens told The New York Times. 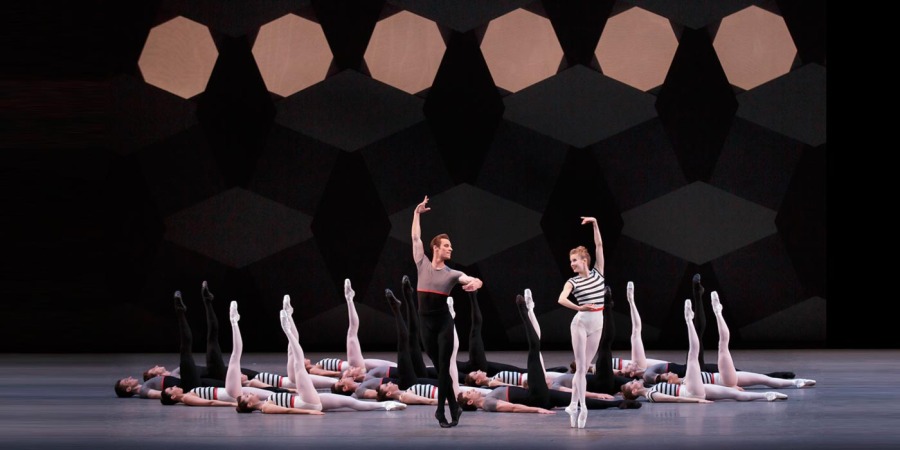 2. He hates it when bad things happen to good sentences

Many celebrities have taken to social media to offer advice to Miley Cyrus (Sinead O’Connor alone penned five open letters to the star in 2013). Sufjan Stevens took to his official website to air his grievances with Cyrus, but not because of her onstage antics. Instead, Stevens was deeply offended by the singer’s grammar, or lack thereof.

“I can’t stop listening to #GetItRight, but maybe you need a quick grammar lesson,” he wrote before schooling the singer on irregular verbs. “I’m not the best lyricist, but you know what I mean,” he continued. “#GetItRight the next time. But don’t worry, even Faulkner messed it up. We all make mistakes, and surely this isn’t your worst misdemeanour”

3. He does some really cool things for his fans

Last year, members of the Wu-Tang Clan made headlines by announcing they’d recorded a double album and made only one copy of it. The group planned to tour museums and art galleries with the record before selling it for a price “in the millions.” The one copy premise was pretty innovative stuff, but Stevens did it first years ago with a song he recorded called “The Lonely Man of Winter.”

In 2007, Stevens held a songwriting contest where one fan was awarded an original recording by the singer and the legal rights to do as they pleased with it. The contest’s rules stated that the winner could “sell it to a major soft drink corporation” or “use it in your daughter’s first Christmas video,” but winner Alec Duffy chose neither of those options. Instead, Duffy arranged free private listening parties for fans in his Brooklyn apartment where, according to one of his ads, he will “share some conversation, slip some headphones on you, and press play.”

Tickets for Tuesday night’s show are completely sold out, but a few are up for grabs on various ticket resale sites. As you can see by our setlist preview, Stevens has an epic night in store for his fans so be sure to check Vancity Buzz on Wednesday for Yasmin’s review of the concert. 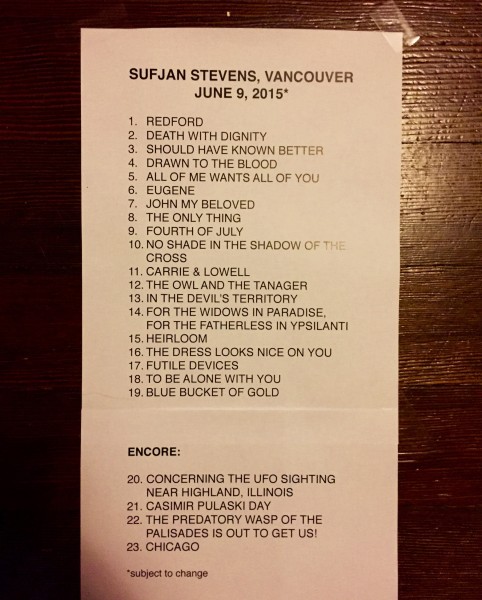