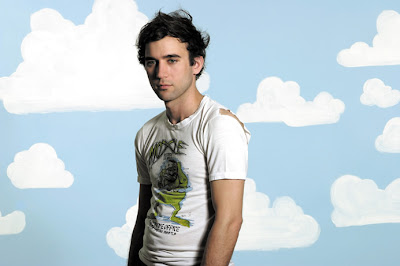 Sufjan Stevens is an interesting cat to the say the least. The Detroit native has released 4 albums in the passed 2 years after not having any new music for almost 5 years, Sufjan (pronounced SOOF-yahn) definitely kept himself busy in between; lending vocals and his musical genius to the likes of The National or the AIDS benefit compilation “Dark Was The Night”.
After releasing the instrumental BQE (Brooklyn-Queens Expressway) and electronica re-release of his 2001 album “Enjoy Your Rabbit” I thought Mr Stevens was doomed, having written some of the greatest indie-rock songs of all time like “Chicago” or “Come on, feel the Illinoise!” to releasing nothing but abstract albums that are harder to get in to than the Cambie on a Friday night. Thankfully with his new EP “All Delighted People” Sufjan has restored my faith in humanity and the Cambie (not really, I hate the Cambie) The Album self described as a “homage to the apocalypse and Paul Simon’s Sound of Silence” is an 8 song masterpiece, full of folk-rock, indie-rock, experimental-rock and everything in between. Starting off with a song that’s been in Sufjan’s catalogue longer than Justin Bieber has been alive “All Delighted People (original version)” brings Sufjan back from the strange/confusing and in to the indie-rock spotlight once again. The real gem of this EP is the second version of the title track “All Delighted People (classic rock version)” which gives a more classic Sufjan feel/sound and begins a beautiful tri-fecta of tracks to end the album, second in line is the folk driven, haunting “Arnika” where Sufjan’s angelic voice whispers about being tired of life, while death and strife are his friends it’s a real pick me up song. Finally to finish off this EP which literally came out of no where and had music blogs scratching their heads and furiously trying to re-load the heavy traffic site where Sufjan had set up for fans to download…is the 17 minute epic “Djohriah”. Finding words to describe this song is not an easy task, it includes everything from a 13 minute guitar freak out which may sound like Sufjan Stevens just making it up as he goes in the studio but turns out to be one of the greatest guitar performances you’ve ever heard, when the vocals finally kick in around the 14 minute mark we’re gifted with an amazing folk song and moving lyrics telling the story of Sufjan trying to inspire hope in someone who seems to have lost it all.
To add more to the ante Sufjan is also releasing a full length album in October titled “The Age of Adz” (Adz pronounced odds) which is also the same month Sufjan will grace Vancouver with his presence at the Orpheum. Not sure there could be a better venue for him to play his beautiful melodic variety of indie/folk rock but sure enough it will be a night to remember, especially since Sufjan could really do anything that night. He’s always full of surprises and I’ll guarantee the only thing you won’t be surprised by on October 28th is how moved you’ll be by Sufjan at the end of the evening.
The show is sold out but the day of stick by your computers and hopefully Ticketmaster will have some tickets to release the day of the show… or start searching craigslist, now.