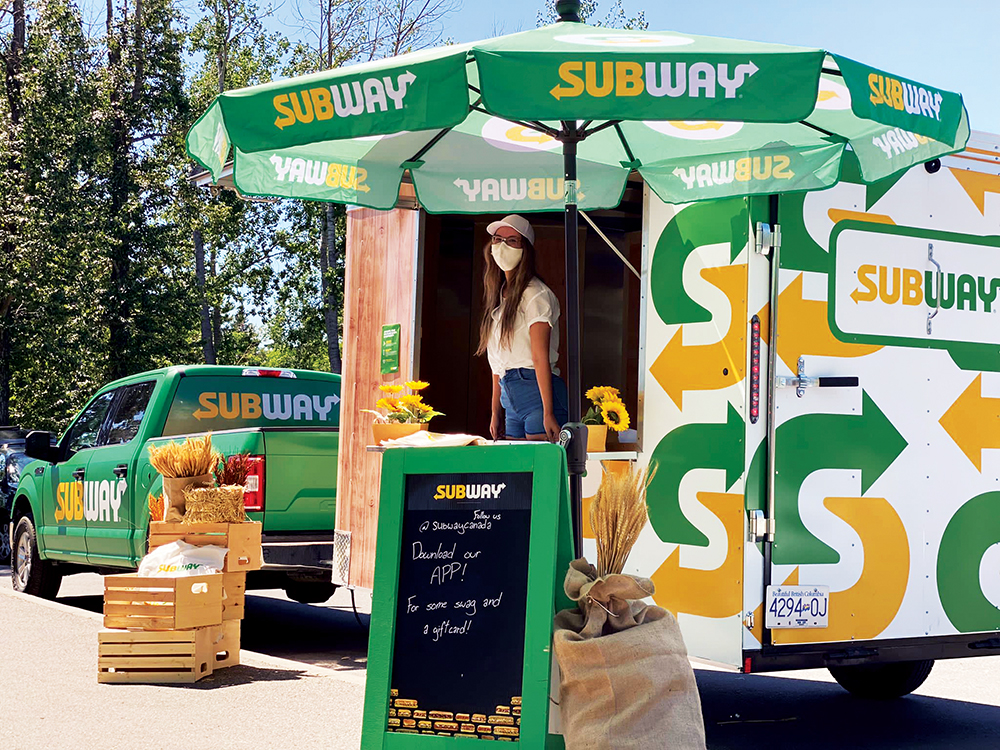 Juicy, red tomatoes. Crunchy cucumbers. Crisp lettuce. Eating fresh sounds amazing but we also get it – getting your daily dose of fresh fruits and veggies can be a challenge.

That’s why, this summer, Subway is hitting the road with its Eat Fresh Tour, which will be touring local cities and towns. Coined the Subway Eat Fresh Tour, these pop-ups will be making appearances at beaches, parks, campgrounds and Subway restaurants all over Western Canada.

Be sure to stop by select locations in Alberta and BC to learn about the ongoing commitment to sourcing fresh veggies at Subway. To keep the fresh eats going post-tour, those who download the Subway app can get their hands on Subway-branded garden seeds, including tomatoes, lettuce, and cucumber — and get growing this summer with their own home garden.

The tour will kick off in Alberta and BC on July 1 and July 6, respectively, and travel throughout the provinces. For the full list of locations and dates, take a peek below to see when they’ll be popping up in your neighbourhood. 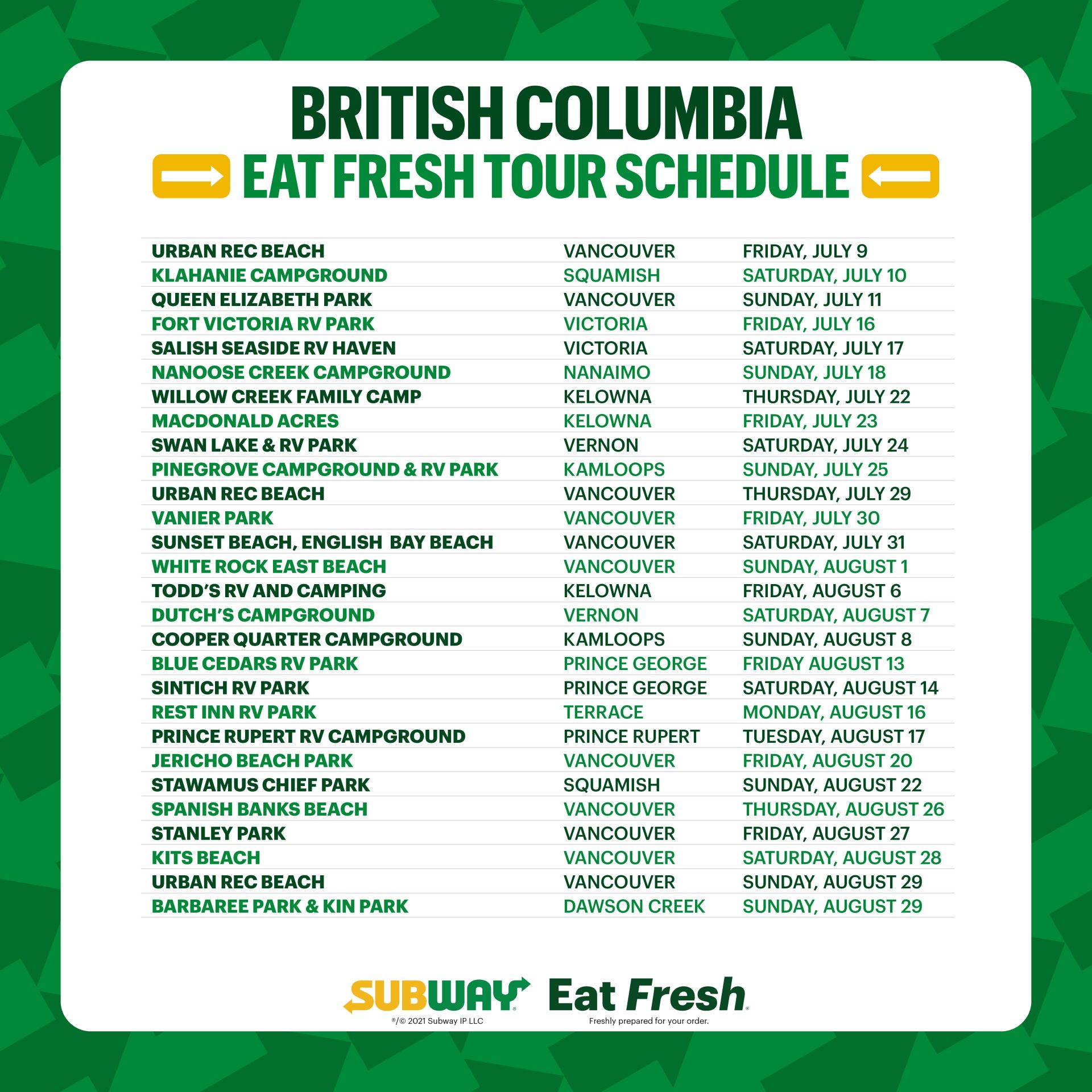 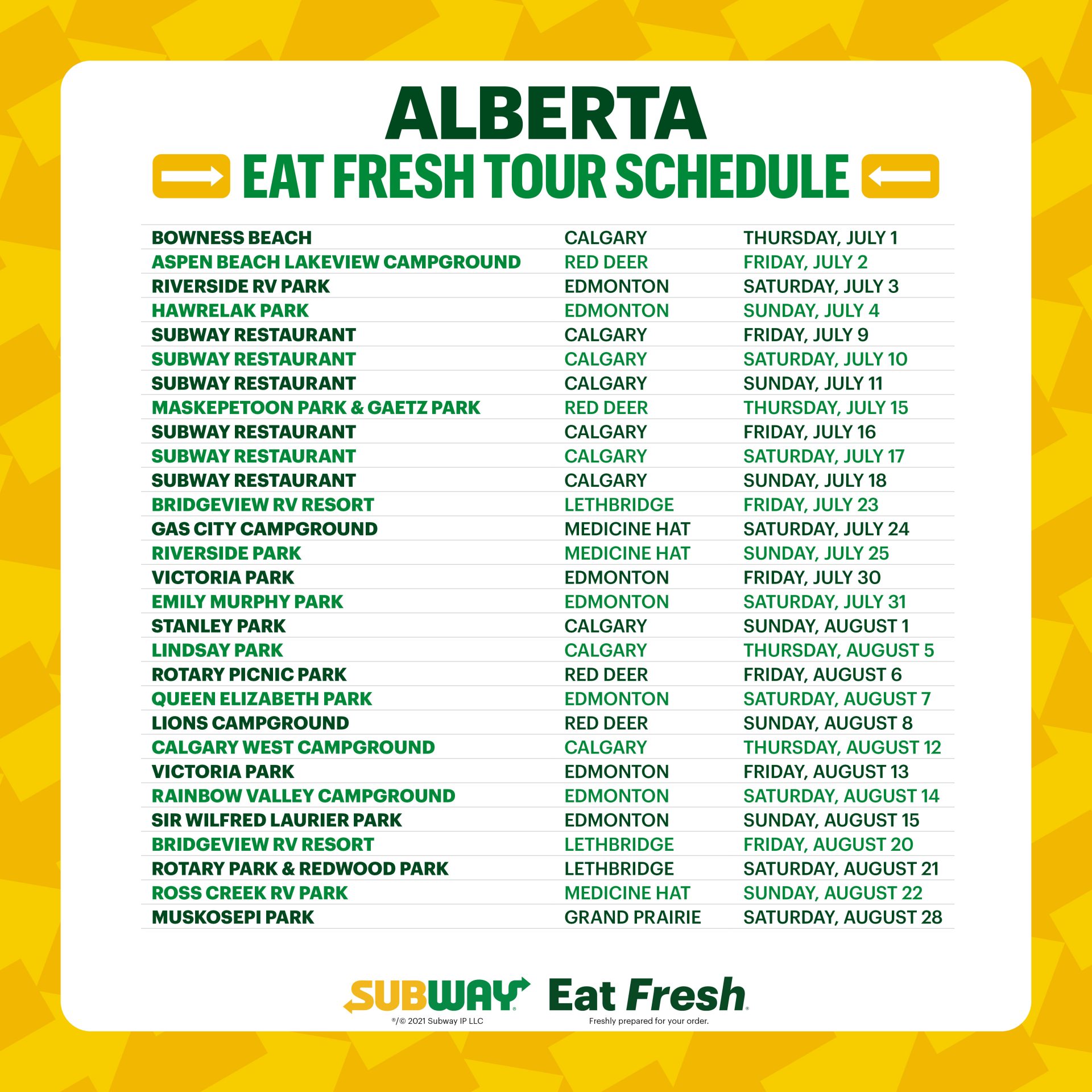 Subway Restaurants are proud to source Canadian ingredients. Through their partnerships with many Canadian family-run farms, they ensure the quality meat you want is what you get. Their turkey and chicken come from animals raised on Canadian farms, while they also source much Canadian-grown produce during local growing seasons.

In case you’re still in need of some persuading, the mobile farmer’s markets will also be giving away Subway gift cards, BOGO coupons, and reusable tote bags, making it easy to continue integrating freshly-prepared meals into your everyday life.

Mark your calendars and come say hello. You can count on leaving with some goodies that will kick off a summer of eating fresh veggies. To learn more about the Subway Eat Fresh Tour or how you can eat fresh at home, you can follow along on Twitter @EatFreshTourAB and @EatFreshTourBC.